This histomap, created in 1931 by John B. Sparks, is probably one of the most interesting bits of info you’ll probably come across in a while and serves as a good break from today’s politics.

View a high resolution version of this graphic

Imagine creating a timeline of your country’s whole history stretching back to its inception.

It would be no small task, and simply weighing the relative importance of so many great people, technological achievements, and pivotal events would be a tiny miracle in itself.

While that seems like a challenge, imagine going a few steps further. Instead of a timeline for just one country, what about creating a graphical timeline showing the history of the entire world over a 4,000 year time period, all while having no access to computers or the internet? END_OF_DOCUMENT_TOKEN_TO_BE_REPLACED

Russian Orthodox Archbishop Hilarion Alfeyev issued what could only be viewed as a warning to Western churches during a speech last week at the Russian Embassy in London. END_OF_DOCUMENT_TOKEN_TO_BE_REPLACED

In one case, the bomb was situated at the front of the church, tearing through pews and bodies. END_OF_DOCUMENT_TOKEN_TO_BE_REPLACED

In May 2015, U.S. federal prosecutors filed criminal indictments against fourteen FIFA employees and associates in connection with an investigation by the United States Federal Bureau of Investigation (FBI) and the Internal Revenue Service Criminal Investigation Division (IRS-CI) into wire fraud, racketeering, and money laundering which was all centered around bribery. Then 16 more officials were indicted in December 2015. We also see that Super Bowl viewership peaked in 2015 at 115 million and has begun to decline from a major 26-year high. Last year, Super Bowl viewership fell to 111 million, which is actually the Bearish Reversal. So if 2017 comes in under 111 million, this will confirm sports have begun a bear market. This is yet another parallel with the decline and fall of the Roman Empire. END_OF_DOCUMENT_TOKEN_TO_BE_REPLACED 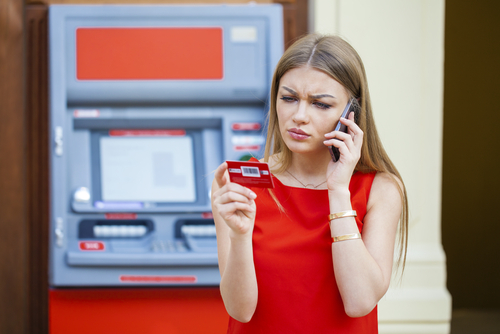 The European Payments Council (EPC), a subdivision of the European Central Bank, is taking one giant step forward in their quest to eliminate all cash to increase taxes. They have gone ahead and set up the technical bases last week to enable the immediate payments system throughout Europe. One of the stumbling blocks has been the fact you cannot transfer money same day for banks like to play with your money and holding it for a few days. If the payment comes from overseas, the bank will not “clear” the funds usually for six weeks. END_OF_DOCUMENT_TOKEN_TO_BE_REPLACED

END_OF_DOCUMENT_TOKEN_TO_BE_REPLACED

Thank you for the time you are spending to educate the public about what it really going on. I have followed your work for years, from before you were released from prison. Over the years you have made several comments about directional changes and have alluded to the idea that a crossroads is coming in that we will either enter another Dark Age or we will see the light towards greater liberty and freedom. More recently, you mentioned the year 2032 as a critical year in this regard.

In addition, you have mentioned that Trump winning the election would postpone the inevitable chaos, but that HRC winning would speed it along. END_OF_DOCUMENT_TOKEN_TO_BE_REPLACED 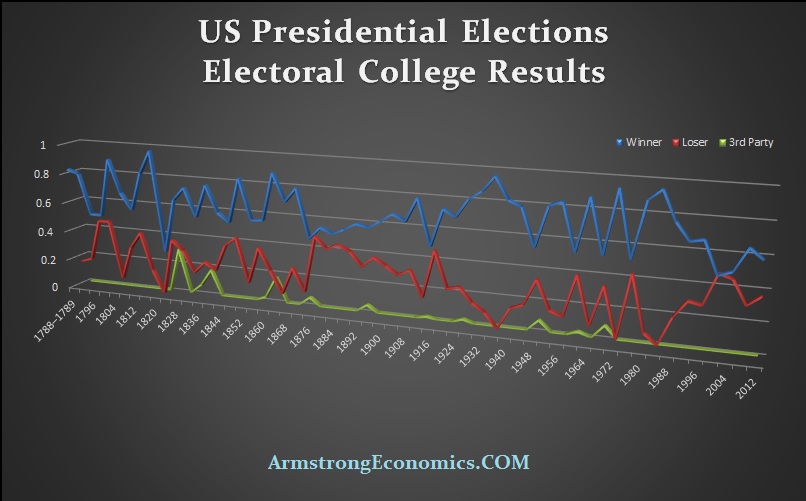 Looking at the Electoral College, yes it appears to be a close race again. The population voting models only give Hillary a 25% chance of winning. But the press is in all out war against Trump and the American people creating propaganda like we have never seen in American history. Once again, I will say this. UNLESS there is a huge turnout, they will UNDOUBTEDLY rig the game for Hillary. You have the Republican Elite who behind the curtain are pushing for Hillary. So I would also have to assume they will rig the election every which way possible. There is far too much at stake to allow an OUTSIDER to go to Washington. They stole state from Bernie to make sure Hillary won. Without that, Bernie would have been the candidate. END_OF_DOCUMENT_TOKEN_TO_BE_REPLACED

QUESTION: Mr. Armstrong, I think I am starting to see the light you have been shining. Negative interest rates really are completely insane. I also now see that months after you wrote about central banks were trapped, others are not just starting to entertain the idea. Is this distinct difference in your views that eventually become adopted with time because you were a hedge fund manager? END_OF_DOCUMENT_TOKEN_TO_BE_REPLACED

This is now the relentless drumbeat of the mainstream media, along with the Democratic and GOP establishment. The Republican front-runner is being smeared and demonized in a way not seen since Ronald Reagan.

Back then, liberals and Beltway Republicans — including George H.W. Bush — attacked Reagan for being an economic know-nothing, an “extremist,” a “militarist” and according to The New York Times, a “fascist.” For the ruling elites, Reagan was the new “Hitler.”

An article too good to post only a piece of:

Brace yourself for the most fundamental world change in 200 years, all foretold by your Bible!

If you were to look on the geopolitical horizon, it would appear we are heading toward a dark abyss. The dimming light has been noticeable for awhile, but the bright achievements of the past kept the future illuminated. Yet we are quickly coming to a point when a fundamental change in world order will bring about the worse time on Earth. We will have to pass through the night to get to the dawn.

This geopolitical twilight is partly being precipitated by the demise of the nation-state. The days of empire are returning. The age when people could enjoy the autonomy to govern themselves freely, while enjoying unique freedoms and protection from aggressors, is passing. This is a fundamental change to the established world order.

You need to know where events are leading. This geopolitical shift has everything to do with your future. No matter where you live or what you do, this change will affect your life in a dramatic way! END_OF_DOCUMENT_TOKEN_TO_BE_REPLACED

Some readers sent in comments that my use of the phrase “World War III by economic means using the pen” was harsh, so let me state this very clearly. Brussels and the Troika will NEVER back down. To them, the euro is irreversible and they refuse to see that their policies are dead wrong. Proof that this is the conquest of Europe with the pretense of good intentions to eliminate war: you cannot carry out such a noble goal by sheer force. Both Napoleon and Hitler could have said the same thing. Their conquest of Europe was to end war by creating once again the Roman Empire. As they say, the road to hell is paved with good intentions.

END_OF_DOCUMENT_TOKEN_TO_BE_REPLACED

Never has a declaration from the pope been more hotly anticipated. The leaking of an early draft of Pope Francis’s latest encyclical—an official addition to Catholic doctrine—certainly helped. The fact that it deals with global warming means that it has been discussed across many media outlets that rarely pay close attention to papal pronouncements. Britain’s left-wing Guardian newspaper even published whole sections of it and live-blogged its release.

This suits the pope’s purpose for the document perfectly. In his introduction he makes clear that, unlike his last encyclical, he is not just writing to members of the Catholic Church. Instead, he writes, “I would like to enter into dialogue with all people.” The Guardian called it “the most astonishing and perhaps the most ambitious papal document of the past 100 years.”

END_OF_DOCUMENT_TOKEN_TO_BE_REPLACED

What this essentially means is that the sword is coming from multiple fronts against America and it is unavoidable at this point. We are watching a new chapter in world history unfold before our eyes. Pax Americana will go into the history books as a new empire takes shape and fills in the vacuum. The only thing that can turn America around at this point is turning back to God after repentance.

Throughout history, political, financial, and military leaders have sought to create empires. Westerners often think of ancient Rome as the first empire. Later, other empires formed for a time. Spain became an empire, courtesy of its Armada, its conquest of the New World, and the gold and silver extracted from the West. Great Britain owned the 19th century but lost its empire due largely to costly wars. The US took over in the 20th century and, like Rome, rose as a republic, with minimal central control, but is now crumbling under its own governmental weight.

Invariably, the last people to understand the collapse of an empire are those who live within it. As a British subject, I remember my younger years, when, even though the British Empire was well and truly over, many of my fellow Brits were still behaving in a pompous manner as though British “superiority” still existed. Not so, today. (You can only pretend for so long.)

But this does suggest that those who live within the present empire—the US—will be the last to truly understand that the game is all but over. Americans seem to be hopeful that the dramatic decline is a temporary setback from which they will rebound.

Not likely. Historically, once an empire has been shot from its perch, it’s replaced by a rising power—one that’s more productive and more forward thinking in every way. Yet the US is hanging on tenaciously, and like any dying empire, its leaders are becoming increasingly ruthless, both at home and abroad, hoping to keep up appearances.

END_OF_DOCUMENT_TOKEN_TO_BE_REPLACED

But signs are increasing that this relationship is at an impasse. These days, major problems with Europe seem to come every few months, each sparking a reaction more impassioned than the last. And in 2014, the British electorate sent a strong message that it is ready to end the status quo. END_OF_DOCUMENT_TOKEN_TO_BE_REPLACED