The general in charge of U.S. nuclear forces warned Tuesday that Russia is building three new strategic weapons that circumvent the limits of the New START arms treaty.

Air Force Gen. John Hyten, commander of the Omaha-based Strategic Command, told Congress he favors requiring limits on the new weapons in any extension of the 2010 strategic arms accord. END_OF_DOCUMENT_TOKEN_TO_BE_REPLACED 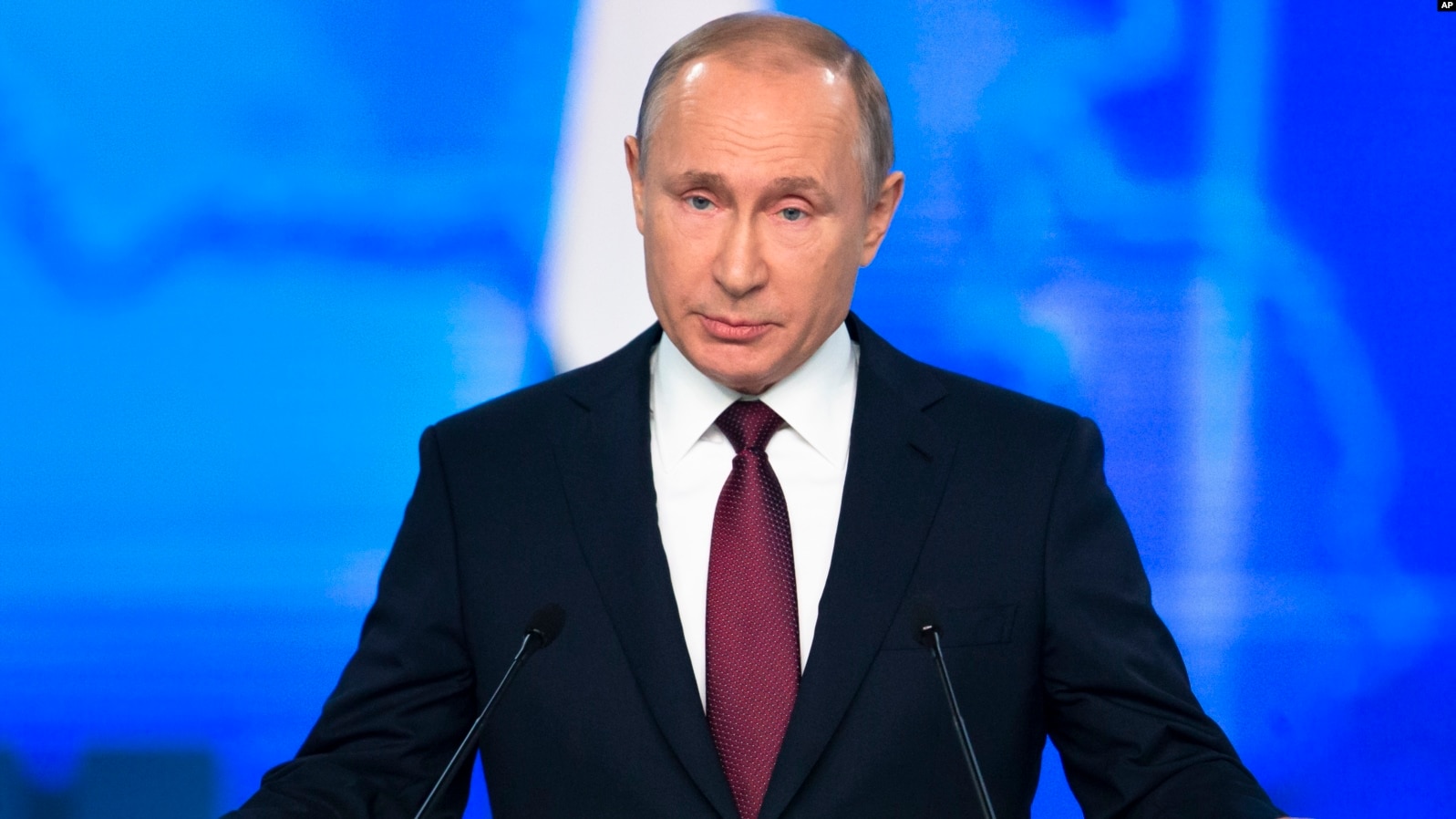 Last month, the National Nuclear Security Administration (formerly the Atomic Energy Commission) announced that the first of a new generation of strategic nuclear weapons had rolled off the assembly line at its Pantex nuclear weapons plant in the panhandle of Texas. That warhead, the W76-2, is designed to be fitted to a submarine-launched Trident missile, a weapon with a range of more than 7,500 miles. By September, an undisclosed number of warheads will be delivered to the Navy for deployment. END_OF_DOCUMENT_TOKEN_TO_BE_REPLACED

U.S. modernization of its nuclear triad of intercontinental ballistic missiles (ICBMs), missile submarines and bombers armed with safe, reliable and effective nuclear weapons, in numbers sufficient to maintain rough parity with at least the Russian nuclear triad, is imperative to the deterrence of world war and survival of the free world. END_OF_DOCUMENT_TOKEN_TO_BE_REPLACED

A special task force on survivable logistics evaluated the military’s current airlift, sealift, and prepositioned equipment and supplies and found major problems with supporting forces during a “high-end” conflict. END_OF_DOCUMENT_TOKEN_TO_BE_REPLACED

Washington warned this month it would suspend its obligations under the Intermediate-Range Nuclear Forces Treaty (INF) in 60 days if Russia did not return to full compliance. The U.S. claims the 9M729 cruise missile breaches the INF, which bans all land-based cruise and ballistic missiles with a range of 500 to 5,500 kilometers (300 to 3,400 miles.) END_OF_DOCUMENT_TOKEN_TO_BE_REPLACED

It has taken the US military/security complex 31 years to get rid of President Reagan’s last nuclear disarmament achievement—the INF Treaty that President Reagan and Soviet President Gorbachev achieved in 1987.

The Intermediate Range Nuclear Forces Treaty was ratified by the US Senate on May 27, 1988 and became effective a few days later on June 1. Behind the scenes, I had some role in this, and as I remember what the treaty achieved was to make Europe safe from nuclear attack by Soviet short and intermediate range missiles, and to make the Soviet Union safe from US attack from short and intermediate range US nuclear missiles in Europe. By restricting nuclear weapons to ICBMs, which allowed some warning time, thus guaranteeing retaliation and non-use of nuculear weapons, the INF Treaty was regarded as reducing the risk of an American first-strike on Russia and a Russian first-strike on Europe, strikes that could be delivered by low-flying cruise missiles with next to zero warning time. END_OF_DOCUMENT_TOKEN_TO_BE_REPLACED

As Russia continues to outmaneuver the US by developing new ballistic missiles like the 9M729 ground-launched cruise missile, as well as hypersonic weapons capable of carrying a nuclear payload, President Trump said Saturday that he plans to abandon a 1987 arms-control treaty that has (on paper, at least) prohibited the US and Russia from deploying intermediate-range nuclear missiles as Russia has continued to “repeatedly violate” its terms according to the president, the Associated Press reports.

“We’re not going to let them violate a nuclear agreement,” Trump said Saturday after a campaign rally in Elko, Nevada. “We’re going to terminate the agreement.” END_OF_DOCUMENT_TOKEN_TO_BE_REPLACED

Treason against the United States, shall consist only in levying War against them, or in adhering to their Enemies, giving them Aid and Comfort. No Person shall be convicted of Treason unless on the Testimony of two Witnesses to the same overt Act, or on Confession in open Court. END_OF_DOCUMENT_TOKEN_TO_BE_REPLACED

In the 1950s and 1960s the United States was a vibrant society. Upward mobility was strong, and the middle class expanded. During the 1970s the internal contradiction in Keynesian demand management resulted in stagflation. Reagan’s supply-side economic policy cured that. With a sound economy under him, Reagan was able to pressure the Soviet government, which was unable to solve its economic problem, to negotiate the end of the cold war. END_OF_DOCUMENT_TOKEN_TO_BE_REPLACED

The answer harks back to a 1972 treaty, and despite that agreement expiring years ago, defense experts and politicians failed to move with the times

The short answer: the anti-defense mentality of late 1960s politicians and academics, embodied in the spirit and main provisions of the 1972 US-Soviet anti-ballistic defense missile treaty, remains embedded in the US bureaucracy, our military and defense industry.

That spirit is the heart of official US policy: we must do nothing, develop or research anything, that poses obstacles to missiles from Russia or China striking America. END_OF_DOCUMENT_TOKEN_TO_BE_REPLACED

Americans live a never-never-land existance. The politicians and presstitutes make sure of that.

However, the low rate of unemployment is contradicted by the long-term decline in the labor force participation rate. After a long rise during the Reagan 1980s, the labor force participation rate peaked in January 1990 at 66.8 percent, more or less holding to that rate for another decade until 2001 when decline set in accelerating in September 2008. https://fred.stlouisfed.org/series/CIVPART/

Today the labor force participation rate is the lowest since February 1978, reversing all of the gains of the Reagan years. END_OF_DOCUMENT_TOKEN_TO_BE_REPLACED 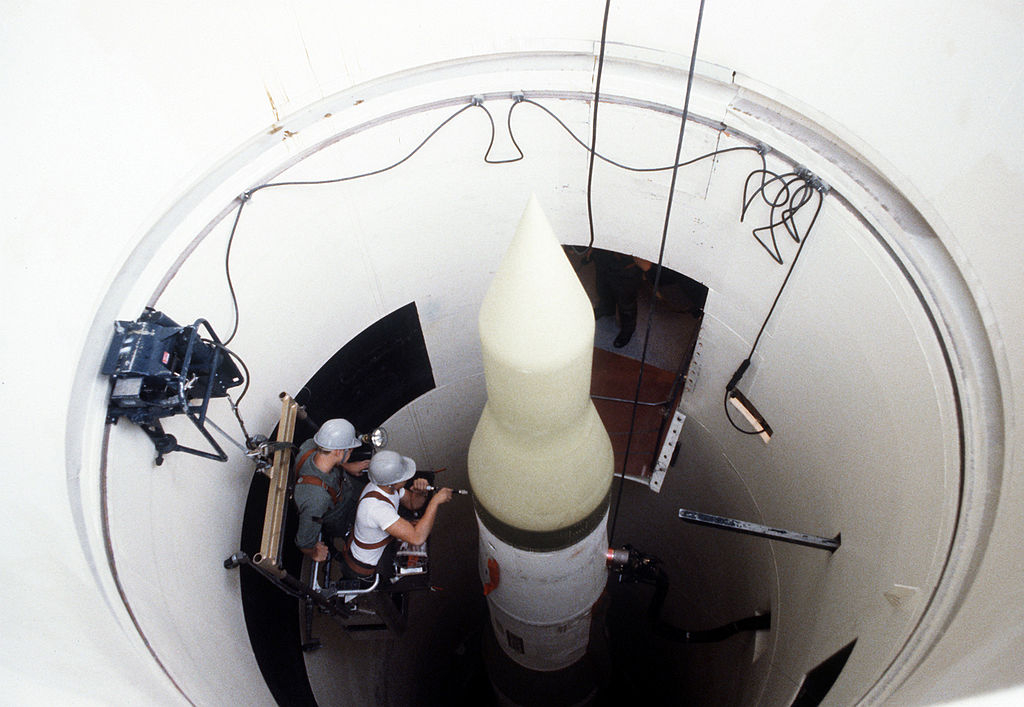 A Minuteman III intercontinental ballistic missile in its silo in Whiteman Air Force Base, Missouri, circa 1980. (Image source: U.S. Department of Defense)

In April 2017, the Pentagon launched the U.S. Defense Department’s legislatively mandated quadrennial Nuclear Posture Review to determine American policy, strategy and capabilities. The process now underway involves testimony from experts arguing over how the estimated $27 billion spent annually (growing over the next decade by an additional $10 billion a year) on America’s nuclear arsenal should be allocated. END_OF_DOCUMENT_TOKEN_TO_BE_REPLACED

END_OF_DOCUMENT_TOKEN_TO_BE_REPLACED

In this handout from the U.S. Navy, Standard Missile-3 is launched in Kauai, Hawaii / Getty Images

The report, “A New Nuclear Review for a New Age,” reassessed the United States’s relation with its primary nuclear adversaries—China, North Korea, and Russia—and urged lawmakers to increase defense spending on ballistic missile development and testing.