Almost a century has passed since the Ottoman Empire was dismembered and Mustafa Kemal set out to build the modern Turkish state on its ruins. Twenty years ago, no one in the West would have called into question the achievement of the man who eventually, with considerable justice, styled himself Atatürk (“Father of the Turks”). But many now fear that the political and cultural revolution he instigated in the 1920s will be overturned and that Turkey will cease to function as normal nation state, turn on the West, and try to upend the existing order in the eastern Mediterranean, the Balkans, and the Middle East. END_OF_DOCUMENT_TOKEN_TO_BE_REPLACED 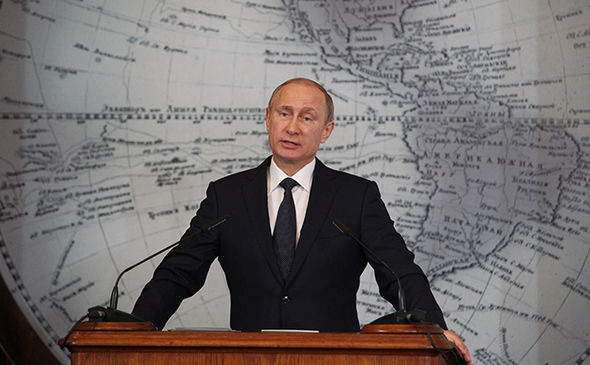 The annual Munich Security Report, this year entitled ‘To The Brink – And Back?’ also cited growing pressure on nuclear disarmament treaties and ongoing security concerns in eastern and central Europe as cause for concern.  END_OF_DOCUMENT_TOKEN_TO_BE_REPLACED

Alksnis’ analysis dispenses with the usual Russian reaction to Western apprehension over growing Russian military might. This is not irrational panic, or an attempt to divert public attention but recognition that Russia has returned to the international arena as a dominant player and shed of its previous sentimentality. In other words Western fears prove the efficacy of Russia’s foreign and defense policies and should be viewed with satisfaction. END_OF_DOCUMENT_TOKEN_TO_BE_REPLACED 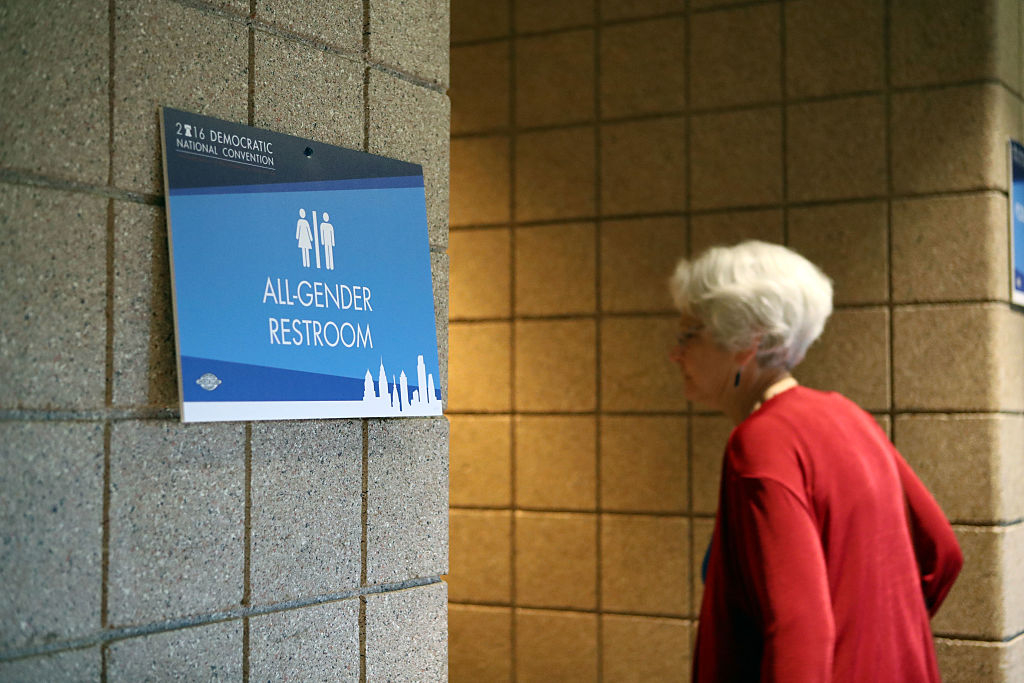 Welcome to the progressive “next frontier of ‘liberation'”, where the most urgent question in Western democracies is “genderism”. END_OF_DOCUMENT_TOKEN_TO_BE_REPLACED

Putin could potentially head up a huge Soviet bloc (Getty)

FORMER Soviet countries could be set to form a huge powerful bloc reminiscent of the USSER [sic], the former president of the Soviet Union Mikhail Gorbachev has claimed amid heightened tensions between Russia and the West.

Mr Gorbachev, who was the eighth and final leader of the former Soviet Union, has suggested countries within the former Communist republic could form a new union with an opt-in basis.

Reflecting on the collapse of the USSR in an interview with a Russian TV show to mark the 25th anniversary of its dissolution, the former statesman said: “I think that a new union is possible.” END_OF_DOCUMENT_TOKEN_TO_BE_REPLACED

END_OF_DOCUMENT_TOKEN_TO_BE_REPLACED

Which is why we read a report in Russian website Znak published Tuesday, according to which Russian state officials and government workers were told to bring back their children studying abroad immediately, even if means cutting their education short and not waiting until the end of the school year, and re-enroll them in Russian schools, with some concern. The article adds that if the parents of these same officials also live abroad “for some reason”, and have not lost their Russian citizenship, should also be returned to the motherland. Znak cited five administration officials as the source of the report.

END_OF_DOCUMENT_TOKEN_TO_BE_REPLACED

SECURITY experts have warned Crimea could descend into a bloody war within a week amid rising tensions that could escalate during celebrations to mark Ukraine’s independence day on August 24.

Russia and Ukraine have been urged to reduce tensions in the region as fears grow that Moscow and the West could become embroiled in a proxy war over the small Black Sea peninsula, which was annexed in 2014.

END_OF_DOCUMENT_TOKEN_TO_BE_REPLACED

If you’ve been reading Global Geopolitics for a while, you’d know how far the ‘mainstream media’ is behind on catching red flags, so you will have already heard the warning from one of Putin’s henchmen describing how they will carpet bomb everything until they reach Poland:

World War 3 is the hobgoblin of the modern military world, what with wars and civil wars and proxy wars springing up all over the globe. But a think tank is now warning the West to be wary of Russia and its military build-up and increased maneuverings and war exercises, for, according to them, they could actually disguise troop and materiel movement that would be the vanguard of a sweeping invasion that NATO and the Western powers might not be able to stop or contain.

The Daily Star reported July 24 that the Atlantic Council, an international affairs think tank headquartered in Washington, DC, issued its latest dispatch on the state of potential military weaknesses with regard to Russia, finding that the world’s largest nation (land-wise) could easily mount a quick and efficient attack in eastern Europe and, in effect, declare war “overnight” and take over the Baltic states before the North Atlantic Treaty Organization (NATO) could mount anything close to an effective defense. It would be a military action that could very well lead to World War 3. END_OF_DOCUMENT_TOKEN_TO_BE_REPLACED

The amount of negative issues the markets are ignoring is staggering.

1.     Italy’s banking system is on the verge of collapse. Nearly 20% of loans are non-performing (meaning garbage). This is not Greece. We’re talking about a €2 trillion banking system.

2.     The US is in recession. Consensus is that all is well, but industrial production, labor market conditions, the corporate bond market, C&I Delinquencies, the Conference Board Leading Indicator, Inventory Accumulation and ISM are screaming “RECESSION.” END_OF_DOCUMENT_TOKEN_TO_BE_REPLACED

Putin and Xi shake hands at the end of a joint press briefing in Beijing’s Great Hall of the People on June 25, 2016.PHOTO: EPA

BEIJING (AFP) – Chinese President Xi Jinping and his Russian counterpart Vladimir Putin promised ever-closer cooperation and oversaw a series of deals on Saturday, as the two countries deepen ties in the face of growing tensions with the West.

In what was Putin’s fourth trip to China since Xi became president in 2013, the two men stressed their shared outlook which mirrors the countries’ converging trade, investment and geopolitical interests.

“Russia and China stick to points of view which are very close to each other or are almost the same in the international arena,” Putin said.

END_OF_DOCUMENT_TOKEN_TO_BE_REPLACED

China has allegedly tested a weapon of mass destruction weapon capable of hitting London and other major European or American cities in just 30 minutes.

The People’s Republic reportedly fired a nuke called the Dongfeng-41, which has the longest range of any missile in the world. END_OF_DOCUMENT_TOKEN_TO_BE_REPLACED

Please see the source for the well written article from beginning to end, as its format (embedded via Scribd) is unfortunately not compatible with posting here. It’s one you don’t want to skip.

Alliances have historically never been an ideal option, but the United States needs them in order to keep Chinese, Iranian, and Russian ambitions in check. The Obama administration’s woeful record of nurturing and protecting America’s global alliances has led to the likelihood of key allies acquiring nuclear weapons to protect themselves in a new and dangerous world, but that should now be encouraged. The disturbing part of this article is the revelation of a shocking new potential chink in the West’s armor, in an area that absolutely no one had hitherto considered might ever be a possible source of danger. END_OF_DOCUMENT_TOKEN_TO_BE_REPLACED

Xi’s push to reform the military coincides with China becoming more assertive in its territorial disputes in the East and South China Seas, and as its navy invests in submarines and aircraft carriers and its air force develops stealth fighters.

END_OF_DOCUMENT_TOKEN_TO_BE_REPLACED

(TRUNEWS) ISIS has given permission to followers in the west to shave and wear crosses. END_OF_DOCUMENT_TOKEN_TO_BE_REPLACED