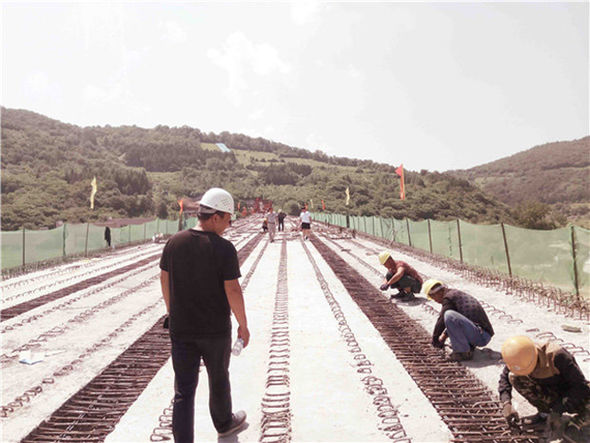 END_OF_DOCUMENT_TOKEN_TO_BE_REPLACED

That shift in alliances did not cause World War i. But it was a symptom of some of the other long-term causes. END_OF_DOCUMENT_TOKEN_TO_BE_REPLACED

Cyber is the newest branch of warfare. Even in its baby stages, it has the potential to cripple the United States.

On the afternoon of Dec. 23, 2015, Ukrainian engineers from a Prykarpattya Oblenergo power station stared at a computer screen while the cursor progressed on its own across the monitor. The mouse on the table had not moved. But the cursor hovered over the station’s breakers, each one controlling power to thousands of Ukrainian citizens. Then, with one mouse click at a time, the hackers now in control of the power station began shutting off power to hundreds of thousands of Ukrainians.

At the same time, Kyivoblenergo employees watched as dozens of substations shut down, one by one. In their case, there was no phantom mouse. A computer on their network that they could not locate was being used by someone to shut down the power—and there was nothing they could do. END_OF_DOCUMENT_TOKEN_TO_BE_REPLACED

Servicemen of the People’s Liberation Army of China during the military parade in commemoration of the 70th anniversary of the Victory in the Great Patriotic War of 1941-1945. (Wikicommons)

As U.S. leaders contemplate a proper definition for “cyberwar,” their counterparts in China have been building a unit capable of fighting such a large-scale conflict.

China’s rival to U.S. Cyber Command, the ambiguously named Strategic Support Force (SSF), is quietly growing at a time when the country’s sizable military is striving to excel in the digital domain.

Though the American government is widely considered to be one of the premier hacking powers — alongside Israel, Germany, Russia and the United Kingdom — China is rapidly catching up by following a drastically different model. END_OF_DOCUMENT_TOKEN_TO_BE_REPLACED

If Donald Trump turns his back on Asian economies, China is ready and willing to step into the vacuum.

During the election campaign, Trump blasted international trade deals, tapping intoa deep well of popular anger over the effects of globalization. Now, President-elect Trump’s first victim could be the huge Pacific trade agreement that he slammed as a “disaster done and pushed by special interests who want to rape our country.”

The Trans-Pacific Partnership (TPP) was a key plank of President Obama’s push to boost U.S. influence in Asia. But now it looks doomed, with Congress refusing to ratify it and Trump having vowed to kill it. END_OF_DOCUMENT_TOKEN_TO_BE_REPLACED

In fact, net foreign flows to the U.S. have been decidedly weak this year, thanks to an exodus by foreign central banks and sovereign wealth funds, who’ve been dumping U.S. securities in order to raise cash to put to work at home. END_OF_DOCUMENT_TOKEN_TO_BE_REPLACED

Hillary Clinton’s emails and server misconduct are the least of our worries. The fact that her server was receiving files that passed through or originated on the State Department servers is enough to know she exposed her private system to hackers. The US system is/was/has been compromised, for years, since before Hillary tapped in her new network. Michael McCaul, a Texas Congressman and Chairman of The House Committee On Homeland Security called Clinton “careless” and said she “potentially did harm” to national security. Earlier this week McCaul said this:

One thing is clear from FBI Director Comey’s announcement today—Secretary Clinton was not fully honest in her representation of her use of email to the American people. She was careless with classified and sensitive information and potentially did harm to the United States and our national security. Secretary Clinton will still have to answer to and be held accountable by the American people. END_OF_DOCUMENT_TOKEN_TO_BE_REPLACED 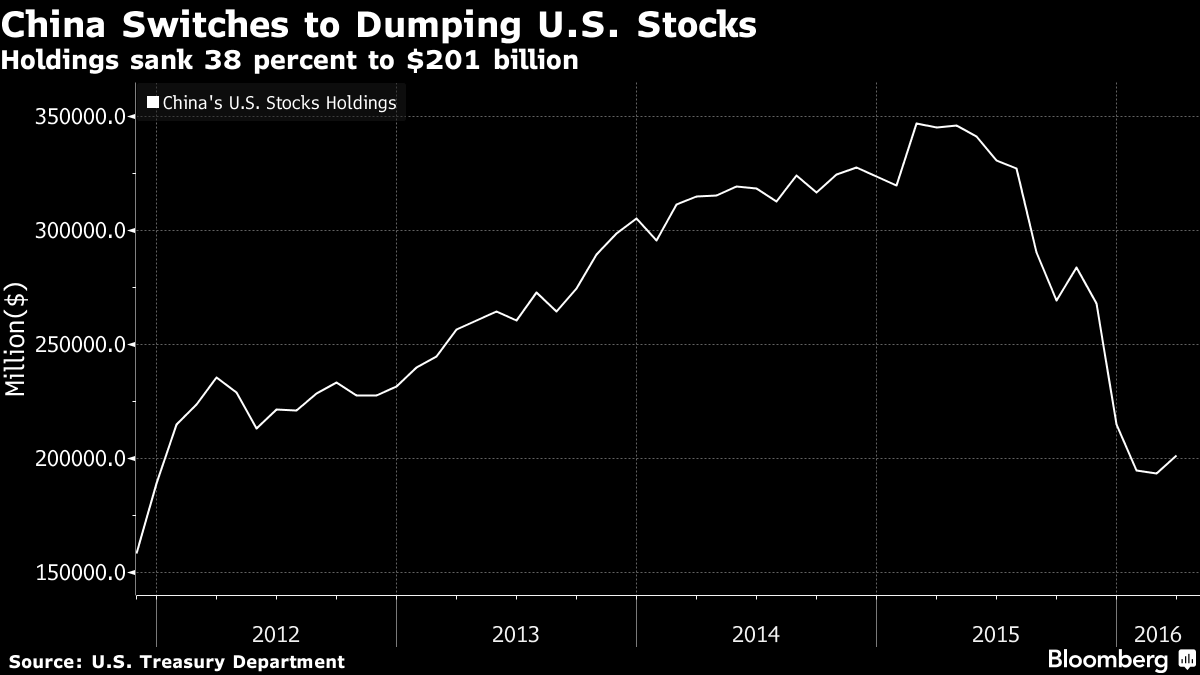 While China’s sales of Treasuries have slowed, its holdings of U.S. equities are now showing steep declines. END_OF_DOCUMENT_TOKEN_TO_BE_REPLACED

First the the nuclear-capable carrier killer missiles were introduced, then Chinese warships off the coast of Alaska, and now a video of China attacking America.

The hints of which direction Sino-American relations are going couldn’t be any bigger.

A small group of Chinese Navy ships showed up near Alaska earlier this week during President Obama’s visit to the northern state, mostly as a “we’re here” message. But then, as the Chinese People’s Liberation Army marched in a Beijing parade, someone simultaneously put out this completely nuts video of a naval attack on an American fleet, and on an American base that looks suspiciously like the one on the Japanese island of Okinawa.

If that wasn’t stronger than a implicit “we’re here” message, I’m not sure what is. Couple that with news from earlier today showing that the Chinese Navy actually passed through American waters under the “Right of Innocent Passage” (something that the U.S. Navy is quite familiar with on its own), and you’ve got something quite explicit indeed.

First spotted by the Council on Foreign Relations, it’s not exactly subtle. It wasn’t the PLA Navy attacking a generic foreign navy, and a generic foreign base either. China’s enemy, in this example, very clearly resembled the United States, after a Chinese base suffered a first strike of its own. END_OF_DOCUMENT_TOKEN_TO_BE_REPLACED

Israel and Saudi Arabia have conducted five secret meetings since 2014 to discuss the rise of Iran and the impact on the regional balance of power.

Dore Gold, set to be the next director general of the Israeli Foreign Ministry, and Anwar Majed Eshki, a retired Saudi general and former adviser to Prince Bandar bin Sultan, both spoke at the Council on Foreign Relations event on June 4. END_OF_DOCUMENT_TOKEN_TO_BE_REPLACED

A number of European states decided to join the Asian Infrastructure Investment Bank (AIIB) planning to pursue an economic presence in Asia.

MOSCOW (Sputnik), Anastasia Levchenko – The European countries that have decided to become members of the China-backed Asian Infrastructure Investment Bank (AIIB) want to ensure an economic presence in the most dynamic economic region in the world, experts told Sputnik on Tuesday. END_OF_DOCUMENT_TOKEN_TO_BE_REPLACED

Almost half of Germany’s gold is stored in vaults under the streets of Manhattan. Or is it?

Peter Boehringer hates the word “conspiracy.” It implies something crazy, and if you spend even a little time with the 45-year-old German, it becomes clear he’s driven by a desire for order. On a recent morning in Munich, he’s dressed in a cobalt blue shirt that matches his blue tie and blue eyes. His black hair is cropped close above his receded hairline. In his gray Volkswagen minivan, the cup holder contains two identical water bottles, each filled to the same level. At the end of a daylong interview, for which Boehringer has arranged an hour-by-hour itinerary, he sends a follow-up e-mail with a numbered summation of points he’s made. No. 2 says that the crusade he’s been waging for the last three years is simply about transparency. “Questions,” he writes, “by definition cannot be ‘conspiracy theories.’ ”

Boehringer is a gold bug, a member of the impassioned tribe of investors and academics who distrust central banks and paper money, unless the governments that print it will exchange the cash for gold or silver from their vaults. He has an asset management firm that invests his own money and that of clients in gold, silver, and mining stocks, and he’s a founder of the nonprofit German Precious Metal Society, which educates the public about “the craziness of unbacked monetary systems,” he says. In short, Boehringer is worried that the global economy is built on a fiction of currencies that aren’t backed by precious metals. Which is why he set out to make sure the gold that Germany and other nations say they have actually exists. END_OF_DOCUMENT_TOKEN_TO_BE_REPLACED

A healthier U.S. and cheaper energy “won’t suffice to actually accelerate the growth or the potential for growth in the rest of the world,” the head of the emergency lender to nations said in a speech Thursday at the Council on Foreign Relations in Washington.