BERLIN (Own report) – With intense shuttle diplomacy, members of the German government are seeking to avert the impending US punitive tariffs on European goods and the loss of access to the important US market. Following Germany’s Finance Minster Olaf Scholz’s visit to the US capital yesterday, Chancellor Angela Merkel is expected in Washington on Friday. Already in the run up to these visits, Berlin seems ready to envisage a revival of the Transatlantic Trade and Investment Partnership (TTIP). This strategic decision is accompanied by a clear frontline position against China, as was resolutely demanded by the Trump administration. In addition, German-Russian business relations are increasingly under attack in Washington. At the same time, EU criticism of Germany’s unilateral trade policies is growing. Germany’s export oriented economy is particularly vulnerable to the protectionism that is gaining strength on a global scale. Berlin’s Beggar-thy-Neighbor-Policy could prove a strategic disadvantage under these new global economic conditions. END_OF_DOCUMENT_TOKEN_TO_BE_REPLACED 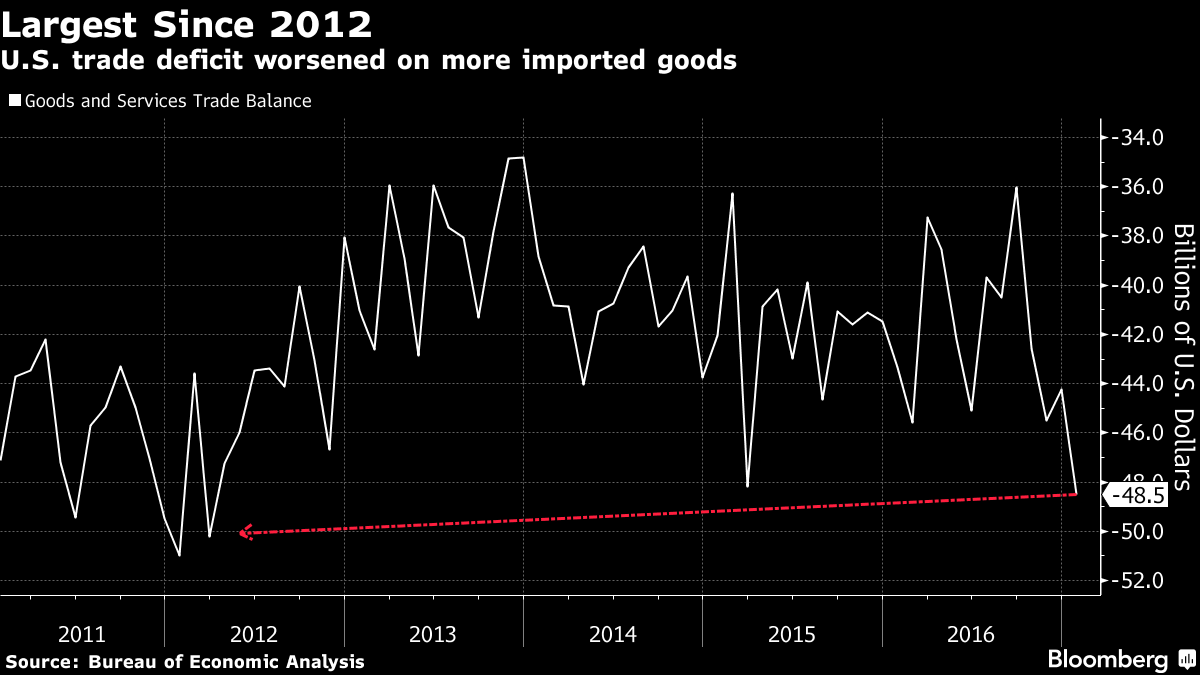 The gap in goods and services trade increased by 9.6 percent to $48.5 billion, matching the median forecast in a Bloomberg survey, Commerce Department figures showed Tuesday. The deterioration in January from the previous month reflected a 2.3 percent gain in imports, the most since March 2015, and a 0.6 percent pickup in exports. END_OF_DOCUMENT_TOKEN_TO_BE_REPLACED

BEIJING — Eager to see how Donald Trump backs up his hard-line rhetoric, the Chinese government is taking steps to elicit responses from the U.S. president-elect on the economic and foreign policy fronts.

An official of the National Development and Reform Commission has revealed that an unnamed U.S. automaker is to be fined for instructing dealerships in China to fix prices, according to the English-language newspaper China Daily. Trump has responded by meeting with Wilbur Ross, his pick for commerce secretary. END_OF_DOCUMENT_TOKEN_TO_BE_REPLACED