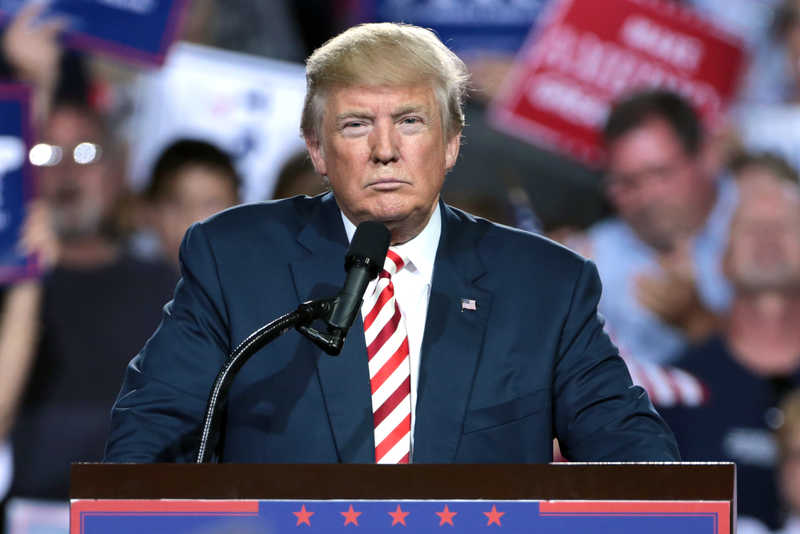 Yesterday, President Trump declared a big “free and fair trade” win for his America First agenda at the expense of the European Union. But this deal is actually a two-fer. END_OF_DOCUMENT_TOKEN_TO_BE_REPLACED

There are increasing reports from credible sources that the Chinese economic miracle may be collapsing. This has enormous implications for the rest of the planet. To some, this may be simply a natural transition as the Chinese economy matures, as suggested in a report from Financial Times.

To others, this is the collapsing of a debt-induced bubble, the failure illustrated by an actual Ponzi scheme that recently unraveled. While not everyone agrees China is in trouble, there is increasing concern that things are getting out of control. Capital flows out of China have gotten substantially worse as those with money are attempting to get it out of China as quickly as they can. END_OF_DOCUMENT_TOKEN_TO_BE_REPLACED

We have long warned that Unrestricted Warfare was underway and that its initial attack would be on our markets and finance. This was the strategy outlined in 1999 by two Senior Colonels in a book published by PLA Press, the official publisher of the Peoples Liberation Army (PLA). One of the authors of that 17-year old book just wrote an op-ed calling for an attack on American finances, according to an article in the Epoch Times:

A major general in the Chinese military is calling for China to contain the United States by attacking its finances.

END_OF_DOCUMENT_TOKEN_TO_BE_REPLACED

In the past, China has threatened to nuke the U.S. Dollar (which they are now doing, albeit slowly) and literally exterminate Americans on the homeland where they guaranteed hand-to-hand combat is around the corner.

You could always read the following for more proof:

It would be insane to let enemies of your nation inside the gate, but the United States did just that. You can only wonder if enemies were already inside the gate via fifth column and just let the rest of their team in.

Further thought on an earlier story:

A frightening article in today’s UK Telegraph suggests that another financial crisis could destroy capitalism as we know it. Let that sink in. Our system is at risk, as it was in 2008. As a reminder, consider this C-SPAN  interview with Representative Paul Kanjorski, wherein he described how our entire system almost collapsed. He stated in a very matter of fact way that if the collapse had continued, it would have been the end of our economic system and our political system, again “as we know it.” END_OF_DOCUMENT_TOKEN_TO_BE_REPLACED

The 1992 presidential election turned on one key phrase: “It’s the economy, stupid.” The Cold War had been won. America was the sole superpower of the world. We had just won the Gulf War. And, Americans were tired. We wanted to enjoy our prosperity. It was at that moment that we officially began to separate and silo the critical issues of the day. President Reagan, twelve years before, had integrated three critical issues and focused the whole of his administration on them. These were known collectively as Reagan’s “three-legged stool.” Judeo-Christian Values. Free Market Economics. Strong National Defense. But when Clinton arrived, we were told that the economy mattered most. What a President does in his private life is irrelevant so long as the economy is booming, or so we were told. Who cares if something called al Qaeda attacks targets overseas? Why should that matter as long as we have the most powerful weapons? END_OF_DOCUMENT_TOKEN_TO_BE_REPLACED

If World War 3 is cyber-economic (and it is), the yesterday we just saw one of our most important weapons given away. Yesterday was a huge day for China. Christine Largade, managing Director of the International Monetary Fund announced that the Yuan has just taken its place alongside the dollar, Euro, British pound, and Japanese yen as an official reserve currency. The move has been expected for a while but was delayed in August.

END_OF_DOCUMENT_TOKEN_TO_BE_REPLACED

Although it was fairly obvious since the refugee crisis started, you can now officially add Turkey to the list of nations successfully blackmailing and destroying Europe. Those already on the list include Greece, Libya, and Russia. Of all these, Russia is the most sinister of all.

As Kevin Freeman points out, this is economic warfare via migration. Moreover, the aim is of divide and disintegrate Europe to the point where it can be conquered because there is no unified approach to keeping the European continent secure while the nation states are busy bickering at one another. It’s a simple game of divide and conquer.

Don’t ever allow for the last few decades of peace to lull you into a false sense of security or think large-scale war can’t happen again. The next world war is already underway and this generation will live to see it. History always repeats itself and Europe seems to be leading the way to the next dark ages. Historically, it has always been home to the world’s bloodiest wars.

The resounding win by the Adalet ve Kalkinma Partisi (Justice and Development Party: AKP) in the Nov. 1 parliamentary elections in Turkey relied heavily on the support given to President Recep Tayyip Erdogan and the AKP because of his promise to resolve the strategic challenge to Western Europe caused by the influx of illegal migration from Syria, Iraq, and Afghanistan through Turkey, and from Libyan ports.

But evidence is now mounting that the upsurge in the migratory wave was the result of deliberate efforts by Erdogan to facilitate and push the flow of migrants in order to blackmail and punish the EU into supporting him. END_OF_DOCUMENT_TOKEN_TO_BE_REPLACED

It was an interesting week last week. For one thing, Chinese company Alibaba debuted as the largest IPO in the history of the world. Larger than the Initial Public Offerings of Facebook, Twitter, Google, Apple, and Microsoft combined. At the same time, there was a Senate report indicating that China hacked U.S. military contractors in a significant way at least twenty times in the past year. In America, we celebrated the success of Wall Street, earning $300 million or so in underwriter fees. In China, they celebrated finding a path to dethrone American technology dominance (from the official Chinese News Agency): END_OF_DOCUMENT_TOKEN_TO_BE_REPLACED

People are SHOCKED to learn today that the PLA has been hacking corporations to steal trade secrets, learn negotiating strategies, and otherwise engage in activity that any normal person would call economic warfare. Never mind that it is straight from the PLA’s Unrestricted Warfare playbook as outlined in 1999. Never mind that it has been obvious to nearly every one else in the world. Sadly, Americans (including some of our political leadership) have been naively denying any possibility of such Chinese activity. They have clearly been ignoring reality to avoid having to admit what we know to be true.We are in a global economic war and are wholly unprepared to properly engage in it. END_OF_DOCUMENT_TOKEN_TO_BE_REPLACED