Our sources can now reveal the nature of that presence and the process afoot for the gradual US withdrawal. In the last few days, Egyptian and UAE military officers visited the contested north Syrian town of Manbij. They toured the town and its outskirts, checked out the locations of US and Kurdish YPG militia positions, and took notes on how to deploy their own troops as replacements. On the diplomatic side, the White House is in continuous conversation with the UAE Crown Prince Sheikh Muhammed Bin Ziyad (MbZ) and Egyptian President Abdel-Fatteh El-Sisi. The deal Trump is offering, is that they take over US positions in Manbij, where the Kurds have sought protection against a Turkish invasion, and American air cover will be assured against Russian, Syrian or Turkish attack. END_OF_DOCUMENT_TOKEN_TO_BE_REPLACED

Protesters stage a sit-in to block construction vehicles working on the expansion of Camp Schwab, a U.S. military base, on May 31 in Nago, Okinawa, Japan. (Carl Court/Getty Images)

The latest deterioration of a fading trans-Pacific alliance

Some 70,000 protesters rallied in Okinawa, Japan, on August 11 against the planned relocation of a United States military base. Rather than see U.S. Marine Corps Air Station Futenma moved from a heavily populated part of the island to the remote Henoko Bay, the protesters want it to be removed from the island entirely. END_OF_DOCUMENT_TOKEN_TO_BE_REPLACED

Today on TruNews, we discuss the shocking statement made to Russian children by their senior diplomat, that the Kremlin is aware of Western military schemes against their nation, and no matter what, security and sovereignty will be duly protected. We also detail the predictable campaign currently underway to start Israel’s long anticipated war with Iran, and how an Arab-NATO, backed by U.S. troops, is being sold as the new front man for Jerusalem’s foreign policy. Air date: 7/30/18. END_OF_DOCUMENT_TOKEN_TO_BE_REPLACED

A new report details the Pentagon’s growing alarm at increased instances of Russian electronic jamming attacks on American troop positions in Syria, which number according to public Pentagon statements at 2000 or more, located on and near a dozen or more “secret” bases mostly in Syria’s northeast and embedded among the mostly Kurdish US-backed Syrian Democratic Forces. END_OF_DOCUMENT_TOKEN_TO_BE_REPLACED

One week later, in the latest dramatic escalation between the two NATO members, Turkey’s Deputy PM has warned that US troops fighting alongside Syrian Kurdish militias in the same uniform may be targeted by the Turkish army due to the difficulty of distinguishing them in the heat of battle, effectively stating that US troops in northern Syria are now “fair game” in the ongoing deadly conflict. END_OF_DOCUMENT_TOKEN_TO_BE_REPLACED 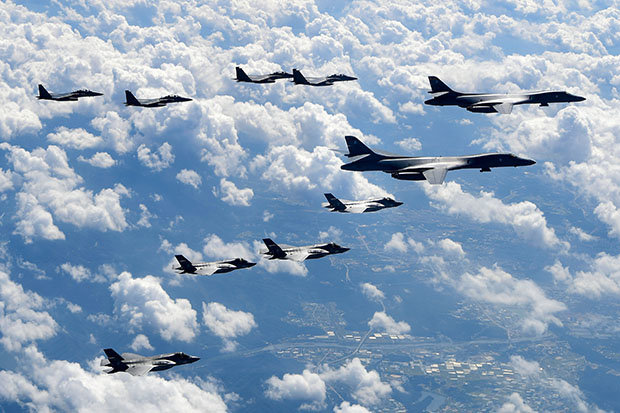 Hundreds of aircraft and thousands of soldiers and airmen are taking part in the drill, which is one of the biggest ever of its kind. END_OF_DOCUMENT_TOKEN_TO_BE_REPLACED

(ANTIMEDIA Op-ed) — According to the Guardian, an estimated 900 U.S. troops are embedded with Syrian opposition forces that are currently within strike range of the Russian military. Over the weekend, the U.S. military claimed Russian jets had struck Syrian Democratic Forces (SDF) positions in Deir ez-Zor east of the Euphrates River. The attack allegedly wounded six of these SDF fighters, but no American personnel were harmed. END_OF_DOCUMENT_TOKEN_TO_BE_REPLACED Local sources said that about 20 US Army armoured vehicles (including battle tanks and artillery pieces) carried on trucks were spotted in Al-Mafraq. US troops were allegedly accompanied with the Jordanian Army’s 3rd Division. END_OF_DOCUMENT_TOKEN_TO_BE_REPLACED 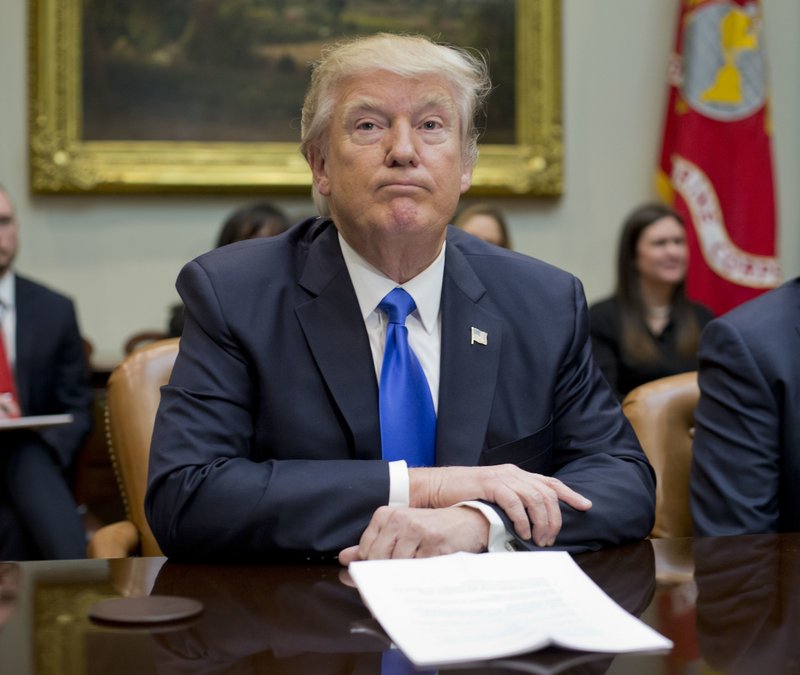 The excerpt of the call did not detail who exactly Trump considered “bad hombres,” nor did it make clear the tone and context of the remark, made in a Friday morning phone call between the leaders. It also did not contain Mexican President Enrique Pena Nieto’s response. Mexico denies that Trump’s remarks were threatening. END_OF_DOCUMENT_TOKEN_TO_BE_REPLACED

Congress gave the green light to send weapons and munitions to Ukraine; the “holdup” is due to Obama not wanting to jeopardize the election of Hillary Clinton

As of this writing, the increased U.S. troop presence in Eastern Europe includes a battalion-sized element of American troops being emplaced in the Suwalki Gap, Polish territory that borders Lithuania in a 60-mile stretch of corridor.  The Russian Defense Ministry announced that 600 Russian and Belarussian airborne troops conducted training exercises in Brest, on the Belorussian-Polish border only a few miles from where the U.S. forces are deploying in Poland.  This on the heels of Britain deploying 800 men, tanks, and jets to Estonia, along with pledges of Challenger 2 tanks, APC’s (Armored Personnel Carriers), and drones.  Two companies of French and Danish Soldiers will join the British in the deployment to Estonia. END_OF_DOCUMENT_TOKEN_TO_BE_REPLACED

Ten-day military exercise, Anaconda-2016, will involve 31,000 troops and thousands of vehicles from 24 countries

The largest war game in eastern Europe since the end of the cold war has started in Poland, as Nato and partner countries seek to mount a display of strength as a response to concerns about Russia’s assertiveness and actions.

The 10-day military exercise, involving 31,000 troops and thousands of vehicles from 24 countries, has been welcomed among Nato’s allies in the region, though defence experts warn that any mishap could prompt an offensive reaction from Moscow. END_OF_DOCUMENT_TOKEN_TO_BE_REPLACED

BEIJING (Reuters) – China will not allow chaos and war to break out on the Korean peninsula, which would be to no one’s advantage, Chinese President Xi Jinping told a group of Asian foreign ministers on Thursday.

North Korea’s drive to develop a nuclear weapons capability, in defiance of U.N. resolutions, has angered China and raised tension in the region. END_OF_DOCUMENT_TOKEN_TO_BE_REPLACED

There are only 5,000 U.S. troops in Iraq—about what a colonel usually commands. But for this ISIS war, as many as 21 generals have been deployed. Why?

In the war against the self-proclaimed Islamic State, the U.S. military is notably short on soldiers, but apparently not on generals.

There are at least 12 U.S. generals in Iraq, a stunningly high number for a war that, if you believe the White House talking points, doesn’t involve American troops in combat. And that number is, if anything, a conservative estimate, not taking into account the flag officers running the U.S. air war, the admirals helping wage the war from the sea, or their superiors back at the Pentagon.

END_OF_DOCUMENT_TOKEN_TO_BE_REPLACED

U.S. commander in Europe calls for more forces and equipment to deter ‘a revanchist Russia’

The commander of U.S. forces in Europe says the United States has accommodated Russia for too long amid aggressive military actions by Moscow and a shrinking U.S. footprint in the region.

U.S. Air Force Gen. Philip M. Breedlove, who is also NATO’s supreme allied commander in Europe, said that the United States had “hugged the bear” in Europe—a reference to Russia—after the fall of the Soviet Union in an attempt to promote cooperation with Moscow, the Department of Defense’s news service reported on Tuesday. Breedlove recently met with U.S. Marine Corps Gen. Joseph F. Dunford Jr., the new chairman of the Joint Chiefs of Staff, at the headquarters of U.S. European Command in Stuttgart, Germany. END_OF_DOCUMENT_TOKEN_TO_BE_REPLACED