“We lose a lot of people. We lose a lot of equipment. We usually fail to achieve our objective of preventing aggression by the adversary,” he warned. END_OF_DOCUMENT_TOKEN_TO_BE_REPLACED 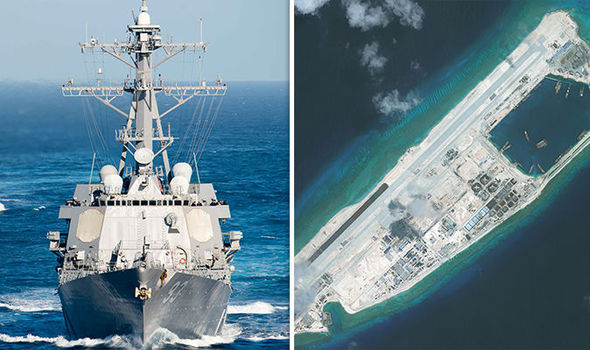 Speaking to the Senate Armed Services Committee he said: “China is now capable of controlling the South China Sea in all scenarios short of war with the United States.” END_OF_DOCUMENT_TOKEN_TO_BE_REPLACED 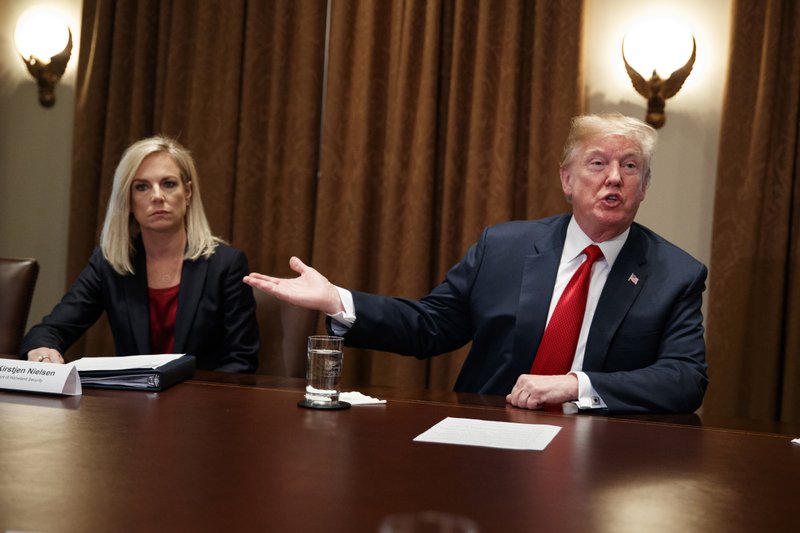 The Washington Post, which was first to report the plan, said Trump wants an elaborate parade this year with soldiers marching and tanks rolling, but no date has been selected. END_OF_DOCUMENT_TOKEN_TO_BE_REPLACED

As the United States military recovers from two decade-long wars – neither of which were won decisively – and endures significant downsizing, do Americans think it’s still the best in the world?

The answer is increasingly ‘no,’ according to a new Gallup poll. Last year the number of Americans who thought they were protected by the world’s strongest military was 59 percent, but this year that number has dropped to 49 percent – the lowest figure in the 23 years Gallup has recorded the trend. END_OF_DOCUMENT_TOKEN_TO_BE_REPLACED

There are so many moving pieces surrounding this Riverine Assault boat seizure incident and the capture of 10 U.S. sailors. The pictures of our sailors on their knees, hands over their heads, is being displayed all over the world, and paraded about by our enemies. This is an utterly embarrassing moment and is not in keeping with the great traditions of John Paul Jones and Stephen Decatur. But I thought it important to take the time to provide an analysis of what we do know. END_OF_DOCUMENT_TOKEN_TO_BE_REPLACED

From 2006 with relevancy today:

The Prophet Isaiah foretold a massive leadership void that would plague the modern nations of Israel and Judah. Perhaps nowhere is this scenario more dramatically and distressingly fulfilled than in the United States military.

Read Isaiah 3:1-3. Among the male leaders prophesied to be absent in our day are the “mighty man,” the “man of war,” and “the captain of fifty”—strong men, valiant men, champions, warriors and generals. Isaiah’s pronouncement clearly includes a softening among military personnel.

END_OF_DOCUMENT_TOKEN_TO_BE_REPLACED

“Over the past two decades, China’s People’s Liberation Army has transformed itself from a large but antiquated force into a capable, modern military,” the report reads. “Its technology and operation proficiency still lag behind those of the United States, but it has rapidly narrowed the gap.”

The 430-page report, written by 14 academic scholars, explores 10 areas of operation and lists a “scorecard” for each. Two scenarios were analyzed for each operation area, including an invasion of Taiwan and a Spratly Islands campaign. END_OF_DOCUMENT_TOKEN_TO_BE_REPLACED

END_OF_DOCUMENT_TOKEN_TO_BE_REPLACED

As reported by Fox News’s Catherine Herridge, the FBI and DHS are warning against posting information that could put members of the U.S. armed forces and their families at risk for attack from supporters of ISIS (Islamic State of Iraq and Syria). END_OF_DOCUMENT_TOKEN_TO_BE_REPLACED

The Obama administration endangered the elite Navy SEALs that killed Osama bin Laden by publicly revealing their role in the mission, and the SEAL culture is under assault from a politically correct Pentagon, according to a new book on the SEALs and their role in the war against Islamic extremism.

Perhaps the best known unit is SEAL Team Six, the group that successfully targeted and killed Osama bin Laden in May 2011. But the fact we know they carried out the mission may also be the reason many of them are now dead. Instead of leaving the identity of the men a mystery to the world, Vice President Joe Biden publicly identified them just two days after the raid. END_OF_DOCUMENT_TOKEN_TO_BE_REPLACED

WASHINGTON – After multiple top generals described to WND what they regard as a full-scale “purge” of the U.S. military by the Obama administration, the commander of U.S. Army Garrison Japan was summarily relieved of duty and his civilian deputy reassigned, pending a “misconduct” investigation.

Nine generals and flag officers have been relieved of duty under Obama just this year – widely viewed as an extraordinary number – and several sources put the total number of senior officers purged during the five years of the Obama administration as close to 200.