In the immediate aftermath of the shooting – which was broadcast over Facebook Live by accused gunman Brenton Tarrant to an initial audience of just 200 viewers (none of whom reported it) and had 4,000 overall views before it was taken down – Facebook deleted 1.5 million videos of the attack, of which 1.2 million were blocked at the time of upload. END_OF_DOCUMENT_TOKEN_TO_BE_REPLACED

No clause or article of the Constitution, nor the Bill of Rights, is safe. The George W. Bush and Obama regimes destroyed two of the most important protections of civil liberty—habeas corpus and due process. Bush declared indefinite imprisonment on suspicion alone without evidence or trial. Obama declared execution of US citizens on accusation alone without due process. The Justice (sic) Department wrote legal memos justifying torture, thus destroying the constitutional protection against self-incrimination. One of the authors of the memos is now a professor of law at UC Berkeley. The other is now a federal judge, indications that respect for the Constitution and enforcement of US and international laws against torture is fading in law schools and the federal judiciary. END_OF_DOCUMENT_TOKEN_TO_BE_REPLACED

In between, of course, HSBC paid a giant fine in exchange for a clean bill of health. END_OF_DOCUMENT_TOKEN_TO_BE_REPLACED

A Twitter user believed he had discovered the location of the USS Ronald Reagan aircraft carrier due to new orders that require it to transmit its automatic identification system when in heavy traffic.

Now that U.S. naval vessels have been required to turn on their navigational beacons in crowded waters, online Navy enthusiasts believe they are tracking those ships’ movements. END_OF_DOCUMENT_TOKEN_TO_BE_REPLACED

“Medical care is the next cyber warfare,” technologist Janine Medina explained Thursday at a panel on the cybersecurity problems posed by the emerging prevalence of internet-connected medical and body-embedded devices. END_OF_DOCUMENT_TOKEN_TO_BE_REPLACED

A video released a day after the Islamic terror attacks in London show a CNN crew staging a scene with Muslims holding signs saying “ISIS Will Lose”. END_OF_DOCUMENT_TOKEN_TO_BE_REPLACED

Last month, following a series of seemingly random tweets by Wikileaks, we reported that starting on February 4th, each day Wikileaks began sending out a series of cryptic question Tweets teasing the world about “Vault 7”. The questions were framed in Who, What, When, Where, Why, and How format (but not in that order). Each came with an image “clue”.

Here they are in chronological order starting with the earliest. END_OF_DOCUMENT_TOKEN_TO_BE_REPLACED

The ‘Deep State’ has shown itself in one area, is now in the open with its intention: A coup d’état  and overthrowing of the U.S. Presidency.

Here’s to hoping this is fake news by a fake Twitter account and not an infiltrated intelligence community trying to spark America’s second civil war.

Now we go nuclear. IC war going to new levels. Just got an EM fm senior IC friend, it began: "He will die in jail."https://t.co/e6FxCclVqT

In a series of tweets on Tuesday and Wednesday, Trump insisted that the “real scandal” was not that former National Security Adviser Michael Flynn lied about his contact with Russia. Instead, the president blasted what he said were “un-American” leaks that led to Flynn’s ousting. END_OF_DOCUMENT_TOKEN_TO_BE_REPLACED

Since November 8th, several public companies have unsuspectingly fallen into the cross hairs of Trump tweets sending their stocks gyrating violently while adding or erasing millions of dollars worth of market cap in a matter of seconds.  Here is just a small sample: (see source)

As we pointed out back in January, Toyota’s shares, along with the Mexican Peso, tumbled on Trump’s threat to impose a “big border tax” on their Corolla imports as the unprepared and shocked company frantically drafted a response. END_OF_DOCUMENT_TOKEN_TO_BE_REPLACED

Approximately 200,000 people participated in a ‘Women’s March’ in D.C. on Saturday. One of the organizers of the march, Linda Sarsour is a Pro-Palestine Muslim activist.

She also advocates for Sharia Law in America and has ties to terrorist organization, Hamas. END_OF_DOCUMENT_TOKEN_TO_BE_REPLACED 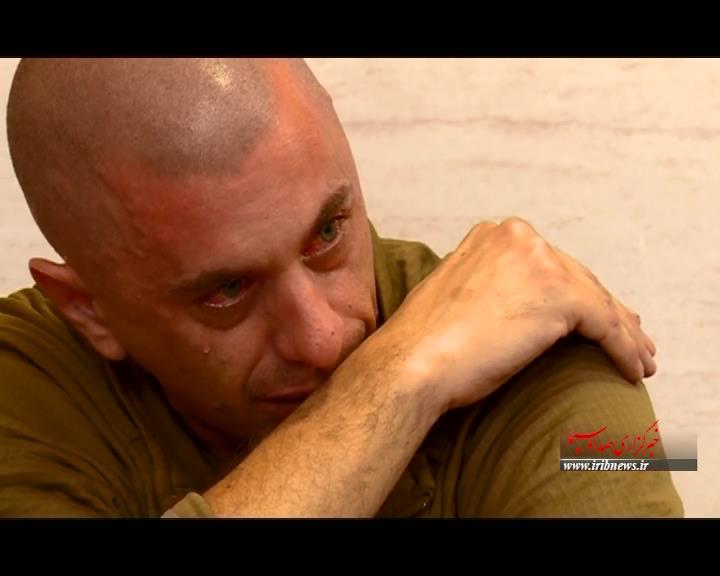 Iran has released new photographs in which at least one of the recently captured U.S. sailors is crying, according to a series of the pictures posted on social media. END_OF_DOCUMENT_TOKEN_TO_BE_REPLACED

As was warned about in the previous post and many others during the last few years:

The Islamic State has likely radicalized thousands of people in the United States, according to a new report, raising concerns that supporters of the terrorist group could be plotting domestic attacks similar to the recent shootings and bombings in Paris.

The Threat Knowledge Group, an organization led by the counterterrorism experts Sebastian and Katharine Gorka, has compiled a list of 82 individuals in the United States who were affiliated with the Islamic State (also known as ISIS or ISIL) and apprehended by law enforcement officials, including those who traveled or attempted to travel to Iraq and Syria, launched domestic attacks, or participated in recruiting or fundraising. END_OF_DOCUMENT_TOKEN_TO_BE_REPLACED 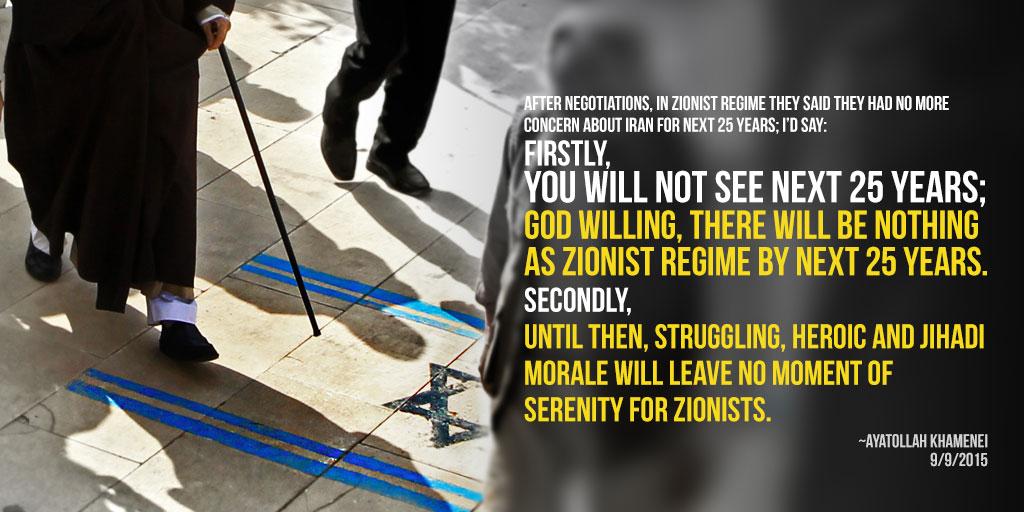 In a quote posted to Twitter by Khamenei’s official account, Khamenei addresses Israel, saying, “You will not see next 25 years,” and adds that the Jewish state will be hounded until it is destroyed.The quote comes against a backdrop of a photograph showing the Iranian leader walking on an Israeli flag painted on a sidewalk. END_OF_DOCUMENT_TOKEN_TO_BE_REPLACED 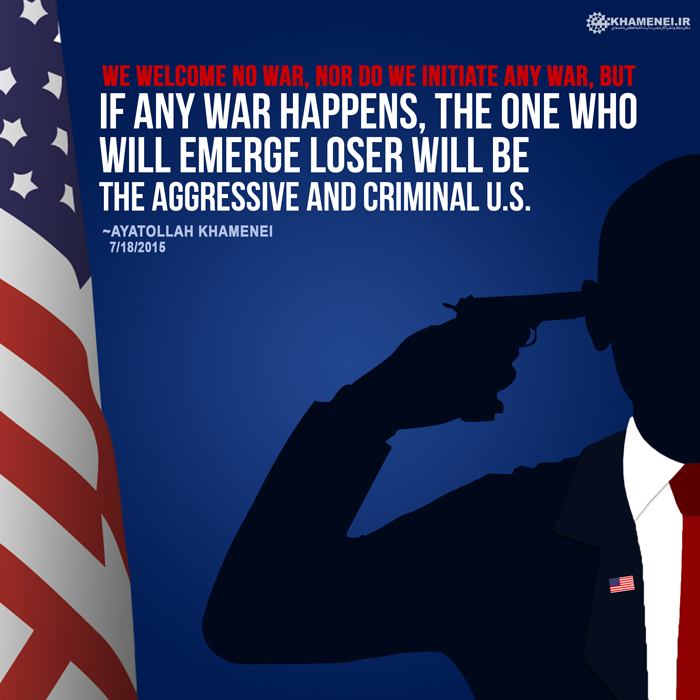 “US president has said he could knock out Iran’s military. We welcome no war, nor do we initiate any war, but..” reads the caption above the tweet sent by Ayatollah Ali Khamenei on @khamenei_ir, his English language account. END_OF_DOCUMENT_TOKEN_TO_BE_REPLACED

Jimmy Lee, one of the foremost investment bankers of his generation, has died suddenly, JPMorgan Chase said on Wednesday.

Jamie Dimon, chief executive of JPMorgan, said Mr Lee, 62, “was a master of his craft, but he was so much more — he was an incomparable force of nature”.

He died in hospital on Wednesday morning after being taken ill during exercise, one person familiar with the matter said. END_OF_DOCUMENT_TOKEN_TO_BE_REPLACED