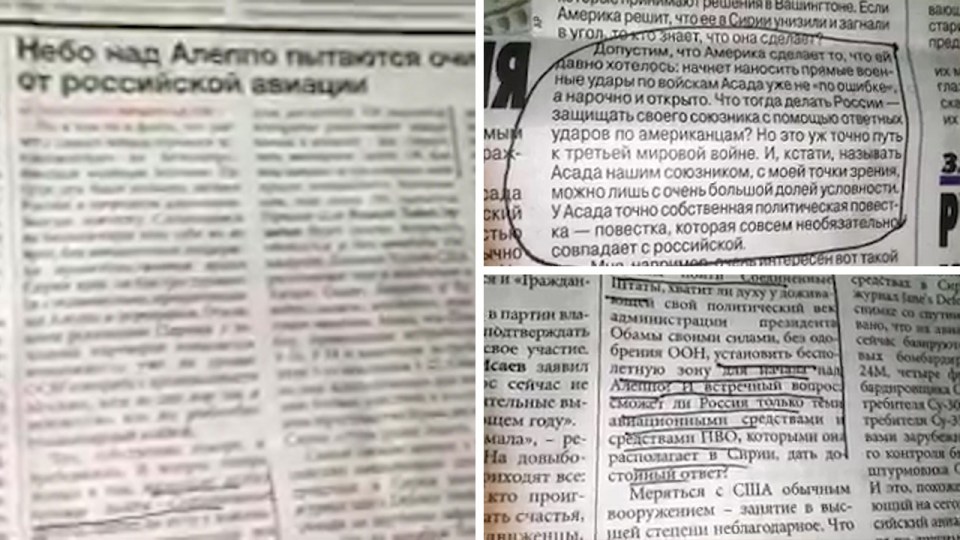 A RUSSIAN newspaper fears a Third World War with the US over Syria.

The US  suspended contact with Russia over Syria on Monday. END_OF_DOCUMENT_TOKEN_TO_BE_REPLACED

REDIPUGLIA Italy (Reuters) – Pope Francis said on Saturday the spate of conflicts around the globe today were effectively a “piecemeal” Third World War, condemning the arms trade and “plotters of terrorism” sowing death and destruction.

“Humanity needs to weep and this is the time to weep,” Francis said in the homily of a Mass during a visit to Italy’s largest war memorial, a large, Fascist-era monument where more than 100,000 soldiers who died in World War One are buried. END_OF_DOCUMENT_TOKEN_TO_BE_REPLACED