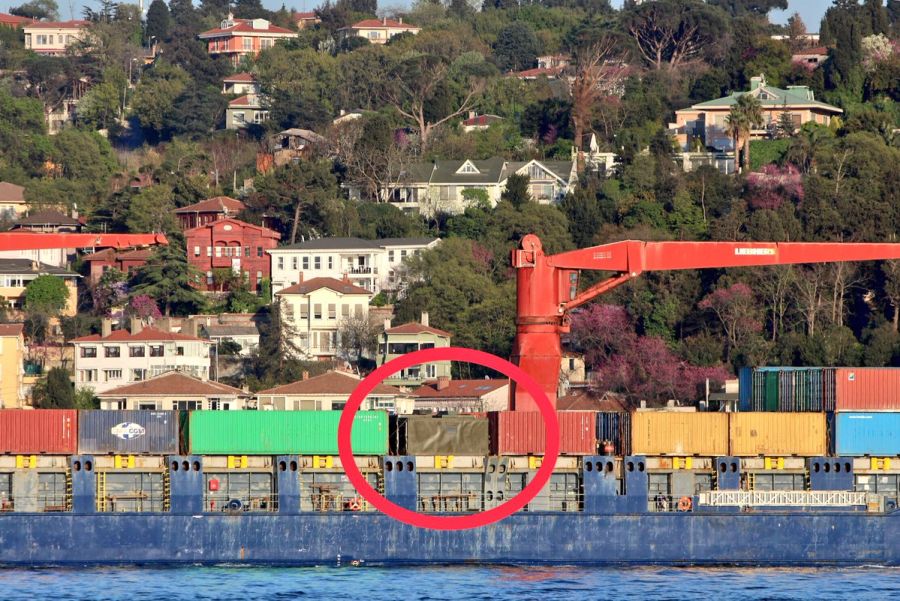 Russia has doubled the number of arms ships heading for Syria’s Tartous from the Black Sea through the Bosporus, DEBKAfile’s military sources report. The acceleration of Russian arms traffic to Syria has been noted in the last fortnight. The vessels are loaded with containers holding military hardware. It is believed that they contain quantities of advanced S-300 air defense missiles bound for Bashar Assad’s army and short-range Pantsir-S1 systems capable of intercepting UAVs and cruise missiles. The consignments also include large quantities of automatic 30mm cannons and radar equipment. END_OF_DOCUMENT_TOKEN_TO_BE_REPLACED

In addition to ground troops, a Chinese carrier, Liaoning-CV-16, was spotted just days ago at the Syrian port of Tartus. As America retreats from the Middle East and burns bridges with its once-regional allies, its enemies are filling in the vacuum and playing for keeps.

The situation is heating up in Syria yet again. If reports coming from Almasdar News are accurate, another troop deployment will soon be about to take place – in addition to the 2,000 Russian troops who arrived earlier this week. This time, however, the troops are coming from China. Leith Fadel of Almasdar News (the Arab Source), reported that China has now decided to commit troops and military aircraft to Syria within the next six weeks. Although the reports have not been independently confirmed, the outlet cited a senior Syrian officer in the Syrian military for the claims regarding the Chinese plans. Fadel’s information has proven accurate many times in the past. END_OF_DOCUMENT_TOKEN_TO_BE_REPLACED

A multibillion Russian investment in the field would make it a Russian project which neither Syria nor Hizballah would dare attack, even though it belongs to Israel.

But now the situation has assumed a different face. Russian forces are streaming to Latakia, and Moscow has declared the area from Tartous, Syria up to Cyprus closed to shipping and air traffic from Sept. 15 to Oct. 7 in view of a “military exercise including test firings of guided missiles” from Russian warships. END_OF_DOCUMENT_TOKEN_TO_BE_REPLACED

Even as much has been written about the regional and global actors pursuing their pitiless agendas in Syria, one sub-plot in the vicious drama has remained relatively unexplored. And that is the gas resource and its routes from production to the market.

The past five years have seen discoveries of immense energy reserves in the Eastern Mediterranean; both the Levant Basin located along the shores of Syria, Lebanon, Israel, Gaza and Cyprus and the Nile Basin north of Egypt. According to preliminary geological surveys, the Levant Basin contains 3.5 trillion cubic meters (tcm) of gas and 1.7 billion barrels (bb) of oil. The Nile Basin contains 6 tcm of gas and 1.8 bb of oil. END_OF_DOCUMENT_TOKEN_TO_BE_REPLACED

Washington’s decision to arm Syria’s Sunni Muslim rebels has plunged America into the great Sunni-Shia conflict of the Islamic Middle East, entering a struggle that now dwarfs the Arab revolutions which overthrew dictatorships across the region.

For the first time, all of America’s ‘friends’ in the region are Sunni Muslims and all of its enemies are Shiites. Breaking all President Barack Obama’s rules of disengagement, the US is now fully engaged on the side of armed groups which include the most extreme Sunni Islamist movements in the Middle East. END_OF_DOCUMENT_TOKEN_TO_BE_REPLACED