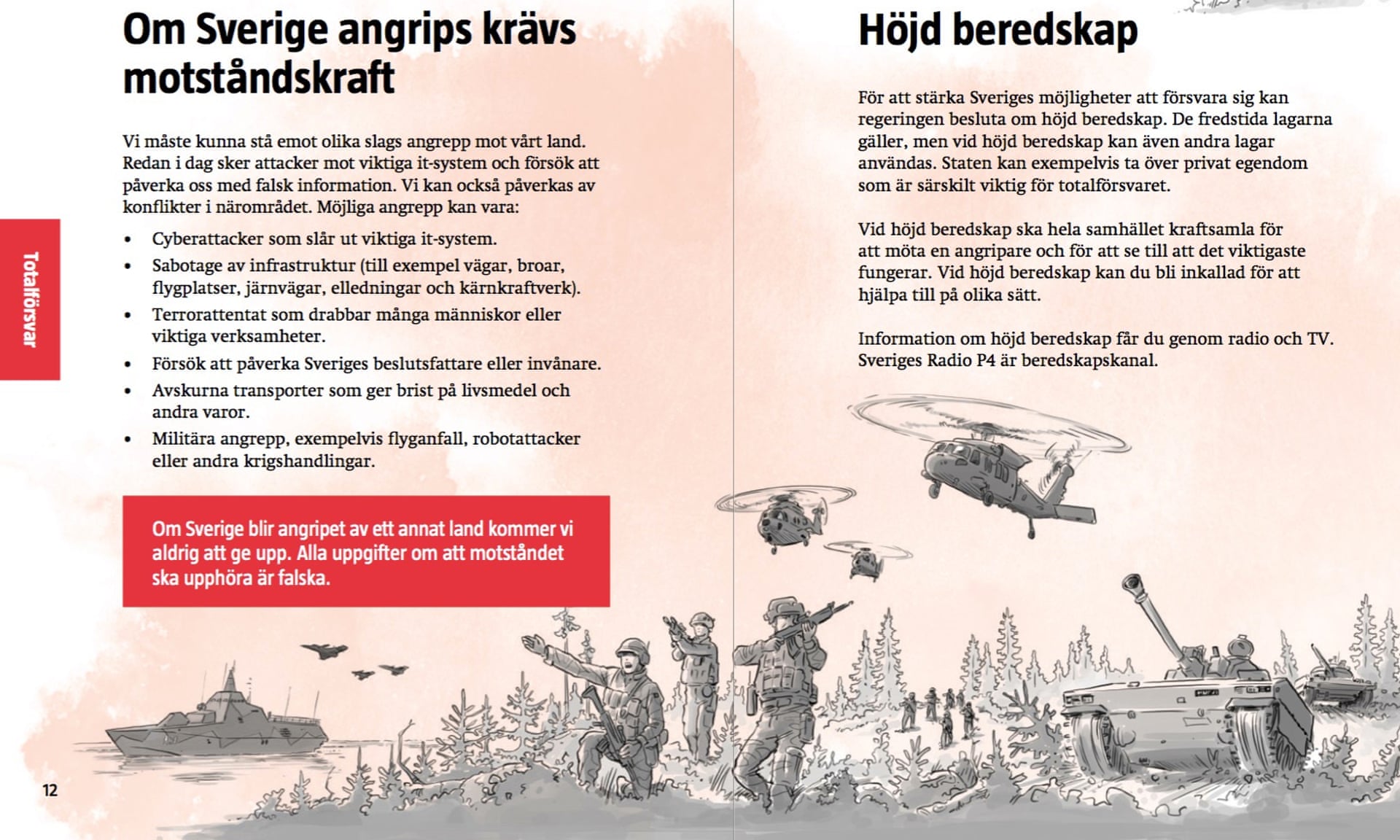 Om krisen eller kriget kommer (If crisis or war comes) explains how people can secure basic needs such as food, water and heat, what warning signals mean, where to find bomb shelters and how to contribute to Sweden’s “total defence”. END_OF_DOCUMENT_TOKEN_TO_BE_REPLACED

SWEDEN is preparing hundreds of nuclear bunkers ready for a surprise Russian attack amid fears of a Cold War in the Baltic.

The Swedish Civil Contingencies Agency (MSB) has reportedly been tasked with reviewing the bunkers.

Swedish authorities built a network of 65,000 bunkers in the Cold War in the event of a nuclear war with the then Soviet Union.