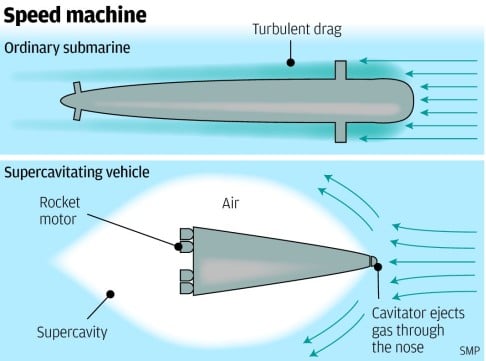 However, during the cold war, the Soviet military developed a technology called supercavitation, which involves enveloping a submerged vessel inside an air bubble to avoid problems caused by water drag. END_OF_DOCUMENT_TOKEN_TO_BE_REPLACED