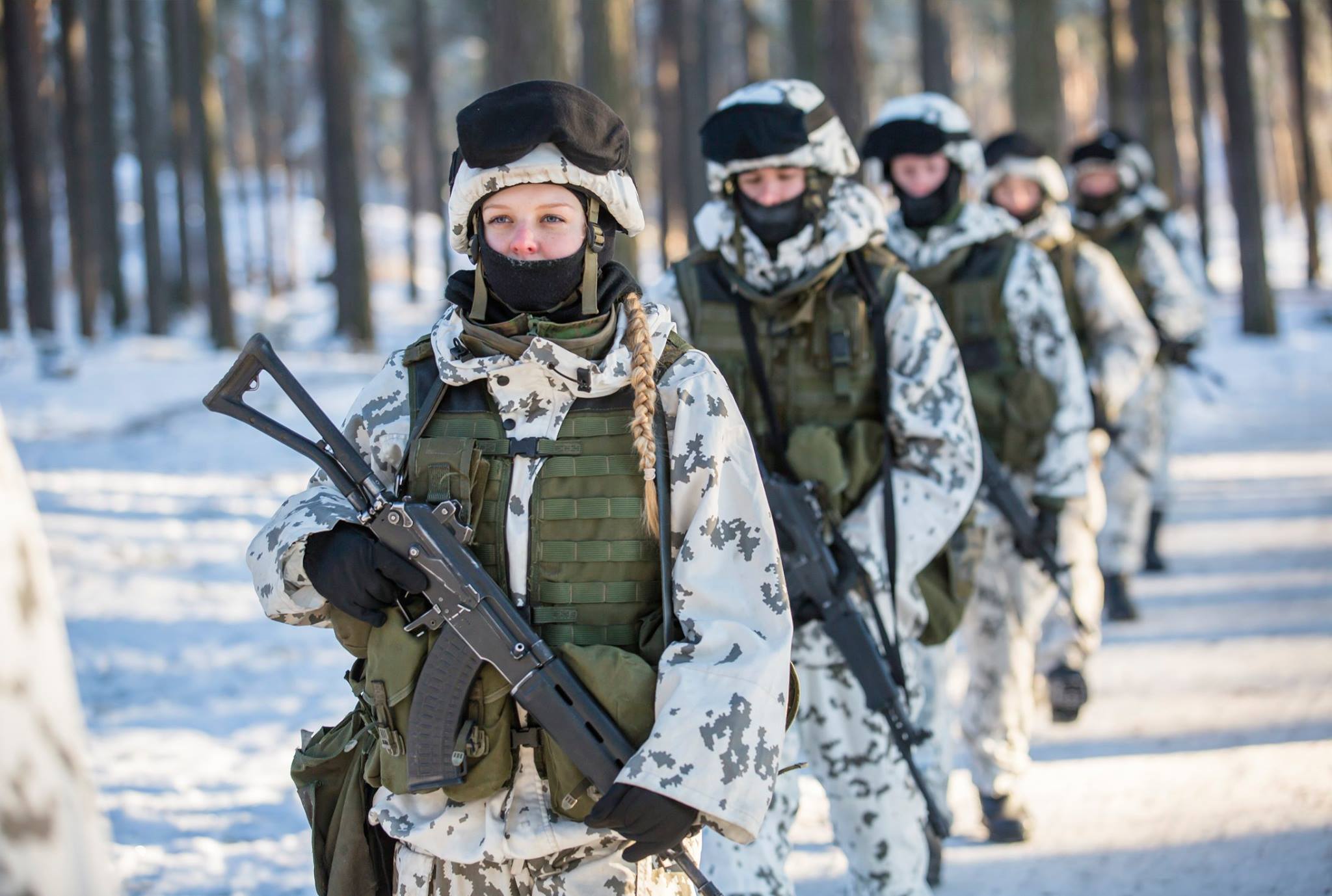 What the headlines usually miss is that U.S. defense spending is going down while global military spending is going up. The fact that the U.S. spends more on defense than any other individual nation dramatically misses the point. END_OF_DOCUMENT_TOKEN_TO_BE_REPLACED

In the Middle East, two Muslim powerhouses are squaring off. In one corner is Saudi Arabia and the Sunni Muslims. Relatively unseasoned yet well equipped, the house of Saud and its allies have been working feverishly to curtail the rise of their adversary. Shiite Iran stands in the opposing corner. The battle-hardened, though slightly less technologically advanced nation has stunned the Middle East with a string of victories that have seen Iranian hegemony grow to record levels.

Unfortunately, such expansion is quickly leading to confrontation between the two powers. In the event of a conflict, what would the two sides bring to the battle?

END_OF_DOCUMENT_TOKEN_TO_BE_REPLACED

According to the article, the Stockholm International Peace Research Institute (SIPRI) recently updated data on its website, based on information obtained from the United Nations’ register of conventional arms, indicating that Russia has already delivered 28 missiles over the last two years to Hanoi, although the precise number remains unknown. END_OF_DOCUMENT_TOKEN_TO_BE_REPLACED

Last week, a group of initially unidentified foreign troops disembarked in the Yemeni port city of Aden which is currently under siege by Iran-backed Rebels seeking to capture one of the last remaining major holdouts still controlled by fighters loyal to President Hadi. When the mystery soldiers arrived, the media made the somewhat logical assumption that a Saudi-led ground incursion had indeed begun. Surprisingly, the soldiers turned out to be Chinese and were in Yemen to ensure the safety of more than 200 civilians evacuating the city in an “unprecedented” move that at least according to one Chinese professor, makes China “look really good.” END_OF_DOCUMENT_TOKEN_TO_BE_REPLACED

Russia’s annexation of the Crimean peninsula and the deployment of up to 40,000 troops on Ukraine’s border to support the actions of pro-Russian separatist forces have been widely identified as a turning point in the “post-Cold War” European security system. But Russia’s militarized policy toward Ukraine should not be seen as a spontaneous response to the crisis. It has only been possible thanks to a long-term program by Moscow to build up its military capabilities.

To be a “great power” – which is the status that Moscow’s political elite claim for Russia – is to have both an international reach and regional spheres of influence. To achieve this, Moscow understands that it must be able to project military force, so the modernization of Russia’s armed forces has become a key element of its “great power” ambitions. For this reason, seven years ago, a politically painful and expensive military modernization program was launched to provide Russia with new capabilities. One of the key aims of this modernization has been to move the Russian military away from a mass mobilization army designed to fight a large-scale war (presumably against NATO) to the creation of smaller and more mobile combat-ready forces designed for local and regional conflicts. END_OF_DOCUMENT_TOKEN_TO_BE_REPLACED

There is an unmistakeable sense among Western decision-makers of power slipping away.

It’s not an argument about American abstention or decline, although that plays into it for some critics of the Obama administration.

It is more to do with the exhaustion – moral, political and economic – of nations that have been in the forefront of the international security business, and the vibrant ascendancy of some other players. END_OF_DOCUMENT_TOKEN_TO_BE_REPLACED

It should be known that Russia also plays the game of pretending to reduce their nuclear stockpiles, often claiming their latest missiles are classified as anything but long-range. The only country playing honest is the United States, which has a false sense of security and has developed the illusion that total disarmament would be a demonstration of moral strength.

SINGAPORE – How many nuclear weapons and delivery systems does a country need as an effective deterrent against the threats of attack? Finding an acceptable balance is critically important in Asia, where four of the world’s nine nuclear-armed states are located.

The Stockholm International Peace Research Institute (SIPRI) reported in June that all four Asian nations with nuclear weapons — China, India, Pakistan and North Korea — appeared to be expanding their arsenals while the United States, Russia, France, Britain and Israel were either reducing them or holding the number static. END_OF_DOCUMENT_TOKEN_TO_BE_REPLACED

Three of the world’s nuclear powers — China, India and Pakistan — have increased their arsenals over the past year, while the other five have cut their strength or kept it stable, the Stockholm International Peace Research Institute said Monday.

China now has 250 nuclear warheads against 240 in 2012, while Pakistan has increased its warheads by about 10 to between 100 and 120 and India has also added roughly 10 for a total of 90 to 110, SIPRI said in its annual report. END_OF_DOCUMENT_TOKEN_TO_BE_REPLACED

World military expenditure totalled $1.75 trillion in 2012, a fall of 0.5 per cent in real terms since 2011, according to figures released today by Stockholm International Peace Research Institute (SIPRI).

The comprehensive annual update of the SIPRI Military Expenditure Database is accessible from today at http://www.sipri.org.

The fall—the first since 1998—was driven by major spending cuts in the USA and Western and Central Europe, as well as in Australia, Canada and Japan. The reductions were, however, substantially offset by increased spending in Asia, Eastern Europe, the Middle East and North Africa, and Latin America. China, the second largest spender in 2012, increased its expenditure by 7.8 per cent ($11.5 billion). Russia, the third largest spender, increased its expenditure by 16 per cent ($12.3 billion). END_OF_DOCUMENT_TOKEN_TO_BE_REPLACED

India views the 50-tonne Agni V as a key boost to its regional power aspirations and one that narrows — albeit slightly — the huge gap with China’s technologically advanced missile systems.

“The Agni V can strike targets across China, potentially freeing up other short- and intermediate-range missiles for use against Pakistan and much of west and south-central China,” said IHS Jane’s analyst Poornima Subramaniam.

“Extensive land- and sea-launched missile development programmes have become important elements in India’s nuclear strategy, and in that context the Agni V is a significant development,” Subramaniam told AFP.