Poroshenko condemned what he described as a rapidly increased Russian military presence on the border with Ukraine, saying, “The number of [Russian] tanks at bases located along our border has tripled,” according to the AFP. END_OF_DOCUMENT_TOKEN_TO_BE_REPLACED

Video of the dramatic moment in May earlier this year is being aired as part of the Channel 5 documentary following the operations of the Type 45 destroyer in the volatile region. END_OF_DOCUMENT_TOKEN_TO_BE_REPLACED 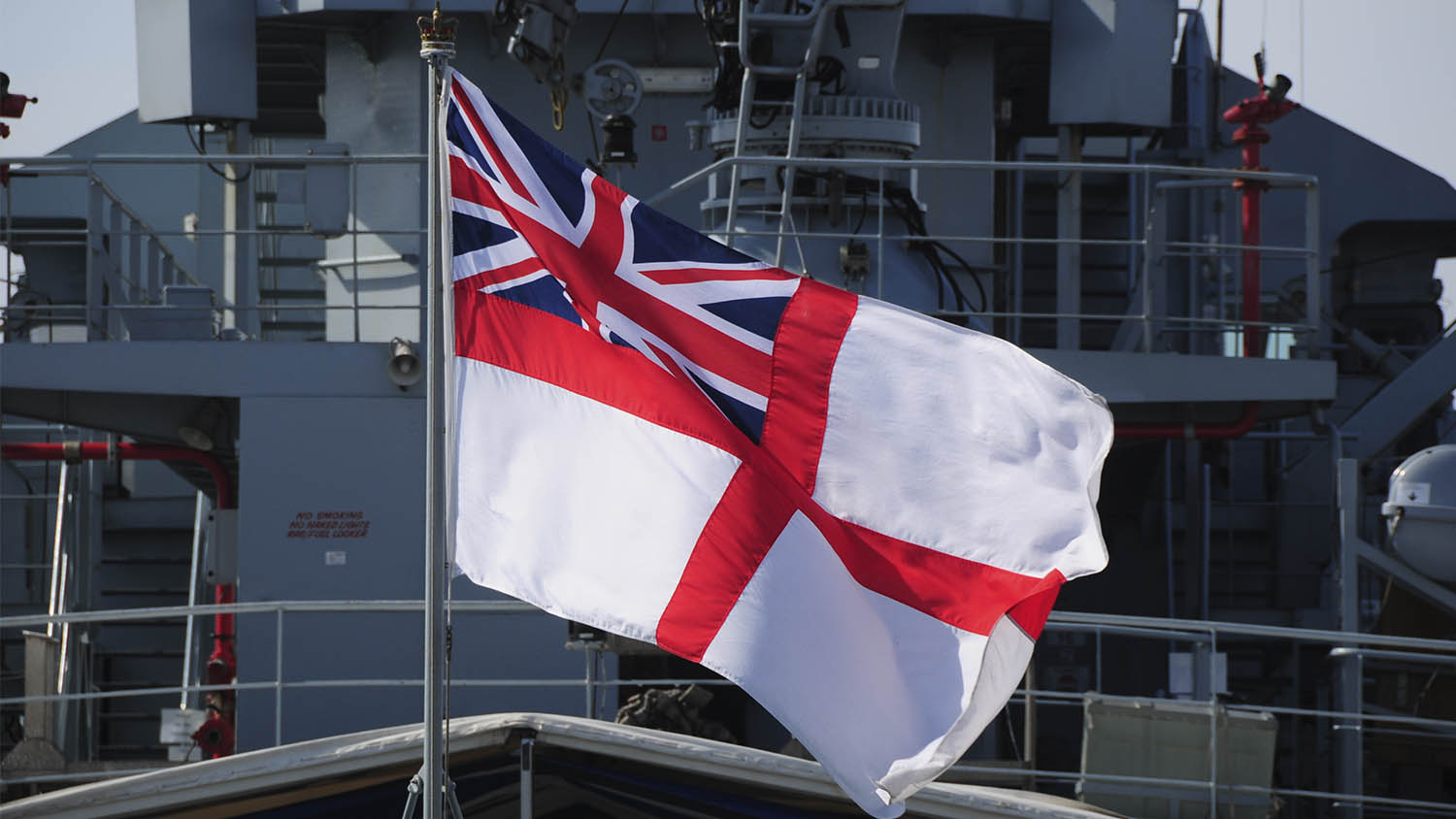 Britain does not recognize the need to maintain its defenses against military threats. Instead, it prioritized funding for foreign aid, the National Health Service and other domestic welfare programs. In the past, health, education and defense spending were equal. But expenditures in these non-defense areas have roughly doubled since 1990. Today, Britain spends almost six times more taxpayer cash on welfare than it does on defense. END_OF_DOCUMENT_TOKEN_TO_BE_REPLACED

The Ministry of Defence previously announced that HMS Argyll would also be deployed, arriving in the region later in the year to take part in an exercise with Australia, Malaysia, New Zealand and Singapore. END_OF_DOCUMENT_TOKEN_TO_BE_REPLACED

Files released on Monday by the British government reveal new evidence about one of the most prolific Soviet spy rings that operated in the West after World War II, which became known as the Portland Spy Ring. Some of the members of the Portland Spy Ring were Soviet operatives who, at the time of their arrest, posed as citizens of third countries. All were non-official-cover intelligence officers, or NOCs, as they are known in Western intelligence parlance. Their Soviet —and nowadays Russian— equivalents are known as illegals. NOCs are high-level principal agents or officers of an intelligence agency, who operate without official connection to the authorities of the country that employs them. They often pose as business executives, students, academics, journalists, or non-profit agency workers. Unlike official-cover officers, who are protected by diplomatic immunity, NOCs have no such protection. If arrested by authorities of their host country, they can be tried and convicted for engaging in espionage. END_OF_DOCUMENT_TOKEN_TO_BE_REPLACED

Under one scenario, HMS Queen Elizabeth, pictured, along with 12 F-35B fighter jets, would be brought into service early to join US warships off the Korean peninsula

The Armed Forces are preparing for a potential war with North Korea, sources have revealed.

Officials have been instructed to draw up plans for how Britain would respond if war broke out with Pyongyang amid heightening tensions between the West and dictator Kim Jong-Un. END_OF_DOCUMENT_TOKEN_TO_BE_REPLACED

In The Possessed, Dostoyevsky has his character Shatov exclaim:

Put another way, if a nation has confidence in itself, it continues as a viable political entity. Once it loses that, it lacks cohesion and becomes only a collection of random people living together. END_OF_DOCUMENT_TOKEN_TO_BE_REPLACED

Those who protect us deserve better.

The Royal Navy is a laughing stock that can no longer properly protect the British people due to savage government cutbacks, military sources have revealed.

13 of the Navy’s 19-strong fleet of Type 23 frigates and Type 45 destroyers are unable to go to sea due to a lack of manpower, fuel and supplies. END_OF_DOCUMENT_TOKEN_TO_BE_REPLACED

HMS Queen Elizabeth could be vulnerable to attack by missiles (EPA)

The HMS Queen Elizabeth, which was built in various yards around the UK before being assembled in Fife, could be sunk by cheap missile readily available to regimes across the globe, according to a a paper by the Royal United Services Institute (RUSI).

According to the institute, both China and Russia were already directing investment into such weaponry and have eroded the military dominance by the West. END_OF_DOCUMENT_TOKEN_TO_BE_REPLACED 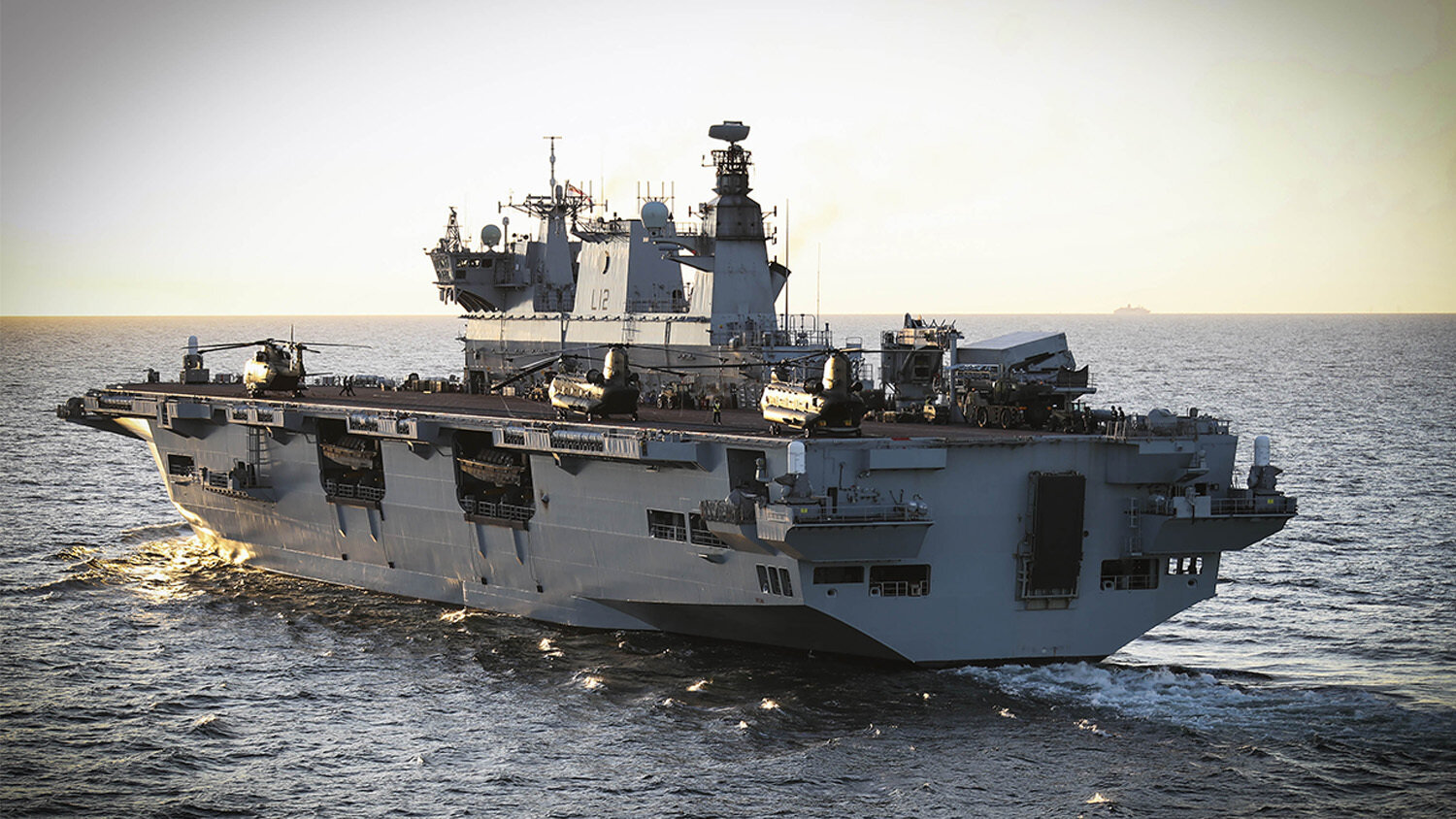 And now, for a glimpse into how insanely unprepared America and the West is for a real war against Russia. This is but one of many examples where military technology and systems are out-dated, out-matched and out-gunned, or simply non-existent.

Everyday Americans have no clue as it’s business as usual with their 9-to-5 jobs and following their favorite NFL team or the Kardashians.

NATO ships and aircraft are desperately hunting for two deadly Russian cruise-missile submarines amid fears the fleet was ready to strike French and US aircraft in the Eastern Mediterranean.

Fears for the safety of French carrier Charles de Gaulle and US craft USS Eisenhower have increased following reports that two Russian Oscar-II submarines are shadowing the aircraft carriers in the waters off the coast of war torn Syria.

Both carriers have been launching air strikes against the brutal Islamic State regime while a Russian flotilla of warships has been operating in the same area. END_OF_DOCUMENT_TOKEN_TO_BE_REPLACED

A ROYAL Navy patrol boat has fired three flares at a research vessel from Spain amid increasing tensions over the Rock.

Spanish oceanographers onboard research vessel Angeles Alvariño anchored in British waters as they attempted to drop a sonar buoy.

A Gibraltar Squadron speedboat was scrambled to stop them after radio contact failed.

THE ROYAL Navy is hunting for up to six rogue nuclear armed Russian submarines off the cost of Scotland.

If anything is likely to trigger World War III, it will be a North Korean EMP disguised as a weather satellite, falling out of the sky over the American mainland. That is likely the opening kick.

Potential WWIII triggers are located in Poland, Syria and the South China Sea

Several flashpoints could erupt into a global conflict involving the US, China and Russia, it is claimed

THE world is closer to a catastrophic and bloody World War III than at any other point in the past 60 years, experts have warned.

Russia and China, both of which are pumping vast amounts of money into their militaries, could soon rival the US in terms of power and prestige.

All three nations want to remain a global superpower – if not the only one – and are preparing for war, it is claimed.

END_OF_DOCUMENT_TOKEN_TO_BE_REPLACED

After an overwhelming 96 per cent Remain vote in June’s EU referendum, Spanish foreign minister Jose Manuel Garcia-Margallo swiftly called for the UK to share sovereignty, but the move was snubbed by Westminster. END_OF_DOCUMENT_TOKEN_TO_BE_REPLACED