In a dynamic that shows just how far U.S. oil production has come in recent years, the U.S. Energy Information Administration (EIA) said on Monday that in the last two months of 2018, the U.S. Gulf Coast exported more crude oil than it imported. END_OF_DOCUMENT_TOKEN_TO_BE_REPLACED

A “mosque tax” would be modeled on the Kirchensteuer or “church tax” that is currently paid by more than half of all Germans, collected through the tax system, and distributed to Christian and Jewish organizations. It currently amounts to around 8-9% of a person’s salary. END_OF_DOCUMENT_TOKEN_TO_BE_REPLACED

Arab countries are in talks with Washington regarding a new NATO-style security agreement to protect the Middle East from “external aggression,” Saudi Foreign Minister Adel al-Jubeir said on Sunday. END_OF_DOCUMENT_TOKEN_TO_BE_REPLACED

All wars initiated or supported by the US establishment — from the occupation of Iraq in 2003, to the second Israeli war on Lebanon in 2006, and to regime-change efforts in Syria in 2011 and the occupation of a third of Iraq in 2014 — have failed in their goal of stoking the fire of sectarian war between Sunni and Shia in the Middle East. The failure of this strategy has pushed the US establishment towards two new options: the first, of using the media to reveal Saudi Arabia’s intention to harm the Iranian economy and assassinate its military commanders. The second is to promote and advertise for an “Arab (Sunni) NATO Army”. The goal is to keep the possibility of sectarian war alive. END_OF_DOCUMENT_TOKEN_TO_BE_REPLACED

The reactor launched on November 5 is among 16 that Saudi officials, citing archrival Iran’s continued development of nuclear energy, have said they plan to build over the next two decades at a cost of $80 billion.

While Riyadh insists its goal is to diversify away from oil and gas, the main drivers of the kingdom’s economy, the nuclear plans have raised concerns in the West about the possibility of a nuclear race between the two Middle Eastern rivals.

Like Iran, Riyadh insists its only goal is the development of peaceful nuclear technologies. But Prince Muhammad warned in March that if Iran develops a nuclear weapon, Riyadh will do so as well. END_OF_DOCUMENT_TOKEN_TO_BE_REPLACED

Now a new report claims that Britain’s external intelligence agency, the Secret Intelligence Service (MI6), was aware of a plot by the Saudi government to kidnap Khashoggi in order silence him. British newspaper The Sunday Express says it has evidence from “high ranking intelligence sources” that MI6 was in possession of communications intercepts containing conversations about Khashoggi. The conversations were between Saudi government officials and officers of the General Intelligence Directorate (GID), the Kingdom’s primary spy agency. In the intercepts, a member of the Saudi royal family is allegedly heard giving orders for the GID to kidnap Khashoggi from Turkey sometime in early September. He also instructs the GID to secretly transport the dissident journalist to Saudi soil where he could be interrogated. During the conversation, a discussion took place about the possibility that Khashoggi would physically resist his abductors. At that point in the conversation, the high ranking intelligence source told The Express, the royal family member “left the door open for alternative remedies […] should Khashoggi be troublesome”. END_OF_DOCUMENT_TOKEN_TO_BE_REPLACED 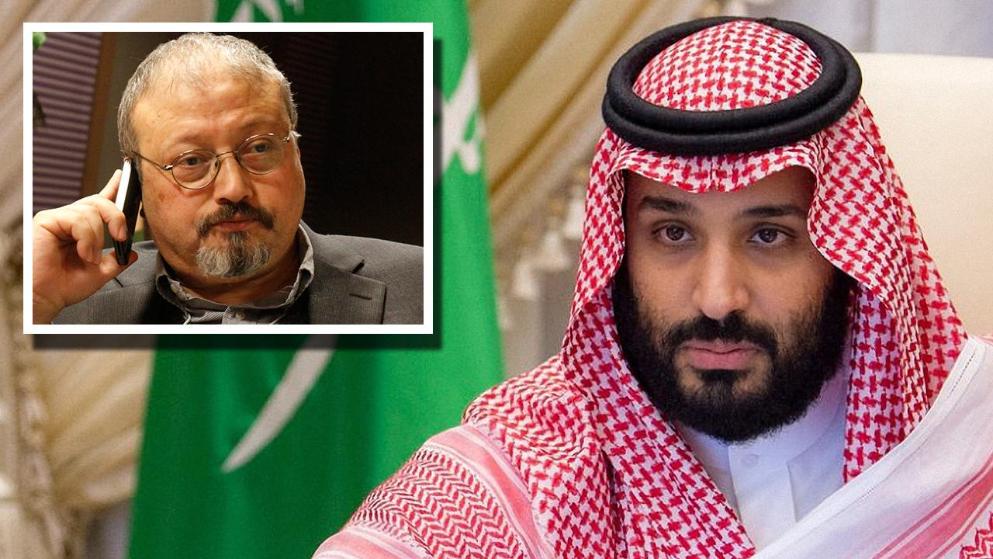 There are too many fingers in the pie and open questions for the scandal to die down any time soon. For one, what happened to the body of the dead journalist? The Saudis now report that it was handed to an unnamed “local collaborator.” This mysterious person either got away, was smuggled out of Turkey by Saudi agents or is no longer alive. This may explain the sweep Turkish police have been conducting in the woods near the consulate and other parts of Istanbul. END_OF_DOCUMENT_TOKEN_TO_BE_REPLACED 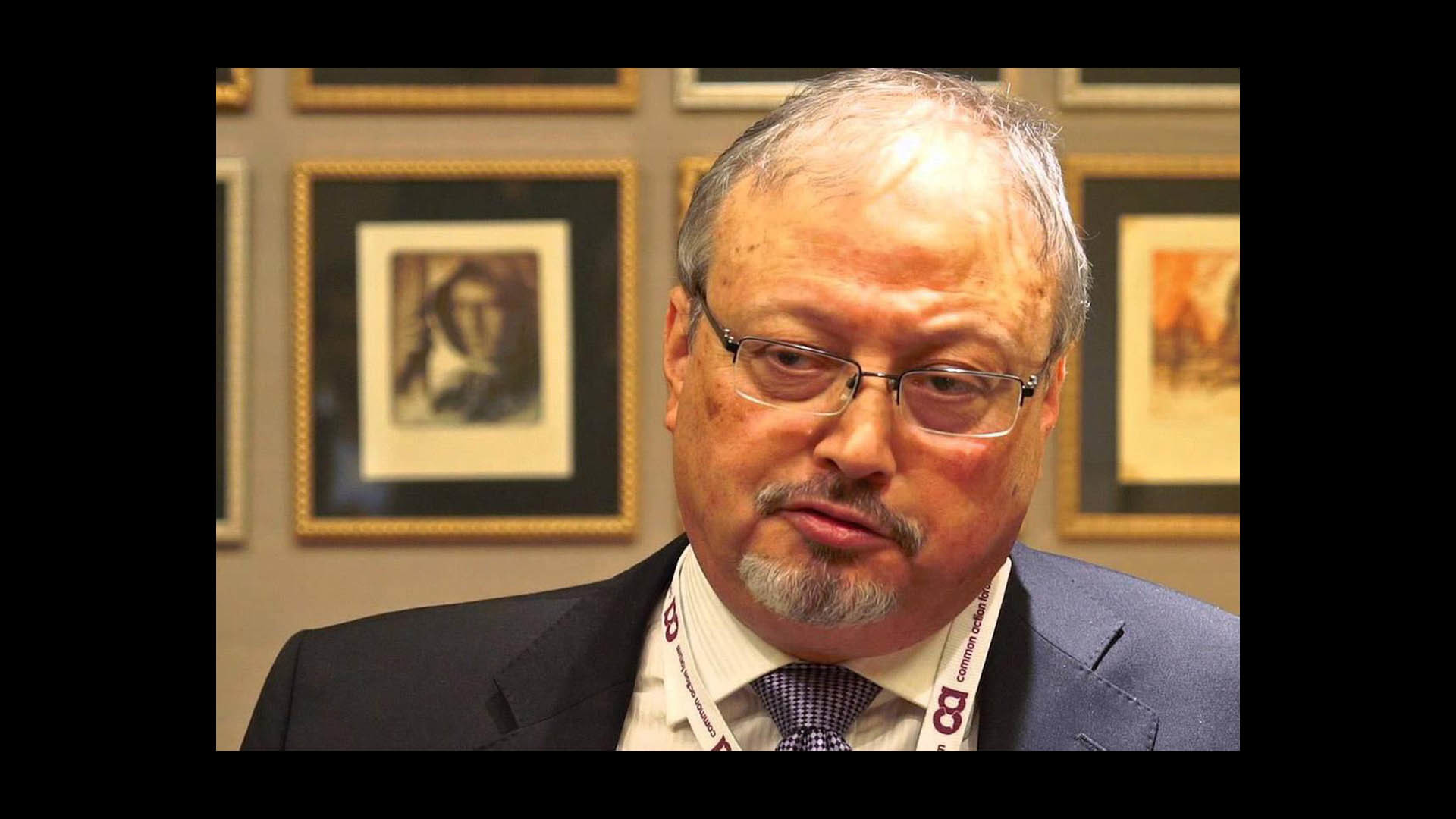 As many countries around the world have rallied to say they will punish Saudi Arabia if it is found to have been involved in the disappearance and possible death of dissident journalist Jamal Khashoggi, the kingdom vowed it would retaliate against any such action. END_OF_DOCUMENT_TOKEN_TO_BE_REPLACED

The fate of Saudi Crown Prince Mohammed bin Salman hangs in the balance. The common perception is that everything depends on which way President Donald Trump moves – go by his own preference to bury the scandal over Jamal Khashoggi’s disappearance or give in to the rising demand that Saudi-American relations can no longer be business as usual. Trump’s mood swing suggests he is dithering. END_OF_DOCUMENT_TOKEN_TO_BE_REPLACED

The disappearance of Jamal Khashoggi has shocked many in the United States, but it should not come as a surprise. Indeed, it is a logical outgrowth of the policies that the Saudi leadership has been pursuing for the past two years, and the support that it has found for its approach in the Trump White House and parts of the American establishment. END_OF_DOCUMENT_TOKEN_TO_BE_REPLACED

To sum up the last few weeks of international events, it is worth comparing the direction taken by the multipolar troika of Russia, China and Iran, and the one taken by the fading unipolar order led by the United States, Israel and Saudi Arabia. END_OF_DOCUMENT_TOKEN_TO_BE_REPLACED 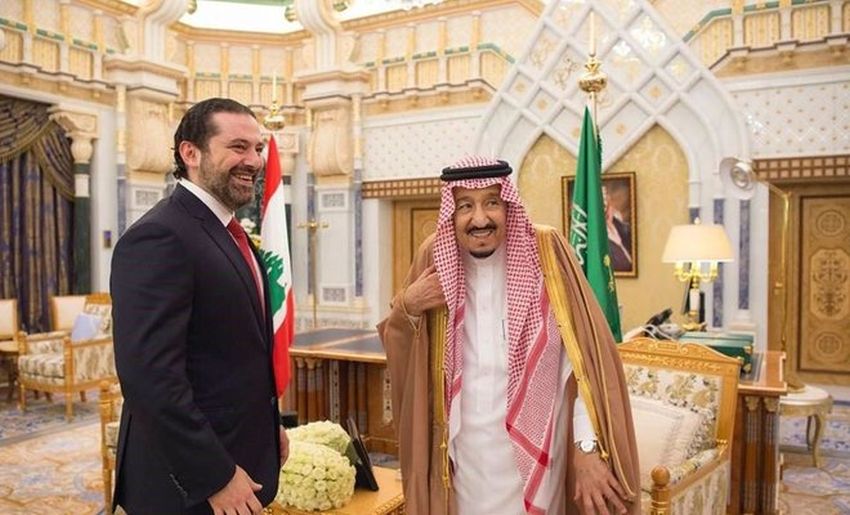 The Lebanese Sunni politician and his family have long been inextricably tied to Saudi Arabia and its royal house, as well as professing a pro-West orientation. However, it was suddenly noticed in Riyadh, as well as Jerusalem, that the most devoted Saudi loyalist in Beirut had quietly crossed the lines. Hariri had quietly decided to follow the Iranian star and throw in his political lot with his old enemy, the Shiite Hizballah. And they had promised he would retain the premiership after Lebanon’s May 8 general election, in which their Shiite March 8 Alliance was sure to win a majority in parliament. END_OF_DOCUMENT_TOKEN_TO_BE_REPLACED

The U.S. is in a catch-22. Either step in, and in some sort of restricted way, help the Saudis build a nuclear program, or allow the Russians and Chinese to fill the vacuum in giving the Kingdom a path to nuclear weapons. The latter would likely mean the end of a U.S.-Saudi alliance and see relations in Riyadh shift to the Moscow-Beijing axis.

Allowing for Iran to proliferate opened the gates to Saudi proliferation, which will without a doubt, pave the way for other nations in the region to acquire. In the end, you can’t say you weren’t warned of the consequences.

More information can be found in the following previous posts:

Saudi prince: Getting nukes an option if Iran breaks deal

Saudi Arabia Admits it Has NUCLEAR BOMBS; Will Test Within Weeks!

As Predicted, the Iran Deal Has Begun to Wreck Global Nuclear Non-Proliferation Efforts

Saudis to warn Obama they will match Iran’s nuke buildup

Saudi Arabia is moving swiftly to become the next country in the Middle East with nuclear power. The Kingdom is on the verge of striking a deal with the US for the purchase of nuclear reactors despite concerns over its refusal to accept stringent restrictions against the proliferation of nuclear weapons. END_OF_DOCUMENT_TOKEN_TO_BE_REPLACED

END_OF_DOCUMENT_TOKEN_TO_BE_REPLACED

Palestinian Authority Chairman Mahmoud Abbas is on his way Tuesday to Riyadh where he faces a stern demand to break away from the Turkish-Qatari-Jordanian line-up fighting US political steps in the region. DEBKAfile reports that Saudi Crown Prince Muhammed bin Salman will not give way on this demand and, if Abbas holds out, the showdown could end in the Saudis cutting off assistance to the Palestinian Authority. END_OF_DOCUMENT_TOKEN_TO_BE_REPLACED