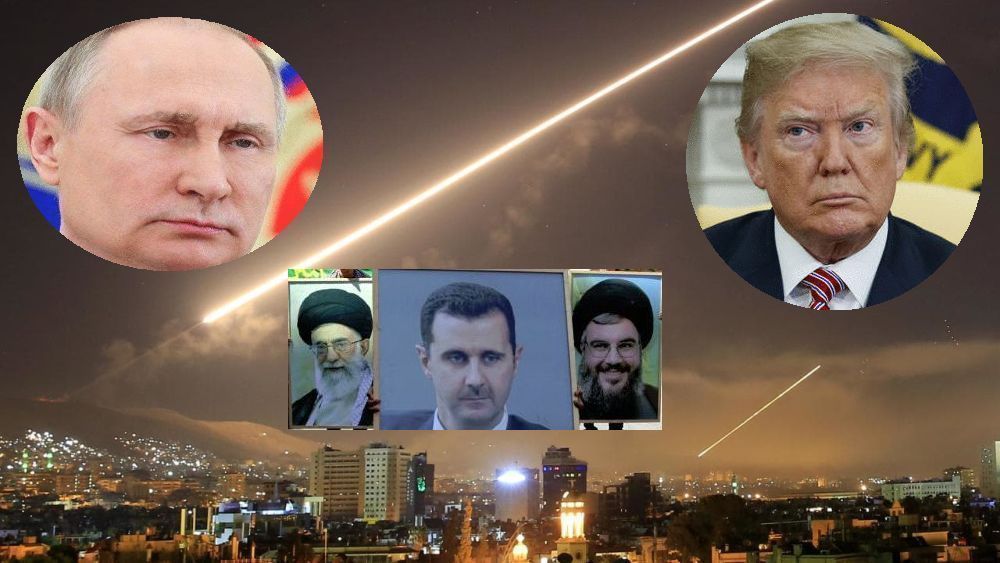 The television network RT asked me for a comment around the recent visit to Raqqa done by the USAID program chief together with the CENTCOM Commander. [1]

Before addressing the humanitarian situation in Raqqa associated with the reconstruction issue (80 percent of Raqqa dwellings remain “inhabitable”, according to the UN), I will focus on the current U.S. geopolitics in the area, against the backdrop of the U.S. emerging ‘Plan B’ on Syria. So far, the implementation of this new design has signified the virtual occupation of nearly a third of Syria’s territory. A hallmark of the situation consisting in the illegal occupation of Syrian territory by U.S. troops.

The first project of the US on Syria aimed to obtain a regime change. It was pretty much a “default” policy applied by the US in the Middle East at the times of the Obama / Hillary Clinton administration. Partly of its mechanism has been described by Senator Dick Clark (an excerpt of Senator Clark’s declarations is found in the video here below. Click on the image for the excerpt-footage).

The strategy of “regime change”, which can we call “U.S. Plan A on Syria”, failed.

END_OF_DOCUMENT_TOKEN_TO_BE_REPLACED

The US does not intend to end or even curtail its military presence in Iraq (as well as Syria) after the defeat of the Islamic State. It is planning to turn Iraq into a major theater of confrontation with Iran. There are signs that a war with Iran may be much closer than we think.

CIA director Mike Pompeo, an official known for his staunch opposition to Iran, has warned Tehran that the United States would hold it accountable for any attacks it conducted on American interests. Addressing high-ranking US military and security officials on Saturday, Dec. 2, at a defence forum at the Ronald Reagan Presidential Foundation and Institute in Simi Valley, California, Pompeo said that he had sent the letter to General Qassem Suleimani, a leader of Iran’s Islamic Revolutionary Guard Corps and elite Quds. “What we were communicating to him in that letter was that we will hold him and Iran accountable… and we wanted to make sure that he and the leadership of Iran understood that in a way that was crystal clear,” the CIA director explained. END_OF_DOCUMENT_TOKEN_TO_BE_REPLACED

President Trump is being attacked from all sides. On Nov.18, Air Force General John Hyten, commander of the US Strategic Command (STRATCOM), told an audience at the Halifax International Security Forum in Nova Scotia, Canada, that he would resist President Donald Trump if he ordered an “illegal” launch of nuclear weapons. It’s up to the general to decide if the order is legal or illegal! This is an extraordinary statement coming from a top official on active service! And it does not look like the general is going to resign or retire. It means he can afford it with no consequences to face. The statement came after Senate held the first congressional hearing in more than four decades on the president’s authority to launch a nuclear strike. END_OF_DOCUMENT_TOKEN_TO_BE_REPLACED 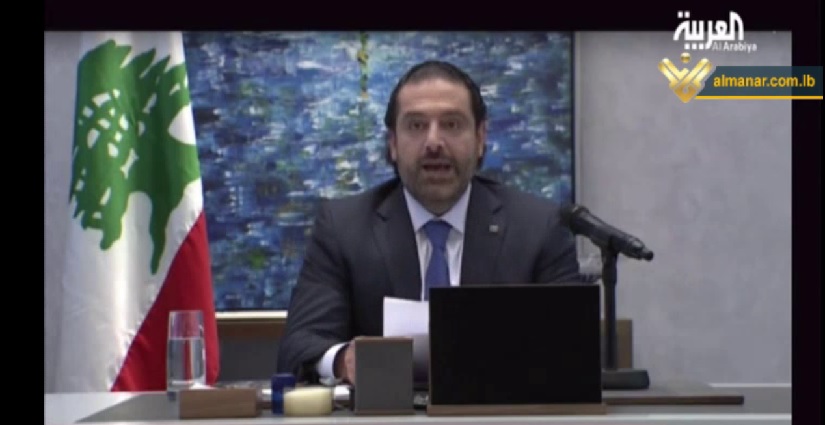 The turmoil in the Middle East has been instigated in part by fiscal mismanagement. When the money was rolling in with high oil prices, it was assumed, as always, that whatever trend is in motion will remain in motion. Consequently, the government expanded their spending assuming money would continue to flow in. When oil broke, the fiscal mismanagement has been exposed for all to see if they care to look.

Falling oil prices have decimated revenues and trade in the region. Security worries about terrorism, particularly in the US, have led to cuts in airline routes. Then there has also been a long-running diplomatic and trade impasse between Saudi Arabia and its allies on the one hand, and Qatar on the other. Now the good-old-days of easy money and rapid growth has led to concerns about over-capacity, waste, and corruption that nobody cared about when money flowed like oil.

END_OF_DOCUMENT_TOKEN_TO_BE_REPLACED 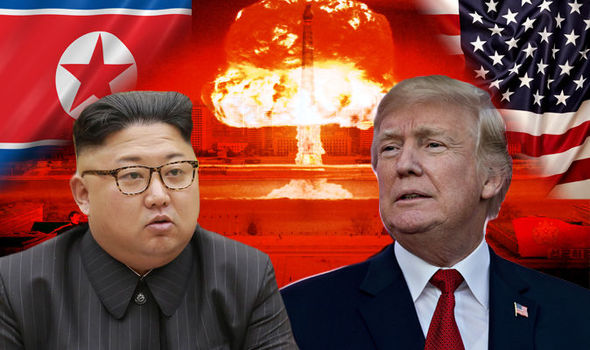 He said: “For NATO, it is important to put pressure on North Korea to make sure all nations implement the sanctions to reach a peaceful resolution.” END_OF_DOCUMENT_TOKEN_TO_BE_REPLACED

The Trump administration will tell Cuba on Tuesday to remove the majority of its diplomats from Washington, D.C. after the U.S. cut its own embassy staff in Havana last week, according to a new report.

American officials told the Associated Press that the administration will request that Cuba withdraw 60 percent of its diplomats from the U.S. The move comes amid heightened tensions between both countries after at least 21 U.S. embassy personnel in Havana were sickened in mysterious sonic attacks. END_OF_DOCUMENT_TOKEN_TO_BE_REPLACED

France’s President Emmanuel Macron declared Wednesday that the Iran nuclear deal is no longer a sufficient safeguard against the growing power that Tehran wields in its region.

“We need the 2015 accord,” he said of the agreement. “Is this accord enough? It is not, given the growing pressure that Iran is applying in the region.”

Macron was speaking in New York on the sidelines of the UN General Assembly, while ministers from Iran the six world powers that signed the accord met to discuss it. END_OF_DOCUMENT_TOKEN_TO_BE_REPLACED

A boom operator, assigned to the 340th Expeditionary Air Refueling Squadron, prepares to refuel an aircraft from a KC-135 Stratotanker above Southwest Asia, July 20, 2017.

US airmen are rapidly developing and remixing new technologies and techniques in the fight against ISIS, but sometimes you can’t beat the tried and true.

ISIS doesn’t have an Air Force, but the Syrian skies are nevertheless a rapidly evolving “laboratory” for air warfare, said U.S. military leaders, who described how the U.S. is fusing cyber attacks with real bombs and using open-source intelligence to find and strike targets.

END_OF_DOCUMENT_TOKEN_TO_BE_REPLACED 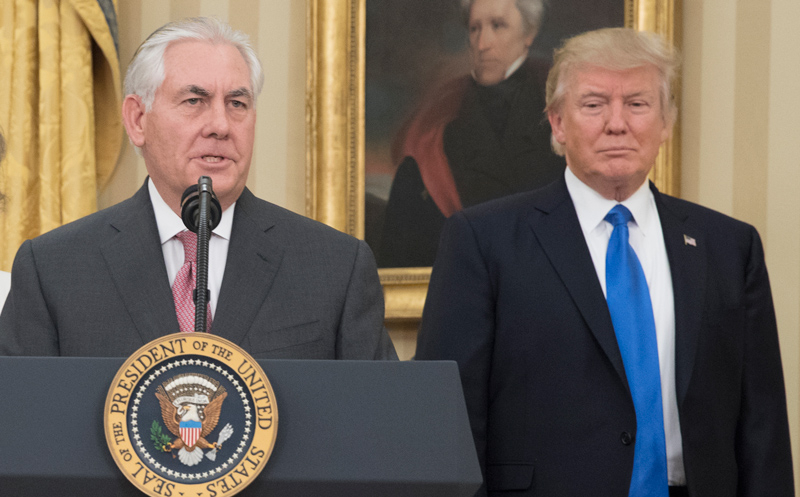 The U.S. State Department has backed away from a demand that Israel return $75 million in military aid which was allocated to it by the U.S. Congress. END_OF_DOCUMENT_TOKEN_TO_BE_REPLACED

The State Department under Secretary Rex Tillerson has been locked in a growing power struggle with the White House that has angered officials in the West Wing and sparked claims that the Trump administration’s top diplomatic organ is now in “open war” with the White House on a range of critical issues, including the Israeli-Palestinian impasse, Iran, the crisis with Qatar, and other matters, according to multiple sources who spoke to the Washington Free Beacon about the situation.

The State Department is said to be in a state of “massive dysfunction,” with top officials working under Tillerson ignoring White House directives on critical staffing issues and key policy matters, according to multiple sources, including administration allies who are said to be increasingly frustrated with what is perceived as the White House’s inability to control its own federal agencies.

The tensions have fueled an outstanding power battle between the West Wing and State Department that has handicapped the administration and resulted in scores of open positions failing to be filled with Trump confidantes. This has allowed former Obama administration appointees still at the State Department to continue running the show and formulating policy, where they have increasingly clashed with the White House’s own agenda.

END_OF_DOCUMENT_TOKEN_TO_BE_REPLACED

The North Korea Travel Control bill, introduced in Congress in May, seeks to cut off the foreign currency the Kim Jong-Un regime earns from American tourists.

The Trump administration is advising all U.S. nationals in North Korea to leave “immediately” as the State Department said it will soon issue a ban on American tourism to the communist nation.

Koryo Tours and Young Pioneer Tours, who both operate in North Korea, said on July 21 that they had been told of the upcoming ban by the Swedish embassy, which acts for the U.S. as Washington has no diplomatic relations with Pyongyang. END_OF_DOCUMENT_TOKEN_TO_BE_REPLACED

Per the Iran Nuclear Review Act of 2015, the Trump administration is required to certify to Congress every 90 days that Iran is in compliance with the July 2015 nuclear deal (the Joint Comprehensive Plan of Action, or JCPOA) and that this agreement is in the national-security interests of the United States. The next certification is due on July 17, 2017.

It is crucial that the Trump administration, in the next JCPOA certification statement, correct the gross error it made in April, when it certified that Iran was complying with this agreement and that the JCPOA is in the national-security interests of our country. Unfortunately, the administration reportedly might make this same mistake again. END_OF_DOCUMENT_TOKEN_TO_BE_REPLACED