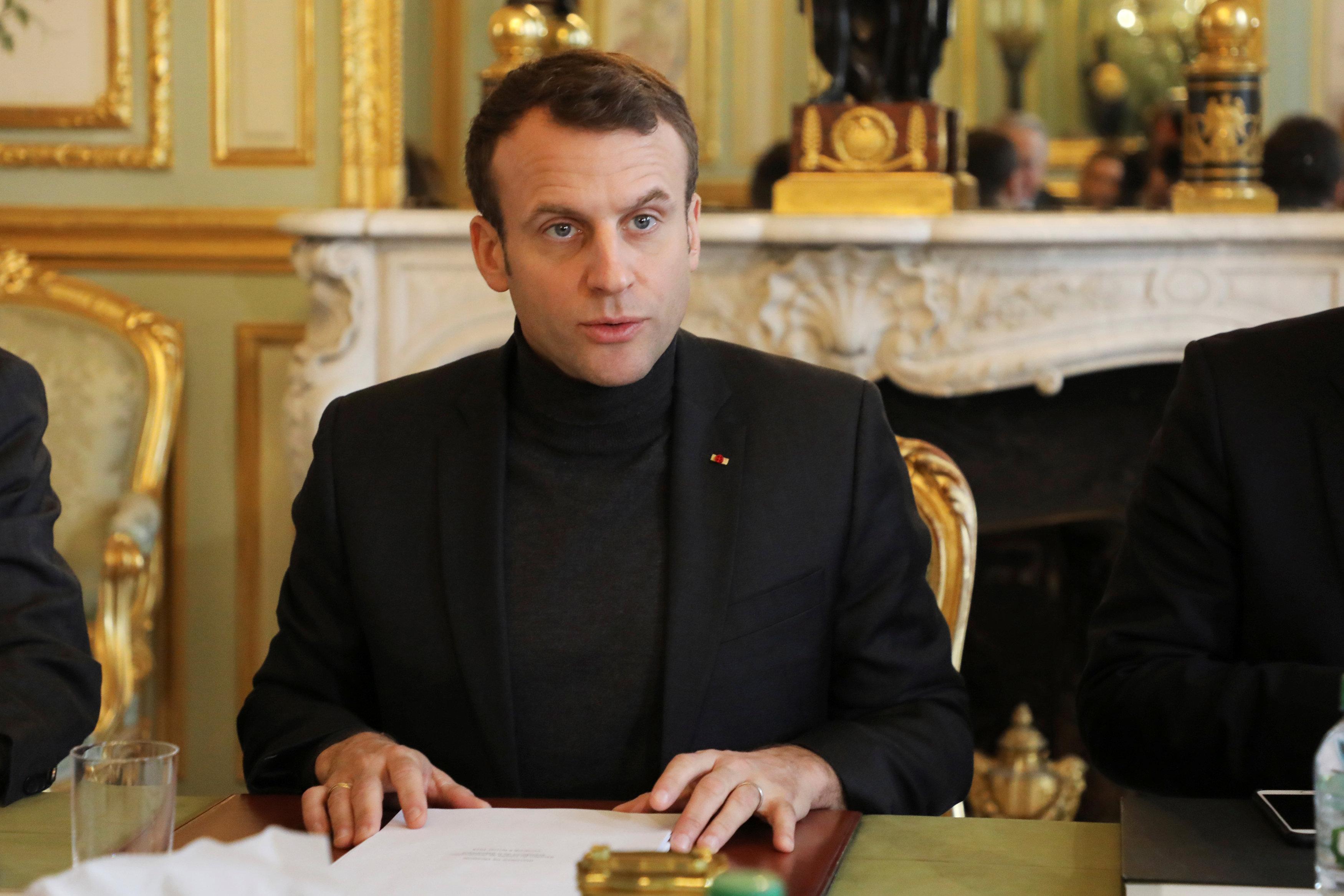 Macron said last May that the use of chemical weapons would represent a “red line”. In a telephone call with Russian President Vladimir Putin on Friday expressed concern over signs that chlorine bombs had been used against civilians in Syria. END_OF_DOCUMENT_TOKEN_TO_BE_REPLACED

“The day that a U.S. Navy vessel arrives in Kaohsiung, is the day that our People’s Liberation Army unites Taiwan with military force,” Li Kexin, the minister at the Chinese Embassy in Washington, said at an embassy event, Taiwan media reports. END_OF_DOCUMENT_TOKEN_TO_BE_REPLACED

Egyptian President Abdel Fattah El-Sisi said on Wednesday his country does not support a military escalation in regional tensions between Saudi Arabia and Iran. END_OF_DOCUMENT_TOKEN_TO_BE_REPLACED 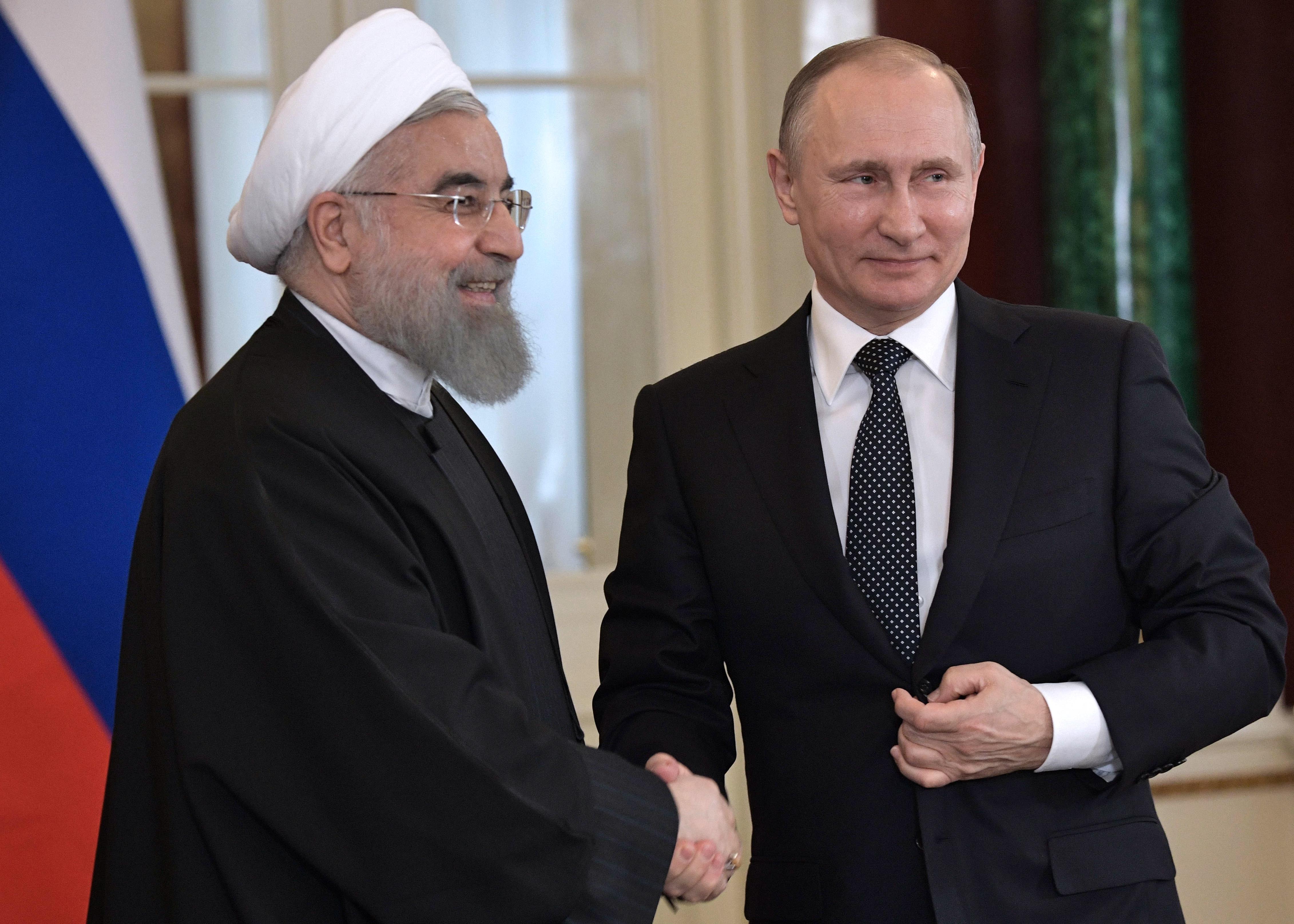 In a joint statement, the command centre for the two countries and allied groups said “we will respond to any aggression”. END_OF_DOCUMENT_TOKEN_TO_BE_REPLACED

Russian warplanes began bombing American-backed Syrian opposition strongholds on Wednesday, a move that can be viewed as the latest example of American humiliation abroad.

As was the case when Russians invaded Ukraine, the Russians cloaked their activity in lies.

In the former example, Russian soldiers didn’t wear uniforms, a thinly-veiled move meant to create the impression the fighters were merely Ukrainian “separatists.”

END_OF_DOCUMENT_TOKEN_TO_BE_REPLACED

Syria’s dictator is under siege and could fall. Who stands most to benefit?

Since inheriting his father’s 30-year old rule of Syria in 2000, President Bashar Assad has maintained a strong grip on power. But things have changed since the Arab Spring and the consequent civil war in his country.

Syria’s civil war has raged for over four years now, and the country is engulfed in suffering. More than 200,000 people have been killed, according to the United Nations. Tallying up the dead got so bad that in 2013, an exasperated UN momentarily gave up counting. Nearly 8 million people have been displaced from their homes. Four million have fled to other countries.

END_OF_DOCUMENT_TOKEN_TO_BE_REPLACED

…which is precisely why it’s said the window of opportunity to stop Iran from going nuclear is closing fast, be it for Israel or America leading the charge.

Although it’s not 100% certain, don’t be surprised if war breaks out soon as Israel is forced to fight for its very existence. This is also what the anti-Israel Obama administration would want from a propaganda perspective, as to place all the blame on Israel and present it as the warmonger. Israel is fell for a well-designed trap and is now in a catch-22.

Lawmakers say sale of S-300 is move to stop U.S. strike on Iran

A bipartisan team of lawmakers is warning that Russia’s decision to arm Iran with advanced missile systems will erode America’s ability to launch a military strike against the Islamic Republic’s contested nuclear sites, according to a letter sent Monday to the Obama administration.

Russia announced Monday that it will reverse a years-long ban on arming Iran with the advanced S-300 air defense missile system. The move was condemned by the Obama administration, which had viewed the ban as a sign of its successful attempts to rein in Russian proliferation. END_OF_DOCUMENT_TOKEN_TO_BE_REPLACED

The Price of President Obama’s Indifference

Syrian rebels are fighting a ruinous war against the regime of Bashar al-Assad, a cruel dictator who has used chemical weapons against his own people with no repercussions for crossing Obama’s vanishing “red line.” The rebels have been left twisting in the wind by the administration. END_OF_DOCUMENT_TOKEN_TO_BE_REPLACED

Iran is threatening to launch a massive missile strike against Israel if the United States attacks Syria for using chemical weapons against its own people, which could touch off a full-blown war in the region.

“The day of reckoning is near,” according to Hossein Shariatmadari, the chief editor of Keyhan newspaper, an outlet controlled by Iran’s supreme leader, Ayatollah Ali Khamenei. END_OF_DOCUMENT_TOKEN_TO_BE_REPLACED

A senior Iranian lawmaker said Israel would be the first casualty of any U.S.-led strike on Syria, according to regional media reports.

Hossein Sheikholeslam, the director general of the Iranian parliament’s International Affairs bureau, claimed the United States would not dare attack Syria but said that if it does, “the Zionist regime will be the first victim.”

“No military attack will be waged against Syria,” Sheikholeslam was quoted as saying on Monday by Iran’s state run Fars News Agency. END_OF_DOCUMENT_TOKEN_TO_BE_REPLACED

As has been stated here many times: Expect war, not a peaceful resolution. The Assad regime realizes what happened to the leaders in Egypt, Jordan, Libya, Lebanon and Iraq, to name a few. They all wound up dead or imprisoned. When their last military stronghold gives way, which seems to be the Syrian air force in this case, expect the Assad regime to go “all-out” and for the conflict to likely ignite a powder keg engulfing the entire Middle East.

Furthermore, don’t expect the retaliation to just be “over there” in some far off region called the middle east. Both Syria and Iran have thousands of sleeper cells planted within the United States — and have been for well over a decade.

Lastly, events leading to an all-out regional war in the middle east could mean that Isaiah 17:1 will indeed be fulfilled during this generation.

Britain is planning to join forces with America and launch military action against Syria within days in response to the gas attack believed to have been carried out by President Bashar al-Assad’s forces against his own people.

Royal Navy vessels are being readied to take part in a possible series of cruise missile strikes, alongside the United States, as military commanders finalise a list of potential targets.

Government sources said talks between the Prime Minister and international leaders, including Barack Obama, would continue, but that any military action that was agreed could begin within the next week. END_OF_DOCUMENT_TOKEN_TO_BE_REPLACED

UK and US military chiefs are drawing up a list of targets for precision-guided bombs and missiles to strike at the heart of Bashar Al-Assad’s regime. Defence correspondent Ian Drury looks at the options.

WHAT TARGETS WOULD THE COALITION HIT?

The favoured option among top brass is for limited Western action using ‘stand-off’ weapons from long distance to disrupt Assad’s ability to carry out chemical attacks and damage his military machine.

Intelligence on targets would come from pilotless drones patrolling the skies above Syria and special forces on the ground.

Military analysts believe an attack could last between 24 and 48 hours and would target key regime installations. END_OF_DOCUMENT_TOKEN_TO_BE_REPLACED

The semi-official Fars news agency, which has close ties to Iran’s powerful Revolutionary Guard, quoted Gen. Masoud Jazayeri as warning that “trespassing over the red line in Syria will have severe consequences for the White House.”Gen. Jazayeri did not provide details but said Washington is well aware of such red lines. He said the war in Syria is a product of a US plot and “regional reactionary” countries, a common reference to Saudi Arabia and Qatar. END_OF_DOCUMENT_TOKEN_TO_BE_REPLACED

Netanyahu went on to say that Israel had a more narrow timetable than Washington, implying it may have to take unilateral action to halt Iran’s controversial nuclear program.

“Our clocks are ticking at a different pace. We’re closer than the United States. We’re more vulnerable. And therefore, we’ll have to address this question of how to stop Iran, perhaps before the United States does,” he said. END_OF_DOCUMENT_TOKEN_TO_BE_REPLACED

“The President has said that the use of chemical weapons would change his calculus, and it has,” he continued. END_OF_DOCUMENT_TOKEN_TO_BE_REPLACED