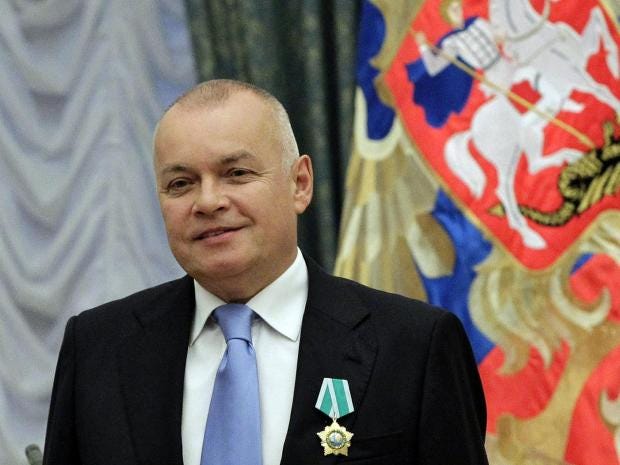 END_OF_DOCUMENT_TOKEN_TO_BE_REPLACED

Moscow: A Kremlin-backed journalist issued a stark warning to the United States about Moscow’s nuclear capabilities on Sunday, as the White House threatened sanctions over Crimea’s referendum on union with Russia.

”Russia is the only country in the world that is realistically capable of turning the United States into radioactive ash,” television presenter Dmitry Kiselyov said on his weekly current affairs show.

Behind him was a backdrop of a mushroom cloud following a nuclear blast. END_OF_DOCUMENT_TOKEN_TO_BE_REPLACED