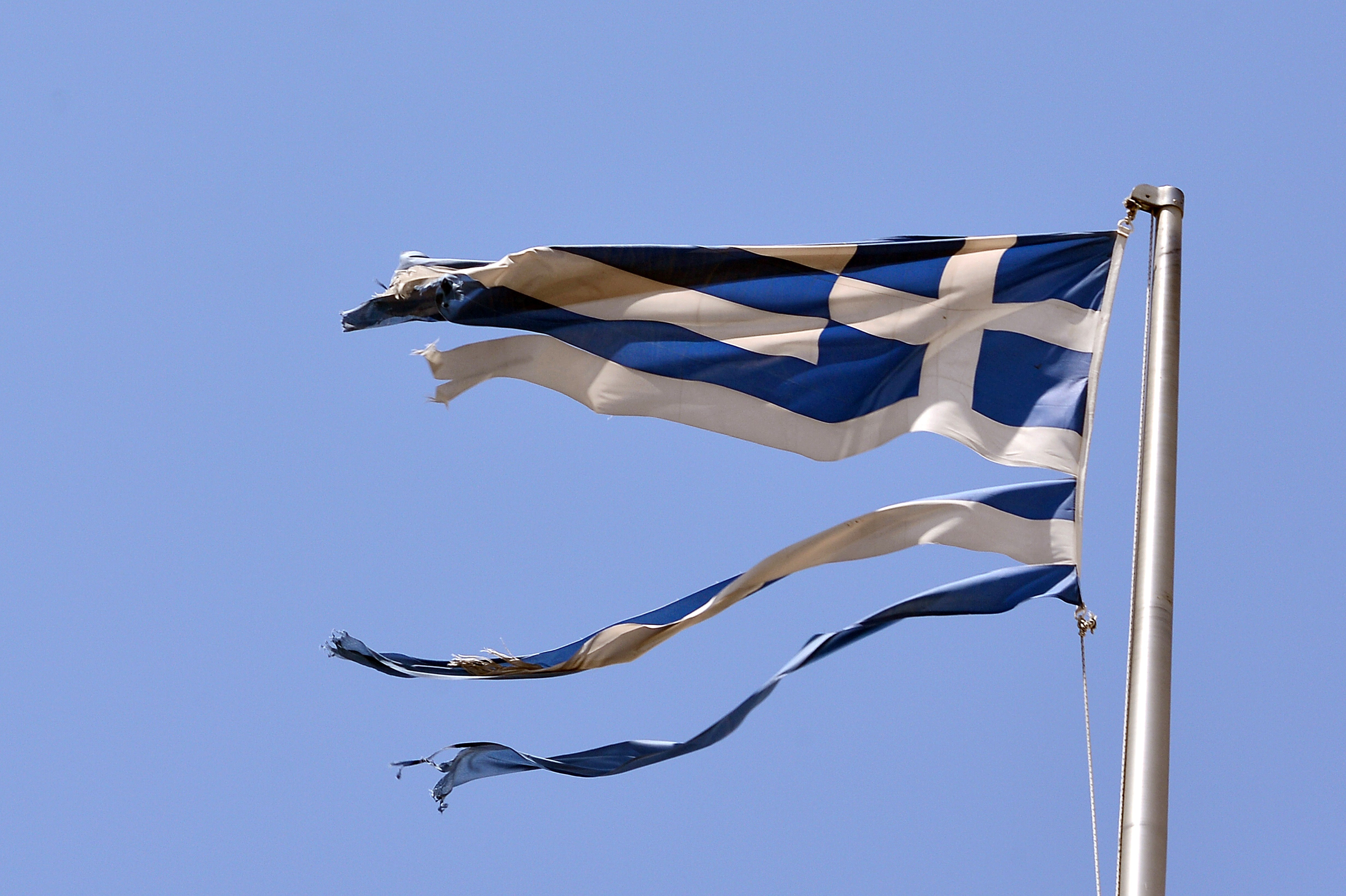 While Greece may have ended the bailout process, the underlying issues that wrecked its economy in the first place remain largely intact. END_OF_DOCUMENT_TOKEN_TO_BE_REPLACED

Ireland remains especially exposed to another financial shock because of the extremely high levels of public and private debt, the open nature of the economy, and Brexit, Irish Central Bank Governor Philip Lane has warned in a pre-budget letter to Minister for Finance, Michael Noonan.

“Ireland is especially exposed due to the legacy of high public and private debt levels, the sensitivity of small, highly-open economies to international shocks and Brexit-related vulnerabilities,” Ireland’s Central Bank Governor said.

The letter was covered in the Irish Independent, Irish Times and Irish Examiner. This is something we covered in our interview with Max Keiser last week – see here. END_OF_DOCUMENT_TOKEN_TO_BE_REPLACED

Experts say looming debt could lead to a financial crisis

The federal debt held by the public totals more than $13 trillion, or about $107,000 per household in the United States, according to a report released this month by the Cato Institute. END_OF_DOCUMENT_TOKEN_TO_BE_REPLACED

While Greece is suffering from a protracted debt crisis, facing new tough reforms, the question arises whether if the United States will soon become incapable to handle its own growing debts, asks Romina Boccia, the Heritage Foundation’s Grover M. Hermann Fellow in Federal Budgetary Affairs.

“The United States differs from Greece in important ways. The US economy is much larger and better diversified. More than half of the US debt is held by creditors within its borders, rather than by foreign entities. Moreover, the United States also creates its own money, enabling it to devalue its currency and debt to avoid defaulting on payments for a lack of cash,” the analyst underscored.

END_OF_DOCUMENT_TOKEN_TO_BE_REPLACED

The Greek Economy Is Small and Imbalanced

Here are the basics of Greece’s economy, via the CIA’s World Factbook:

Greece’s population is 10.8 million and its GDP (gross domestic product) is about $200 billion (This source states the GDP is 182 billion euros or about $200 billion). Note that the euro fell sharply from $1.40 in 2014 to $1.10 currently, so any Eurozone GDP data stated in dollars has to be downsized accordingly. Many sources state Greek GDP was $240 billion in 2013; adjusted for the 20% decline in the euro, this is about $200 billion at today’s exchange rate.

Los Angeles County, with slightly more than 10 million residents, has a GDP of $554 billion, more than double that of Greece. END_OF_DOCUMENT_TOKEN_TO_BE_REPLACED

SAN JUAN, Puerto Rico (AP) — Puerto Rico’s financial future hung in limbo Tuesday as economists and officials warned that the U.S. territory could head down Greece’s path if it is not allowed to declare bankruptcy as it struggles with $72 billion in public debt.

The island prepared to close a troubled fiscal year amid intense investor scrutiny just hours before the first of several multimillion-dollar debt payments is due. It remained unclear whether the government would meet the roughly $400 million obligation due Wednesday, obtain yet another extension from creditors, or default.

Gov. Alejandro Garcia Padilla has said that the overall debt is unpayable and that he will seek a moratorium on payments, although it is still unknown whether bondholders will agree to that or opt to resolve the issue in court. END_OF_DOCUMENT_TOKEN_TO_BE_REPLACED

I am a macro manager. I read your article on April 9th about Public/ private.

I agree it will happen but Commercial banks hold only a tiny part of the US Treasury as you will see from the graph attached. They will probably buy on the way up and China reserve growth is slowing making domestic buyers the prime target . There is scarcity of quality collateral with all new type of regulations (Dodd, Basel III etc..)

Thanks for your good work. END_OF_DOCUMENT_TOKEN_TO_BE_REPLACED

Spain’s public debt has topped one trillion euros ($1.3 trillion) for the first time, the central bank announced Thursday, despite years of government-imposed austerity.

The nation’s accumulated public debt mushroomed to 1.007 trillion euros at the end of June from 996 billion euros a month earlier, the Bank of Spain said in a report. END_OF_DOCUMENT_TOKEN_TO_BE_REPLACED

The US economy is a house of cards. Every aspect of it is fraudulent, and the illusion of recovery is created with fraudulent statistics.

American capitalism itself is an illusion. All financial markets are rigged. Massive liquidity poured into financial markets by the Federal Reserve’s Quantitative Easing inflates stock and bond prices and drives interest rates, which are supposed to be a measure of the cost of capital, to zero or negative, with the implication that capital is so abundant that its cost is zero and can be had for free. Large enterprises, such as mega-banks and auto manufacturers, that go bankrupt are not permitted to fail. Instead, public debt and money creation are used to cover private losses and keep corporations “too big to fail” afloat at the expense not of shareholders but of people who do not own the shares of the corporations.

Capitalism has been transformed by powerful private interests whose control over governments, courts, and regulatory agencies has turned capitalism into a looting mechanism. Wall Street no longer performs any positive function. Wall Street is a looting mechanism, a deadweight loss to society. Wall Street makes profits by front-running trades with fast computers, by selling fraudulent financial instruments that it is betting against as investment grade securities, by leveraging equity to unprecedented heights, making bets that cannot be covered, and by rigging all commodity markets. END_OF_DOCUMENT_TOKEN_TO_BE_REPLACED

(CNSNews.com) – In the budget proposal he presented to Congress last month, President Barack Obama called for what would be the highest level of sustained taxation ever imposed on the American people, according to the analysis published last week by the Congressional Budget Office.

America has never been subjected to a ten-year stretch of taxation at that level. END_OF_DOCUMENT_TOKEN_TO_BE_REPLACED

If you thought the US’s fiscal cliff—that combination of rising taxes and slashed fiscal spending that scared investors and shook the economy in December 2012—was bad, have a gander at what Japan’s prime minister, Shinzo Abe, faces. He entered the job with a mandate to grow the economy and escape deflation. But before Abe took over, the government passed a tax hike on consumption to show that the Japanese government is serious about shrinking its ¥1 quadrillion ($10.3 trillion) in public debt. END_OF_DOCUMENT_TOKEN_TO_BE_REPLACED