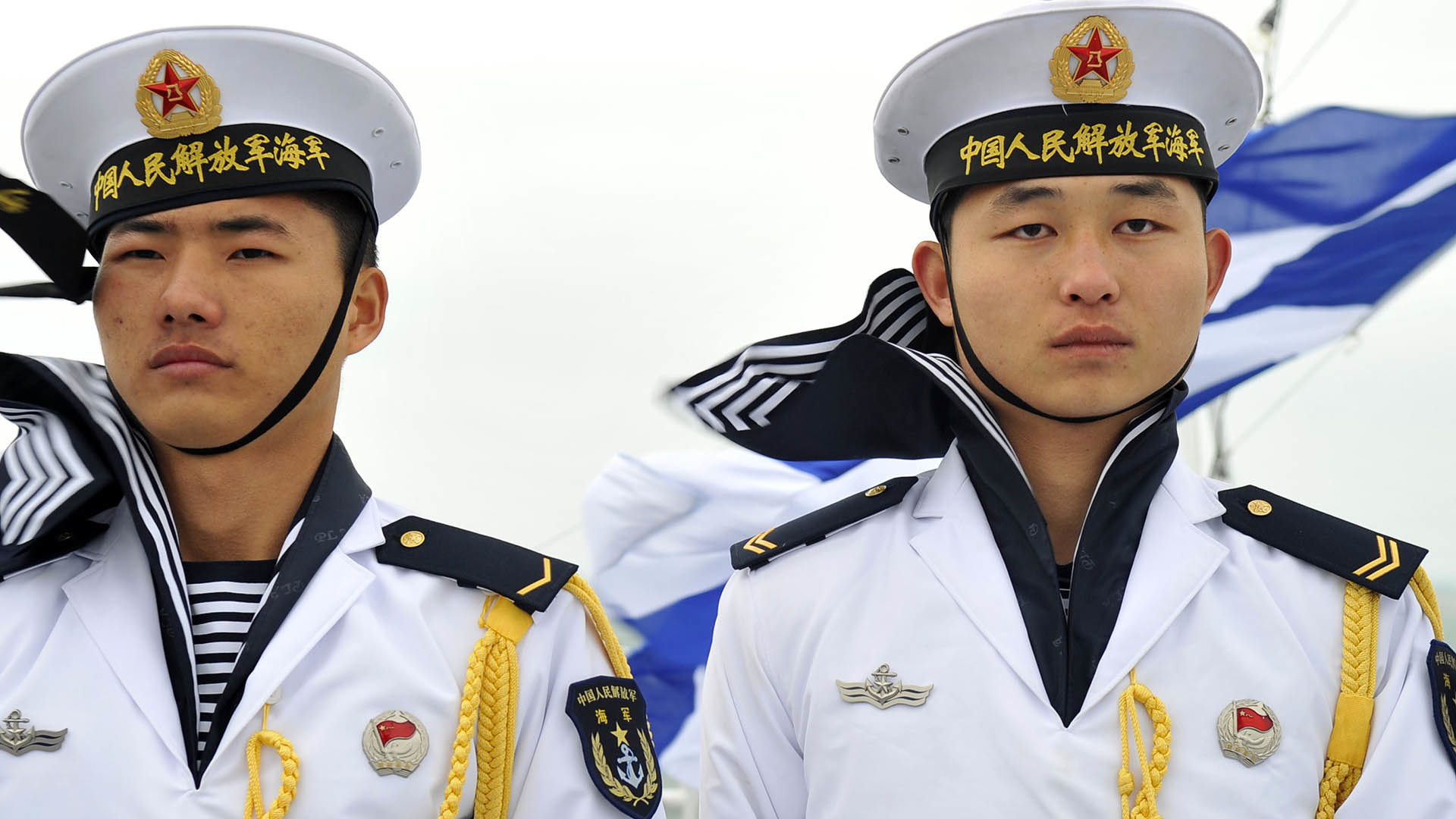 The nominee to take over the beleaguered U.S. Pacific Command, Adm. Philip Davidson, has informed Congress that China has the capacity and capability to control the South China Sea “in all scenarios short of war with the U.S.” END_OF_DOCUMENT_TOKEN_TO_BE_REPLACED

Additionally, the command nominee Adm. Philip Davidson told the Senate Armed Services Committee in a written statement this week that the military urgently needs hypersonic and other advanced weaponry to defeat China’s People’s Liberation Army in a future conflict. END_OF_DOCUMENT_TOKEN_TO_BE_REPLACED

Washington (AFP) – Even as the Pentagon hustles to ensure that its defenses keep pace with North Korea’s fast-growing rocket program, US officials increasingly are turning attention to a new generation of missile threat.

These weapons under development by China and Russia — as well as by the United States — can fly at many times the speed of sound and are designed to beat regular anti-missile defense systems. END_OF_DOCUMENT_TOKEN_TO_BE_REPLACED

Patrick Cronin, an Asian security expert with the Democrat-leaning Center for New American Security, has been named to the plum post of director of a key Pentagon think tank, the Asia Pacific Center for Security Studies.

The appointment was announced March 10 in a notice from the center that said Mr. Cronin was approved by Defense Secretary James Mattis.

While Pentagon spokesman Capt. Jeff Davis said Mr. Mattis “was not involved in this decision” that was made before President Trump took office in January, the selection has set off criticism among conservative China analysts who are concerned about Mr. Cronin’s views and writings on China. However, the key eyebrow-raiser for critics was Mr. Cronin’s signing of an anti- Trump protest letter last year. END_OF_DOCUMENT_TOKEN_TO_BE_REPLACED

A Russian MiG-31 jet flew within 50 feet of a U.S. surveillance aircraft in Northeast Asia last week, Moscow’s latest aerial saber-rattling against American ships and planes, according to defense officials.

“On April 21, a U.S. Navy P-8 Maritime Patrol reconnaissance aircraft flying a routine mission in international airspace was intercepted by a MiG-31 Russian jet in the vicinity of the Kamchatka Peninsula,” Cmdr. Dave Benham, a spokesman for the Pacific Command, told the Washington Free Beacon. END_OF_DOCUMENT_TOKEN_TO_BE_REPLACED

The latest bomber flights around the island were the fourth time in the past three years that Russian bombers circumnavigated Guam. END_OF_DOCUMENT_TOKEN_TO_BE_REPLACED

More on the USS Kitty Hawk incident can be found here:

A Chinese attack submarine stalked the aircraft carrier USS Ronald Reagan near Japan last month in the closest encounter between a carrier and a People’s Liberation Army Navy submarine since 2006, according to American defense officials.

The Chinese submarine sailed very close to the Reagan during the weekend of Oct. 24, said defense officials familiar with reports of the incident.

The incident occurred as the Reagan sailed from its home port to the Sea of Japan around the southern end of Japan. END_OF_DOCUMENT_TOKEN_TO_BE_REPLACED

Global Hawk long-range surveillance drones were targeted by the jamming in at least one incident near the disputed Spratly Islands, where China is building military facilities on Fiery Cross Reef.

Disclosure of the jamming came as a U.S. Navy P-8 surveillance flight on Wednesday was challenged eight times by the Chinese military to leave the same area. END_OF_DOCUMENT_TOKEN_TO_BE_REPLACED

Scaparrotti, commander of U.S. Forces Korea, said “we must assume they have that capability” of hitting the U.S. Adm. Samuel Locklear, head of the Pacific Command, also testified and agreed with Scaparrotti’s assessment of North Korea’s nuclear capabilities but said they had yet to test the KN-08. END_OF_DOCUMENT_TOKEN_TO_BE_REPLACED

Three B-2 strategic nuclear bombers completed a tour of duty in Guam this week, as tensions remained high between the United States and China over what the Pentagon called a “dangerous” Chinese fighter-jet intercept of a U.S. surveillance plane last week.

Adm. Haney said in a statement that the bombers are intended to send a message to allies and adversaries.

“It is important for U.S. Strategic Command to continue to project global strike capabilities and extended deterrence against potential adversaries while providing assurance to our allies through deployments such as this,” he said. END_OF_DOCUMENT_TOKEN_TO_BE_REPLACED

(Reuters) – A top Chinese general toured an American aircraft carrier on Tuesday at the start of a U.S. visit expected to expose tensions over territorial disputes between Beijing and U.S. allies in the South and East China Seas.