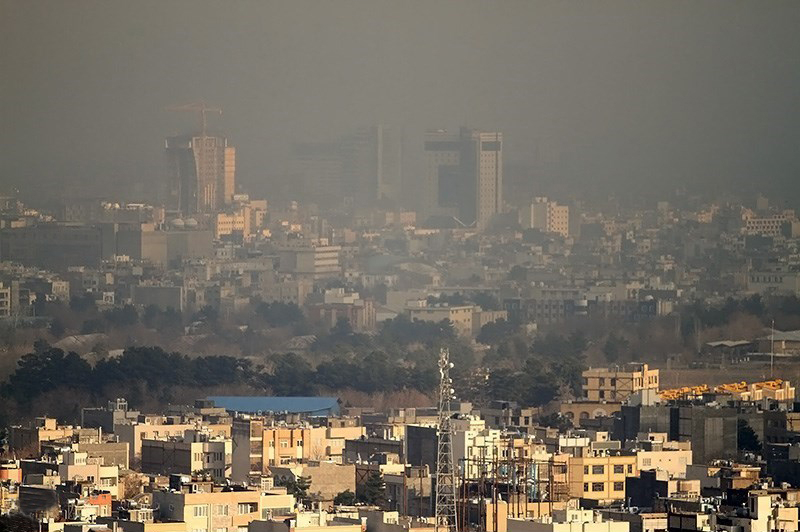 For the record, since his first year in office, Barack Obama has indeed done everything to strengthen Israel’s adversaries and even cut back on crucial military supplies from the United States.

MOSCOW (Sputnik) — Trump has repeatedly slammed the agreement between Iran and P5+1. END_OF_DOCUMENT_TOKEN_TO_BE_REPLACED

On October 18, 2015, the day set as Adoption Day for the Joint Comprehensive Plan of Action (JCPOA), the Iranian leadership continues to come out with statements opposing Iran’s approval of it.

In the past few days, Iranian officials have clarified that Iran’s Majlis, Supreme National Security Council, and Guardian Council have not approved the JCPOA; Supreme Leader Ali Khamenei tweeted, and posted on his Facebook page, an announcement titled “Negotiation With America Is Forbidden”; and other Iranian officials have stated that Iran is expecting the U.S. to announce that the sanctions have been terminated, not suspended as the JCPOA stipulates.

Sometime this week, President Obama is scheduled to sign an executive order to meet the Oct. 15 “adoption day” he has set for the nuclear deal he says he has made with Iran. According to the president’s timetable the next step would be “the start day of implementation,” fixed for Dec. 15.

But as things now stand, Obama may end up being the only person in the world to sign his much-wanted deal, in effect making a treaty with himself.

The Iranians have signed nothing and have no plans for doing so. The so-called Joint Comprehensive Plan of Action (JCPOA) has not even been discussed at the Islamic Republic’s Council of Ministers. Nor has the Tehran government bothered to even provide an official Persian translation of the 159-page text. END_OF_DOCUMENT_TOKEN_TO_BE_REPLACED

This is precisely why Israel has been told to forget America and prepare for Armageddon.

The Obama administration has turned the United States into an unreliable nation for even its strongest of traditional allies.

The mullahs learned well the lesson that Saddam Hussein learned in 1981 when Israel bombed the nascent Iraqi reactor at Osirak. Days after that attack, then-prime minister Menachem Begin announced the Begin Doctrine – that Israel viewed the development of weapons of mass destruction as an existential threat regardless of the stage of development and would preemptively attack as a means of counter-proliferation.The Begin Doctrine also led Israel to attack and destroy a Syrian site in Deir ez-Zor in 2007. In his memoir, Decision Points, President George W. Bush wrote that then-prime minister Ehud Olmert asked the United States to bomb the site, but that the evidence was insufficient to warrant U.S. action. So Israel did it. END_OF_DOCUMENT_TOKEN_TO_BE_REPLACED

In statements, three Iranian leaders – President Hassan Rohani, Foreign Minister Zarif, and Deputy Foreign Minister and senior negotiator Abbas Araghchi – emphasized that Iran has no intention of abiding by UNSRC 2231, which includes the JCPOA and another element; rather, that they will abide only by the original JCPOA.

The Iran nuclear deal consists of the following:

“The access of inspectors from the International Atomic Energy Agency or from any other body to Iran’s military centers is forbidden,” Ali Akbar Velayati, Khamenei’s adviser for international affairs, said in an interview with Al-Jazeera satellite TV. Velayati further stressed that the directive will be enforced regardless of interpretations by the P5+1 world powers to the contrary. END_OF_DOCUMENT_TOKEN_TO_BE_REPLACED

The crooked deal has not only set Iran on a guaranteed path to nuclear weapons, but has now made them an imminent economic powerhouse in the southern hemisphere — or, King of the South. The Obama administration had successfully bought them time and helped them rise.

Only war can be around the corner when a belligerent nation like Iran, who wants to induce the return of the 12th Imam, is given such a foundation.

Germany’s top ten industrial giants flew to Iran on Sunday in order to discuss future economic cooperation, after the protracted negotiation between the P5+1 and Iran finally borne fruit this week.

According to Iran’s Oil Ministry Director General for Europe, US and Caspian Countries Hossein Esmayeeli, Germany’s delegation of its top ten industrial companies headed by German Vice Chancellor and Economy Minister Sigmar Gabriel are due to arrive in Iran on Sunday.

“The delegation which will comprise of representatives of different German industrial companies, including Linde, Siemens, Mercedes-Daimler, Volkswagen, GIZ and tens of other German firms will arrive in Tehran in the coming days,” the minister said as quoted by Iran’s Fars News Agency (FNA).

END_OF_DOCUMENT_TOKEN_TO_BE_REPLACED

Israeli news sources report that the U.S. and its negotiating partners have given in to Iran’s insistence that it will not allow inspections of its nuclear weapons facilities:

The P5+1 countries led by the United States under Barack Obama have caved in to Iranian demands and will not insist on inspections of nuclear installations as part of a deal on Iran’s nuclear weapons program, Channel 1 reported Sunday.

END_OF_DOCUMENT_TOKEN_TO_BE_REPLACED

This is precisely why economic sanctions on Iran are laughable. It was mentioned years ago that you cannot bring down a third-world nation any farther than it already is (See also HERE). The regime running the country remains isolated, shielded and unaffected at the expense of the every day citizen that receives all the aftermath. Plus, add to the fact that there will always be more than one customer in the world needing oil that isn’t a Western nation, which makes diversification a non-issue.

So long as America continues on the path it’s on with help from Barack Obama as he buys it time, Iran will walk indeed.

Most intelligence analysts and journalists assume that because Iran’s leadership endorsed the negotiations and has been the beneficiary of several key concessions by the P5+1 (the five permanent members of the UN Security Council, plus Germany), that an agreement is imminent. Forecasters have been predicting what the likely consequences of such a deal would be: negative.

But what if the Iranians walk?

Sanctions never hurt the regime’s ruling class; lifting them only helped the regime to solidify its power over its people.

END_OF_DOCUMENT_TOKEN_TO_BE_REPLACED

Iran’s Deputy Foreign Minister Abbas Araqchi said Tuesday that major portions of a draft nuclear agreement between Tehran and the P5+1 worlds powers have been agreed on, while acknowledging that some small differences remained.

“We have now a text that a major part of it, even all its phrases, has been agreed but a part of it is still a source of difference,” Araqchi said in an interview upon arrival in Vienna on Tuesday, ahead of a next round of negotiations. END_OF_DOCUMENT_TOKEN_TO_BE_REPLACED

Today there are no ‘mistakes’.

The Obama administration knows exactly what it’s doing and is far from ignorant. It’s clearly siding with Iran and putting Israel’s back against the wall. Israel will be forced to defend its existence — as it clearly demonstrated it’s capable of the other day. If and when Israel chooses to strike, the propaganda machines globally will be running full speed and claim Israel as the evil war mongering aggressor. It’s the perfect trap designed by the Obama administration in collusion with Iran and other hostile nations.

Democratic New Jersey Sen. Robert Menendez made headlines during a hearing with Deputy Secretary of State Antony Blinken in January when he said, “I have to be honest with you, the more I hear from the administration and quotes, the more it sounds like talking points coming out of Tehran.”

Amir Hossein Motaghi, an Iranian reporter who defected to Switzerland last week, recently made a similar comment about the American approach to nuclear talks with Iran: “The U.S. negotiating team are mainly there to speak on Iran’s behalf with other members of the 5+1 countries and convince them of a deal.” END_OF_DOCUMENT_TOKEN_TO_BE_REPLACED

LAUSANNE (Sputnik)– The exact number of centrifuges for Tehran’s peaceful nuclear program will be specified after the March deadline, a source in the Iranian delegation told Sputnik on Monday.

“It is not final yet,” the source said in regard to the number of centrifuges that Iran would be able to operate under the deal. END_OF_DOCUMENT_TOKEN_TO_BE_REPLACED

It’s very important to realize that ISIS could’ve been stopped dead in its tracks within weeks of its rise. What’s more important to realize is that America’s corrupt Obama administration is the one that created ISIS as a tool to both bring down Syria and give Iran cover to take over the Middle East.

The European Union says it is “not helpful” to “spread fears” about the impending nuclear deal with Iran. The so-called P5+1, the five permanent members of the UN Security Council plus Germany, hope to clinch a framework agreement with Iran by the end of this month and a final agreement by June 30. Three of the six P5+1 members — Britain, France and Germany — are EU member states.

Last week, EU foreign policy chief Federica Mogherini criticized Israeli Prime Minister Benjamin Netanyahu and others who warn that supplying Iran with the means to make nuclear weapons is dangerous. Mogherini, successor to the infamous Catherine Ashton, said that the Iranian nuclear deal is “a good deal” and that she is committed to bringing the talks with Iran to a positive end. END_OF_DOCUMENT_TOKEN_TO_BE_REPLACED

The Nuclear Non-Proliferation Treaty (NPT) forbids any of its signatories to have nuclear weapons. Full stop.

Why is the international community not simply enforcing the current NPT? END_OF_DOCUMENT_TOKEN_TO_BE_REPLACED