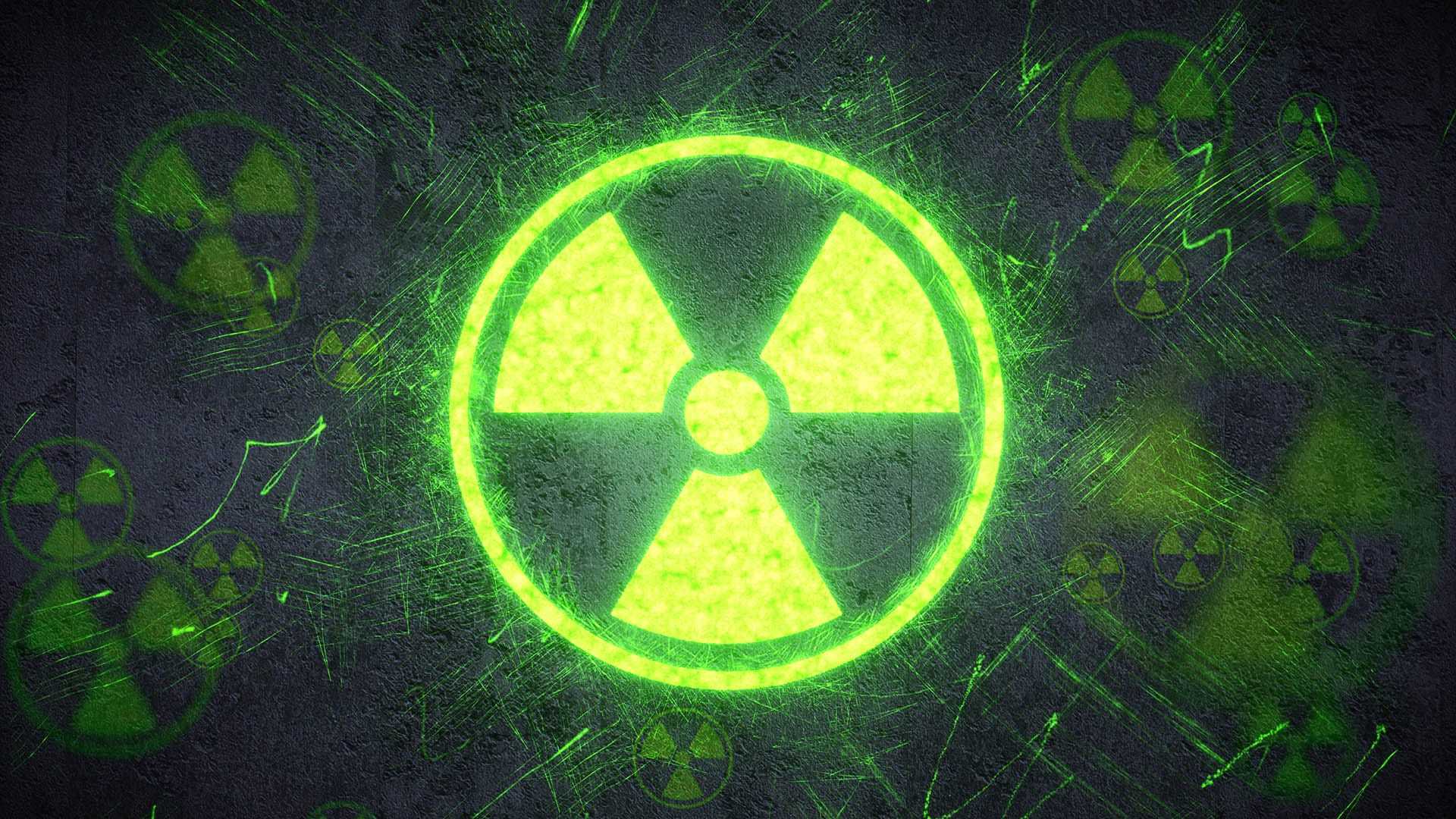 A group of scientists with the National Oceanic and Atmospheric Administration have published a report in which they state microscopic traces of radioactive Uranium-235 has be detected for the first time in 20 years in Alaska. the substance is usually used to fuel nuclear reactors and in nuclear weapons. END_OF_DOCUMENT_TOKEN_TO_BE_REPLACED

WOAI, Aug 24, 2017 (emphasis added): Hurricane Harvey is setting its sights on the area around Corpus Christi… Located not far from where Harvey is expected to make landfall is the South Texas Nuclear Project nuclear power plant. Spokesman Buddy Eiler says the facility was ‘designed to sustain a storm,’ and there are plans in place to shut down operations if necessary…

STP Nuclear Operating Co., Aug 24, 2017: A Hurricane Warning has been declared for several counties in Southeast Texas, including Matagorda County. Hurricane Harvey is expected to make landfall near Corpus Christi on Friday, possibly as a category 3… At STP, we are tracking this storm closely and are making on-site preparations…

END_OF_DOCUMENT_TOKEN_TO_BE_REPLACED

In November, the White House’s National Science and Technology Council released its National Space Weather Action Plan outlining how the federal government might respond to a solar storm, the term used to describe varying bursts of energy released by the sun.

According to researchers, an extreme enough solar storm could cripple the world’s electronic and satellite systems, potentially causing financial damages tallying over $2 trillion.

END_OF_DOCUMENT_TOKEN_TO_BE_REPLACED

A forthcoming report by the congressional U.S.-China Economic and Security Review Commission provides new details of China’s space-weapons programs, dubbed counterspace arms, that are aimed at destroying or jamming U.S. satellites and limiting American combat operations around the world.

China military planners expect to use a combination of kinetic, electronic and cyber attacks against satellites or ground support structures in a conflict. END_OF_DOCUMENT_TOKEN_TO_BE_REPLACED

Over the past four months, 33 large whales have been reported dead in the Western Gulf of Alaska, which encompasses the areas around Kodiak Island, Afognak Island, Chirikof Island, the Semidi Islands and the southern shoreline of the Alaska Peninsula. The significant die-off of whales has been declared an Unusual Mortality Event (UME) by the National Oceanic and Atmospheric Administration (NOAA), marking the first large whale UME ever in Alaska. END_OF_DOCUMENT_TOKEN_TO_BE_REPLACED

A threefold increase in whale strandings in the western Gulf of Alaska has prompted a government investigation.

The mysterious deaths of 30 large whales in the western Gulf of Alaska is being declared an “unusual mortality event” by the National Oceanic & Atmospheric Administration, the agency said Thursday. END_OF_DOCUMENT_TOKEN_TO_BE_REPLACED

We all know that major storms can wreak havoc, flooding cities and decimating infrastructure. But there’s an even bigger worry than wind and rain: space weather. If a massive solar storm hit us, our technology would be wiped out. The entire planet could go dark.

“We’re much more reliant on technology these days that is vulnerable to space weather than we were in the past,” said Thomas Berger, director of the Space Weather Prediction Center at the National Oceanic and Atmospheric Administration. He told Gizmodo, “If we were hit by an extreme event today, it’d be very difficult to respond.” END_OF_DOCUMENT_TOKEN_TO_BE_REPLACED

(NaturalNews) The carcasses of three more marine mammals washed up on the shores of San Francisco beaches July 7, 2015. No one is sure what killed the sea creatures; however, the massive amounts of radiation leaking into the ocean from the Fukushima power plant over the past four years may bear some responsibility.

Joey DeRuy was walking along the beach Monday when he stumbled across a dead sea lion. Unperturbed, he kept walking until he came across an even bigger dead elephant seal just minutes later. END_OF_DOCUMENT_TOKEN_TO_BE_REPLACED

SEATTLE — A vast bloom of toxic algae off the West Coast is denser, more widespread and deeper than scientists feared even weeks ago, according to surveyors aboard a National Oceanic and Atmospheric Administration research vessel.

This coastal ribbon of microscopic algae, up to 64 kilometres wide and 200 metres deep in places, is flourishing amid unusually warm Pacific Ocean temperatures. It now stretches from at least California to Alaska and has shut down lucrative fisheries. Shellfish managers on Tuesday doubled the area off Washington’s coast that is closed to Dungeness crab fishing, after finding elevated levels of marine toxins in tested crab meat.

So-called “red tides” are cyclical and have happened many times before, but ocean researchers say this one is much larger and persisting much longer, with higher levels of neurotoxins bringing severe consequences for the Pacific seafood industry, coastal tourism and marine ecosystems.

END_OF_DOCUMENT_TOKEN_TO_BE_REPLACED

A severe solar storm has slammed Earth, increasing the chances of fluctuations in power grids and GPS.

America’s National Aeronautic and Space Administration said a potent blast of magnetic plasma shot out of the sun around 6am this morning (NZ time), travelling faster than usual, hitting Earth with the biggest solar storm since March, maybe since September 2005. END_OF_DOCUMENT_TOKEN_TO_BE_REPLACED

Off the coast of California, drastic signs of a rapidly changing Pacific Ocean are cropping up. Warmer currents have forced species of fish away from the coast. A massive fish migration, coupled with typical overfishing, has led to dwindling populations of key species like sardines, oysters, shellfish, scallops and krill. As the aquatic species move away from the coast in search of a better habitat, the sentinel California sea lion population is suffering. In fact, the National Oceanic and Atmospheric Administration (NOAA) reports that more than 3,000 sea lion pups have become stranded in 2015. The Marine Mammal Center is sending out veterinarians to rescue the stranded sea lions so they can be nursed back to health. END_OF_DOCUMENT_TOKEN_TO_BE_REPLACED

An undersea volcano situated 300 miles (480 km) off the coast of Oregon is thought to be erupting after signs of magma were spotted near its deep sea vent.

Geologists predicted the volcano, called Axial Seamount, would erupt this year during a public lecture in September. END_OF_DOCUMENT_TOKEN_TO_BE_REPLACED

Whether any of this actually matters depends on whom you ask. “There’s a nuclear-power side that’s very quick to be dismissive and say, ‘Don’t worry your pretty little heads, you’re not in harm’s way,’ ” Ken Buesseler, a marine-chemistry researcher at Woods Hole and the organizer of the sampling initiative, told me. “The flip side are the people screaming, you know, ‘Stay out of the Pacific, don’t swim in Monterey, I’m going to move, tell your friends, this is a catastrophe!’ ” At the levels detected in Ucluelet, Buesseler has calculated, you’d need to swim six hours a day for a thousand years to get the radiation equivalent of a dental X-ray. END_OF_DOCUMENT_TOKEN_TO_BE_REPLACED

(NaturalNews) From San Diego to San Francisco, hundreds of sea lions have been washing ashore – dead and dying.

“You could equate it to a war zone,” said Keith Matassa of the Pacific Marine Mammal Center, noting that the center gets “hundreds of rescue calls a day.”

In just the first three months of 2015, already more than 1,800 sea lions have washed up on California beaches – 1,100 in March alone. Most of them are starving juveniles, often riddled with parasites or sick from pneumonia. They have even turned up in people’s backyards, apparently desperately seeking food or some kind of assistance. END_OF_DOCUMENT_TOKEN_TO_BE_REPLACED

Earlier this week, Michael Snyder sent an urgent warning that the bottom of our food chain is going through a massive collapse, with 91% of the sardine population being wiped out in just the last eight years. Due to the extremity of the decline, the Pacific Fishery Management Council voted to direct the NOAA Fisheries service to halt the current season immediately, which will affect approximately 100 fishing boats with sardine permits.

Like colony collapse disorder, this is not a simple matter of managing a minor problem so that the ecosystem and benefits related to it can be enjoyed in the future. This is a NOW issue, which was reflected by the emergency closure of fisheries along the West Coast in mid-April. END_OF_DOCUMENT_TOKEN_TO_BE_REPLACED