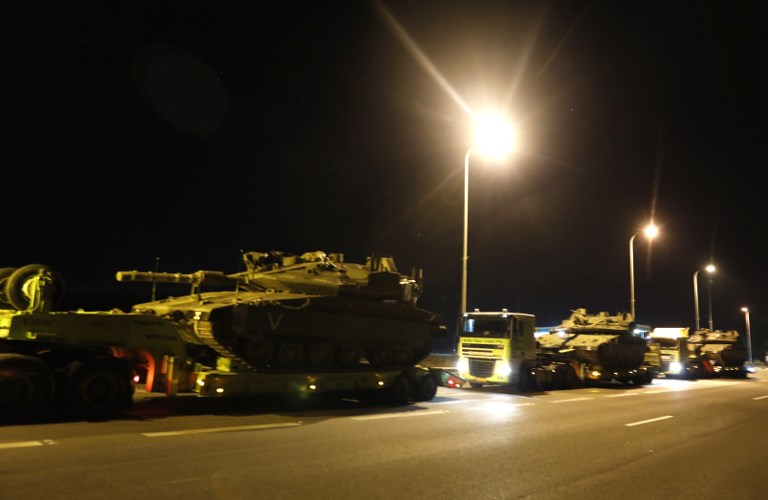 According to the Israel Defense Forces, over 300 rockets and mortar shells were fired at southern Israel from the Gaza Strip as of 10 p.m. Monday — a number that was expected to rise as barrages continued throughout the night. END_OF_DOCUMENT_TOKEN_TO_BE_REPLACED

A military official added that the Israeli Navy had reinforced its war fleet opposite Gaza’s Mediterranean coast, and the Home Front Command had raised the national level of alert [sic] END_OF_DOCUMENT_TOKEN_TO_BE_REPLACED