In accordance with the Pentagon’s National Defense Strategy announcement earlier this year, the United States plans to transfer 10 percent of its personnel from Africa to regions which it deems to be of higher priority, to prepare for possible future confrontation with Russia or China. The withdrawal is to be completed by 2022 at the latest, by which time approximately 600 of the 6,000 American troops currently in Africa will have left. Also to be sent elsewhere are about 100 of 1,000 civilian contractors who assist and train local African forces. They will be restationed in regions where the Russian and Chinese threat to American interests is perceived to be more direct. END_OF_DOCUMENT_TOKEN_TO_BE_REPLACED

In a major shift of mission, officials at U.S. Special Operations Command are drafting new guidance to reorient its cadre of top-tier military units to fight the expanding armies and navies of what U.S. strategists call “near-peer” powers. END_OF_DOCUMENT_TOKEN_TO_BE_REPLACED

Straight from the U.S. Air Force: America is behind, China is ahead.

Both Russia and China have stirred the pot throughout the Middle East, having America chase endless amounts of terrorists, all while losing sight on being prepared for a conventional war. Two decades of distractions have left America behind and extremely vulnerable. 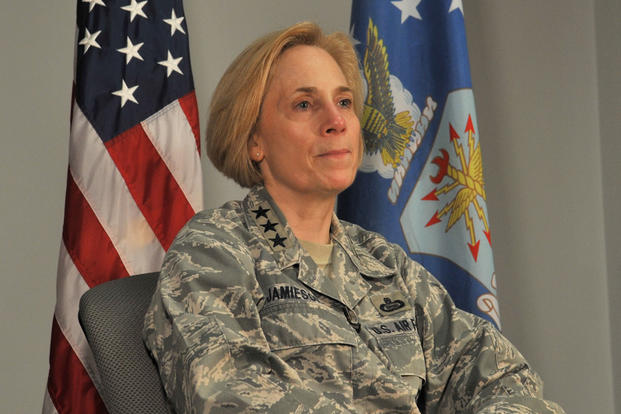 “Speed is of the essence in the digital age,” said Lt. Gen. VeraLinn “Dash” Jamieson, deputy chief of staff for intelligence, surveillance and reconnaissance on the Air Staff at the Pentagon.

She painted a grim picture: While “great instigator” Russia has the desire to do ambitious experiments with A.I., China already has the means. END_OF_DOCUMENT_TOKEN_TO_BE_REPLACED

Our National Defense Strategy makes clear that we’re back in an era of great power competition as the security environment continues to grow more challenging and complex,” said Admiral Richardson. END_OF_DOCUMENT_TOKEN_TO_BE_REPLACED

The U.S. Air Force has rolled out plans to phase out the B-1B and B-2 bomber fleets as it makes way for the new B-21 Raider, which is currently under development by Northrop Grumman.