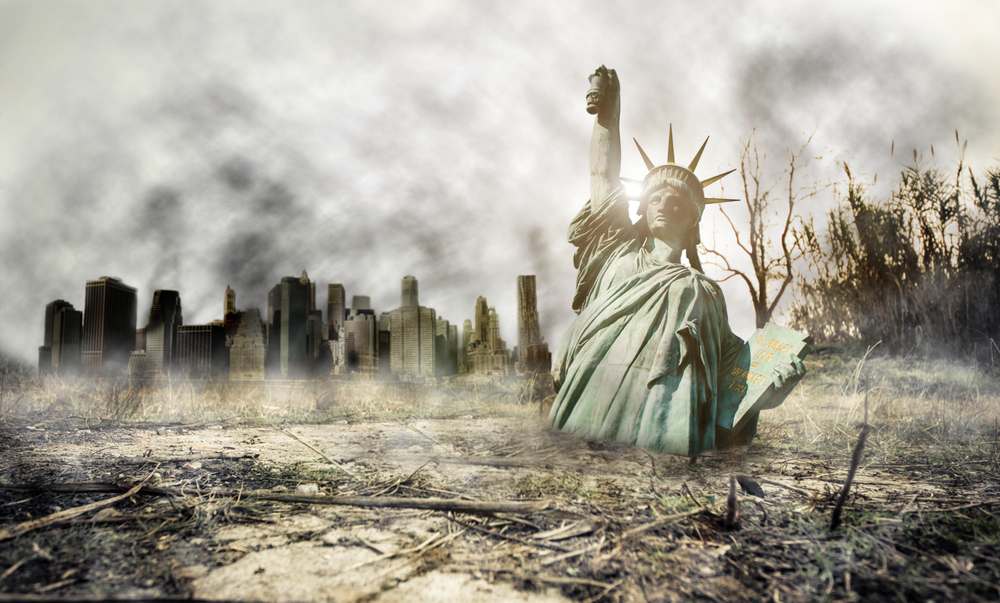 So many credit crises are brewing, it’s hard to keep track without a scorecard.

The mother of all credit crises is coming to China with over a quarter-trillion dollars owed by insolvent banks and state-owned enterprises, not to mention off-the-books liabilities of provincial governments, wealth management products and developers of white elephant infrastructure projects.

Then there’s the emerging-markets credit crisis, with Turkey and Argentina leading a parade of potentially bankrupt borrowers vulnerable to hot money capital outflows and a slowdown of growth in developing economies.

Close on their heels is the U.S. student loan debacle, with over $1.5 trillion in outstanding debts and default rates approaching 20%. END_OF_DOCUMENT_TOKEN_TO_BE_REPLACED

In the past, I’ve warned about the coming Great Wealth Transfer.  But now we need to talk about it in the present tense, because it’s here.

And it will only accelerate from here on out. The Rich will get richer at the expense of everybody else.

This isn’t personal. It’s simply a feature of what happens near the end of a debt-based monetary system run by corruptible humans. END_OF_DOCUMENT_TOKEN_TO_BE_REPLACED

Nothing has changed since 2013 except the coverage. More bankers getting ‘suicided’ is expected as the economy takes a turn for the worst, corruption gets buried and large financial losses go punished.

Three bankers in New York, London and Siena, Italy, died within 17 months of each other in 2013-14 in what authorities deemed a series of unrelated suicides. But in each case, the victim had a connection to a burgeoning global banking scandal, leaving more questions than answers as to the circumstances surrounding their deaths.

The March 6, 2013 death of David Rossi — a 51-year-old communications director at Monte dei Paschi di Siena, the world’s oldest bank — came as the institution teetered on the brink of collapse.

Rossi was found dead in an alleyway beneath his third-floor office window in the 14th-century palazzo that served as the bank’s headquarters.

A devastating security video shows Rossi landing on the pavement on his back, facing the building — an odd position more likely to occur when a body is pushed from a window.

‘Yes he killed himself. But there’s a question: could it be suicide by extortion… There’s a couple suspicions I have.’

– Val Broeksmit, on his stepfather’s suicide

As he lay dying, two murky figures appear. Two men appear and one walks over to gaze at the banker. He offers no aid or comfort and doesn’t call for help before turning around and calmly walking out of the alley. END_OF_DOCUMENT_TOKEN_TO_BE_REPLACED

The deadline to dispense further rescue loans to debt-stricken Greece was extended by eurozone countries once again on Sunday amid continuing deadlock between Athens and its creditors.

With negotiations still bogged down over failure to agree on a new foreclosure law – legislation the leftist-led government says would push austerity-hit Greeks over the edge – lenders postponed a critical Eurogroup Working Group until Tuesday. END_OF_DOCUMENT_TOKEN_TO_BE_REPLACED

As you know, I’ve been calling for a bond market crisis for months now. That crisis has officially begun in Greece, a situation that we addressed at length other articles.This crisis will be spreading in the coming months. Currently it’s focused in countries that cannot print their own currencies (the PIIGS in Europe, particularly Greece).

However, China and Japan are also showing signs of trouble and ultimately the bond crisis will be coming to the US’s shores. END_OF_DOCUMENT_TOKEN_TO_BE_REPLACED

(NaturalNews) The Greek financial crisis continues to escalate, as the government recently put in place a controversial revenue-generating policy aimed at improving its economic position at the expense of its citizens.

The government will introduce a “surcharge” — really, just a tax on cash — for all cash point withdrawals, such as at banks or at ATMs, in what is proving to be a last-ditch, desperate attempt to prevent citizens from taking their money out of beleaguered financial institutions altogether.

The war on cash is proliferating globally. It appears that the private members of the world’s banking cartels are increasingly joining the fun, even if it means trampling on the rights of their customers.

Yesterday we came across an article at Zerohedge, in which Dr. Salerno of the Mises Institute notes that JP Morgan Chase has apparently joined the “war on cash”, by “restricting the use of cash in selected markets, restricting borrowers from making cash payments on credit cards, mortgages, equity lines and auto loans, as well as prohibiting storage of cash in safe deposit boxes”. END_OF_DOCUMENT_TOKEN_TO_BE_REPLACED

Playing monetary games has done nothing to eliminate moral hazard.

All that’s changed is the vast expansion of monetary games has masked the dysfunctional reality that the same old vested interests that had a death-grip on wealth and power in 2008 have tightened their death-grip in the past six years. END_OF_DOCUMENT_TOKEN_TO_BE_REPLACED