Savage sounds the alarm bells in his latest tome, Stop Mass Hysteria: America’s Insanity from the Salem Witch Trials to the Trump Witch Hunt, which will be released on Tuesday on Amazon and in bookstores nationwide. END_OF_DOCUMENT_TOKEN_TO_BE_REPLACED 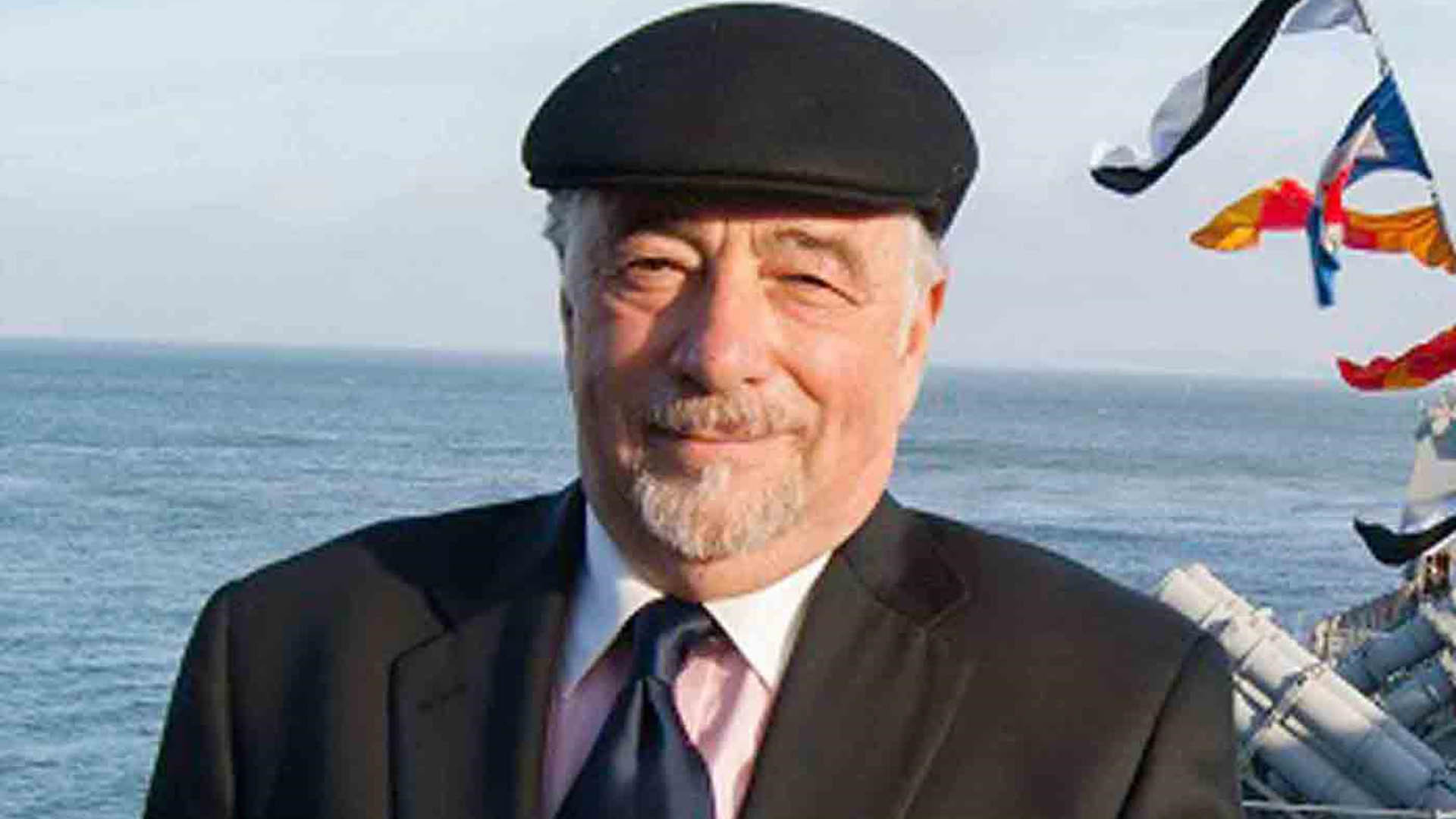 “You say, ‘That’s hysterical. It can’t happen here.’ You’re wrong. It’s happened in other nations and it can happen here. And we know what they stand for … END_OF_DOCUMENT_TOKEN_TO_BE_REPLACED

Back in June, less that 24 hours before James Hodgkinson decided to open fire on the GOP baseball practice in Alexandria, VA, radio host Michael Savage was commenting on developments that had escalated the anti-Trump “resistance,” such as comedian Kathy Griffin’s ISIS-style photo shoot of the decapitated likeness of Trump and the “Julius Caesar” play in Central Park featuring the assassination of a Trump-like figure, and predicted “there are people out there who are marginal, who are going to go off like a rocket and kill somebody.” Here’s what he said:

“I don’t know how much more of this the country can take,” Savage said.

“We are at a boiling point.” he told his listeners Tuesday.

“If they keep this up, I’m telling you there’s going to be an explosion in this country.”

“Do you understand that there are people out there who are marginal, who are going to go off like a rocket and kill somebody?” Savage asked.

“Do you understand what this left-wing is becoming in this country?” END_OF_DOCUMENT_TOKEN_TO_BE_REPLACED

‘We are at a boiling point. There’s going to be a civil war’

Less than 24 hours before a supporter of former Democratic presidential candidate Bernie Sanders fired at Republican members of Congress at a baseball practice, seriously injuring House Majority Whip Steve Scalise and four others before U.S. Capitol Police took down the assailant, talk-radio host and author Michael Savage warned of violence by “marginal” people who are set to explode and “kill somebody.”

Savage, the host of the nationally syndicated “The Savage Nation,” was commenting on recent developments that have escalated the anti-Trump “resistance,” such as comedian Kathy Griffin’s ISIS-style photo shoot of the decapitated likeness of Trump and the “Julius Caesar” play in Central Park featuring the assassination of a Trump-like figure. END_OF_DOCUMENT_TOKEN_TO_BE_REPLACED

After Pope Francis early in his papacy decried capitalism as “trickle-down economics” — a polemical phrase coined by the left during the Reagan years that Francis frequently borrows — radio talk show host Rush Limbaugh commented, “This is just pure Marxism coming out of the mouth of the Pope.” Talk show host Michael Savage called him “Lenin’s pope.” Pope Francis took such comments as a compliment. “I have met many Marxists in my life who are good people, so I don’t feel offended,” he told the Italian press. END_OF_DOCUMENT_TOKEN_TO_BE_REPLACED

For the audio segment, please see the source.

Talk-radio host Michael Savage is calling on Congress to investigate “subversive,” left-wing groups he believes are trying to destroy America.

Savage, who met with Trump last week for about an hour at the president’s club Mar-a-Lago in South Florida, on Friday told the listeners of his nationally syndicated show, “The Savage Nation,” he wants to see an investigative committee focus on groups that may be engaged in “espionage, treason, sedition or sabotage.”

He named the ACLU, Council on American-Islamic Relations and the Southern Poverty Law Center as among the organizations that should be probed, calling billionaire activist George Soros the “head of the snake” that is funding many of the most subversive groups. END_OF_DOCUMENT_TOKEN_TO_BE_REPLACED

As twice warned about with a Trump win in January and April: Poison pills will be left behind. It’s sabotage by the fifth column that took over America.

“If Trump wins – and I think he will – there will be an economic crash,” Savage told listeners of his nationally syndicated show, “The Savage Nation,” Monday.

“The reason I say that is not because of his policies, but because of what Obama will do on the way out the door.”

Savage said that if anyone thinks that a President Trump will be able to easily “turn this huge ship around, you don’t know much about navigation in turbulent waters.” END_OF_DOCUMENT_TOKEN_TO_BE_REPLACED

A story from the blog U.S. Defense Watch, Savage noted, said the “unconscious prejudices and presuppositions” are simple facts such as that “women lack the upper body strength, the aerobic lung capacity, testosterone for aggressiveness, are more prone to injuries, while possessing a myriad of hygiene issues in the field that men do not encounter.”

END_OF_DOCUMENT_TOKEN_TO_BE_REPLACED

When we look back at 1970 and who was responsible for recognizing Earth Day, we see nothing but a lineup of leftists, from academia to activists, from media to politicians. We know that for decades the environmental movement was used as cover for the advancement of communist ideals. The whole premise being business and people are bad and must be controlled by an all-powerful government. They would advance policies to try to gain that control.

END_OF_DOCUMENT_TOKEN_TO_BE_REPLACED

In today’s issue: Michael Savage warned his listeners that history is about to repeat itself.

He said that if he had the time, he would talk about the medieval Crusades and “what happened that saved Christianity.”

END_OF_DOCUMENT_TOKEN_TO_BE_REPLACED

In another wide-ranging interview with talk-radio host Michael Savage, Republican presidential candidate Donald Trump suggested President Obama might not have a desire to defeat the Islamic jihadist group ISIS, and the real-estate billionaire shied away from declaring he would win the New Hampshire primary Tuesday.

Trump repeated his observation that President Obama refuses to identify the enemy as “radical Islamic terrorism,” insisting ISIS and other groups have nothing to do with Islam.

“It’s radical Islamic terrorism, and we have a president who won’t even use the words,” he said. “If you don’t use the words, you’re never going to get rid of the problem.

“Maybe he doesn’t want to get rid of the problem,” Trump said. “I don’t know exactly what’s going on.”

END_OF_DOCUMENT_TOKEN_TO_BE_REPLACED

Please see the article source for the audio broadcast as it’s not compatible for posting here.

World ‘changing in ways you could never have imagined’

A major battle in a war over the future of Western civilization has been lost as millions of migrants from the Middle East who largely oppose Judeo-Christian values and have no intention of assimilating flood the United States, Britain, France, Germany and other nations, talk-radio host Michael Savage told his listeners Tuesday.

Savage said he received an email from someone he described as “far smarter than I am” and “farseeing.”

END_OF_DOCUMENT_TOKEN_TO_BE_REPLACED

Please see the source for the videos as there are compatibility issues with posting them here.

‘The guillotines are ready and they are greasing the blades’

“Has there been a civil war? Yeah, it’s a slow-burning civil war. What do you think we are looking at here? It’s a race war. These are their shock troops, they don’t have the brown shirts yet, they don’t have the armbands, but soon Obama could deputize them. Isn’t that a natural army for him, Alex? Take the Crips and the Bloods, give them a green uniform and give them a weapon and they’ll keep order in the streets. Won’t they?”

Savage’s vision is not unlike that sparked by critics of then-candidate Obama’s plan, announced at a 2008 appearance in Colorado Springs, to create a “civilian national security force.” END_OF_DOCUMENT_TOKEN_TO_BE_REPLACED

CNN is accusing talk-radio host Michael Savage of spreading “wild conspiracy theories” about Ebola and claiming Obama is purposely trying to infect U.S. troops and the nation with the deadly virus.

“Speaking of wild conspiracy theories, conservative talk-radio host Michael Savage, who has one of the biggest radio audiences in the country, has even been suggesting that this is all some Obama plot to purposely infect the nation,” CNN’s Jake Tapper said in a segment on his show headlined, “Dangers of Ebola: Myths and misconceptions.”

CNN then played a clip of Savage telling listeners of his nationally syndicated show, “There’s not a sane reason to take 4,000 troops and send them into a hot Ebola zone without expecting at least one of them to come back with Ebola, unless you want to infect the nation with Ebola.”

Savage – who has a doctorate in epidemiology and coined the president’s nickname, President Obola – didn’t indicate that Obama actively sought to infect soldiers. He expressed his alarm at the prospect of sending thousands of U.S. troops into a hot zone and potentially exposing them to the deadly virus. END_OF_DOCUMENT_TOKEN_TO_BE_REPLACED

When Barack Obama introduced himself at the 2004 Democratic National Convention declaring there was only one America – “not a liberal America and a conservative America” and “not a black America and white America” – many instantly envisioned him as a future presidential candidate with a unique heritage and extraordinary rhetorical skills that would enable him to unite a nation divided over political ideology and race.

Not long into his presidency, however, it became apparent to many, including some liberals, that Obama’s leadership and policies had only exacerbated the divisions.

Most attributed his failures to simple incompetence, but Michael Savage saw something much more sinister happening, and in his new book – “Stop the Coming Civil War” – he charges Obama is deliberately dividing the country.

At the time Savage finished the manuscript, several months ago, many continued to mock the provocative notion that any president would purposefully damage the nation.

But recent events, including the flood of Central American illegal aliens and the entry of the Ebola virus to the U.S., have made “Stop the Coming Civil War,” Savage’s 30th book, seem prophetic. END_OF_DOCUMENT_TOKEN_TO_BE_REPLACED