The Spanish government decided to reach back into its history and borrow from the playbook of longtime Spanish fascist dictator Francisco Franco in dealing with Catalonia’s decision to declare independence from the Spanish Kingdom as the Republic of Catalonia. The Catalan government’s decision to declare independence followed an October 1 referendum in the region that resulted in a “yes” for independence. END_OF_DOCUMENT_TOKEN_TO_BE_REPLACED 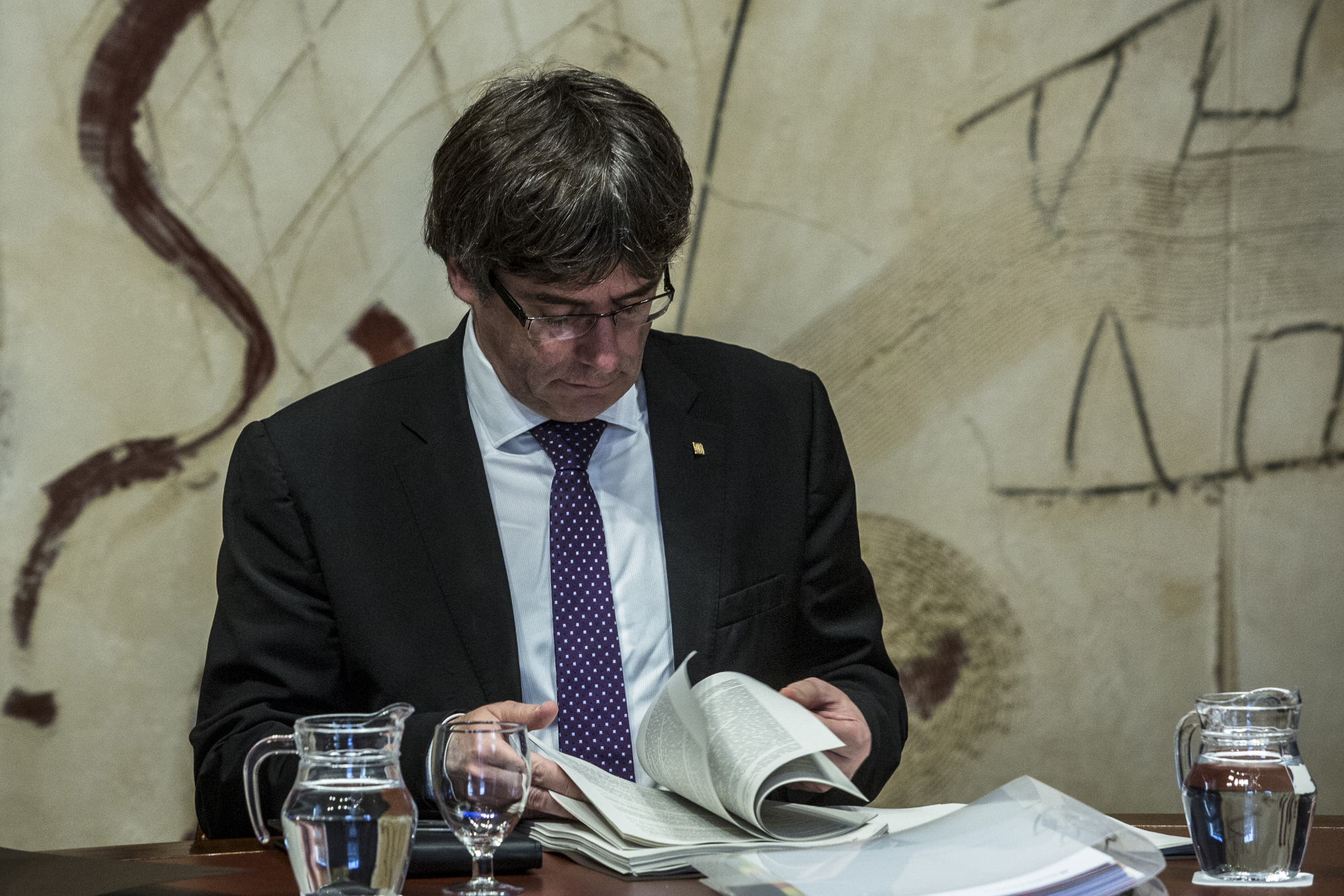 END_OF_DOCUMENT_TOKEN_TO_BE_REPLACED

Madrid, which deemed the referendum illegal, deployed hundreds of officers in a last desperate attempt to stop the ballot from going ahead.  END_OF_DOCUMENT_TOKEN_TO_BE_REPLACED

Remember who would stand to gain the most in Europe from a Catalonia secession.

Separatists on Sunday won a clear majority of seats in Catalonia’s parliament in an election that sets the region on a collision course with Spain’s central government over independence.

The strong pro-independence showing dealt a blow to Spanish Prime Minister Mariano Rajoy, three months before a national election. His center-right government, which has opposed attempts to hold a referendum on secession, has called the separatist plan “a nonsense” and vowed to block it in court. END_OF_DOCUMENT_TOKEN_TO_BE_REPLACED

Spain’s public debt has topped one trillion euros ($1.3 trillion) for the first time, the central bank announced Thursday, despite years of government-imposed austerity.

The nation’s accumulated public debt mushroomed to 1.007 trillion euros at the end of June from 996 billion euros a month earlier, the Bank of Spain said in a report. END_OF_DOCUMENT_TOKEN_TO_BE_REPLACED

Spain’s property slump will deepen for much of the next decade, and tracts of buildings along the Mediterannean coast will have to be demolished, the country’s top consultants have warned.

“The market is broken,” said Fernando Rodríguez de Acuña, the group’s vice-president. “We calculate that there are almost 2m properties waiting to be sold. We have made no progress at all over the past five years in clearing the stock,” he said.

END_OF_DOCUMENT_TOKEN_TO_BE_REPLACED

Rajoy has cut government programs and raised taxes to combat the deficit, leading to protests.

Spain is the fourth and largest country in the euro zone to accept financial assistance, joining Greece, Ireland and Portugal. Rajoy stressed that the aid was limited to the country’s banks, which have been weighed down by the global recession and toxic real estate holdings, and avoided the term “bailout.”

Full article: Spain’s Prime Minister: “This Year Is Going To Be A Bad One” (International Business Times)