Europe stands no chance if forced to face conflict on three fronts. Two of them are of conventional character: on the eastern flank, where there are continuous tensions with Russia, and in the Balkans near the border with Turkey. The third concerns the Mediterranean area, where young and strong men from Africa and Central Asia cross European borders with the support of a thousand people from the continent’s heartland. Europeans are also militarily involved in Afghanistan, Syria and take part in the growing conflict in Mali. END_OF_DOCUMENT_TOKEN_TO_BE_REPLACED

The EU will move towards closer defence ties Monday with more than 20 states signing a landmark pact that aims to boost cooperation after Brexit and counteract Russian pressure.

Similar efforts to deepen military links have been frustrated for decades, partly by Britain’s fierce opposition to anything that might lead to a European army. END_OF_DOCUMENT_TOKEN_TO_BE_REPLACED

BERLIN/PARIS/BAMAKO(Own report) – Nearly five years after the European military mission was launched in Mali, experts are describing the country’s situation as a disaster and warning against Berlin and Paris’ further militarization of the Sahel. Mali “has never” seen “such a level of violence” as “currently,” says a former French diplomat. The regional conflicts cannot be solved militarily, explained the International Crisis Group, a pro-western think tank, using the example of a Burkinabe province at the border with Mali, where, even though it was possible to suppress jihadi unrest, for the time being, the conflict can again flare up at any time, because the reasons for the unrest have not been dealt with. Nevertheless, the German government supports the creation of an intervention force of the “G5 Sahel” group of countries, which launched its first military operation yesterday. Despite the disastrous consequences of militarization, the Bundeswehr is using the Mali mission as the focus of its PR campaign.

END_OF_DOCUMENT_TOKEN_TO_BE_REPLACED

The two nations announce plans for a new fighter jet, a new fighting force in Africa, and a new push for a eurozone superstate.

This was the first such meeting since Emmanuel Macron won the presidential election on May 7. Since then, there has been much talk of a new era of Franco-German cooperation. On Thursday, the pressure was on to demonstrate results. END_OF_DOCUMENT_TOKEN_TO_BE_REPLACED

But this year, far from the headlines, Germany and two of its European allies, the Czech Republic and Romania, quietly took a radical step down a path toward something that looks like an EU army while avoiding the messy politics associated with it: They announced the integration of their armed forces. END_OF_DOCUMENT_TOKEN_TO_BE_REPLACED 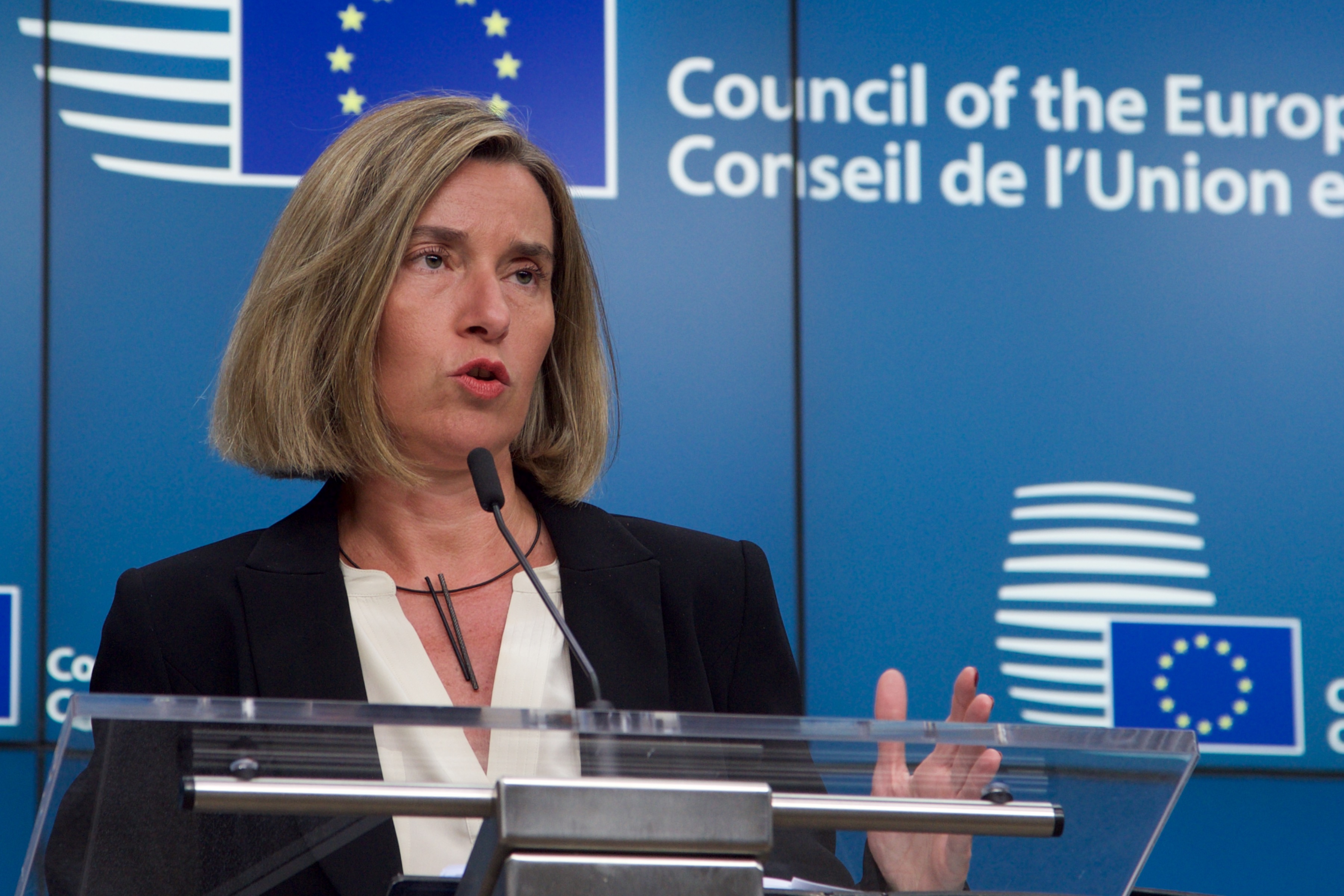 The HQ will, in the words of 28 defence ministers adopted on Thursday (18 May), “assume responsibilities at the strategic level for the operational planning and conduct of the EU’s non-executive military missions” including “the three EU Training Missions deployed in Central African Republic, Mali and Somalia”. END_OF_DOCUMENT_TOKEN_TO_BE_REPLACED

The European Union is to create a special military command center for operating foreign missions, the German defense minister announced amid criticism from some bloc members that the initiative is financially unreasonable and merely copies NATO’s steps.

Meanwhile, Britain has long criticized the bloc’s aspirations to launch its own army, saying the EU should not waste money on creating structures that match those set up by NATO. British Defense Secretary Michael Fallon, who was also present at the meeting, called on other EU ministers “to cooperate more closely with NATO to avoid unnecessary duplication and structures.”

END_OF_DOCUMENT_TOKEN_TO_BE_REPLACED

The unit was created in rapid time, having only been sanctioned at discreet EU Council meeting in December. END_OF_DOCUMENT_TOKEN_TO_BE_REPLACED

The EU is set to move closer towards military integration (Getty)

BRUSSELS bureaucrats are said to be planning to set up a new military unit in a bid to increase greater defence cooperation, according to diplomats.

The division, known as the Military Planning and Conduct Capabilities (MPCC) unit, could be responsible for the EU training missions in African countries including Somalia, Mali and Central African Republic.

There are early suggestion the MPCC is set to be based in Brussels, the same location as the EU Military Staff (EUMS), who provide military expertise to EU members. END_OF_DOCUMENT_TOKEN_TO_BE_REPLACED

Gambian President and dictator Yahya Jammeh, facing a combined military force composed of Senegalese army troops, the Nigerian air force, and troops from Mali, Ghana, and Togo, has agreed to relinquish the presidency of Gambia. On December 1, 2016, Jammeh was defeated for re-election in a surprise upset by his little-known rival Adama Barrow. Jammeh received only 45 percent of the vote.

During the election campaign Jammeh vowed in an interview with the BBC to «rule for one billion years». After initially conceding defeat to Barrow, Jammeh reneged on his promise to step down and announced he would remain as president. END_OF_DOCUMENT_TOKEN_TO_BE_REPLACED

But Europe will not open its doors to tens of thousands of more African immigrants, making any debate over the morality of such a policy irrelevant. Just about all of Europe’s major leaders know that in the coming months after this crisis has blown over and been forgotten, they will face serious challenges from anti-immigrant and anti-Muslim parties. Opening the doors to impoverished Muslims from North Africa will only cost them votes. END_OF_DOCUMENT_TOKEN_TO_BE_REPLACED