The missile’s speed, altitude, and maneuverability could defeat all networked sensors (including space-based) and ground- and sea-based radars; ground- and sea-based interceptor missiles; and render the Pentagon’s command, control, battle management ineffective in a hypersonic missile attack. END_OF_DOCUMENT_TOKEN_TO_BE_REPLACED

“The jet fighters will receive missiles with characteristics similar to that of the Kinzhal missiles, but with inter-body placement and smaller size,” the source added. END_OF_DOCUMENT_TOKEN_TO_BE_REPLACED

This could be problematic for the Americans, as Air Force Gen. John Hyten, commander of U.S. Strategic Command, recently warned the Senate Armed Services Committee that the U.S. is extremely vulnerable to future attack via hypersonic threats. Hyten even stressed we [U.S.] are falling behind in the technological know-how to defend the homeland from the danger, as Russia advances its hypersonic program.

While the Americans are behind the hypersonic curve, Russia has spent the last six months air-launching the Kinzhal hypersonic missile from the Mikoyan MiG-31 supersonic interceptor aircraft. END_OF_DOCUMENT_TOKEN_TO_BE_REPLACED

The agency recently released a request for information that will seek to identify weapon concepts for defense against future advanced threats such as hypersonics, he said. The responses are due Friday and will be used to develop an “analysis of alternatives” planned for 2017. END_OF_DOCUMENT_TOKEN_TO_BE_REPLACED

Both Russia and China have recently successfully tested their offset hypersonic gliders, capable of breaching the American THAAD system (Terminal High Altitude Area Defense), which it plans to deploy in South Korea; the test comes as a “warning to the US,” according to Chinese military experts.

“The hypersonic tests by China and Russia are aimed at causing a threat to the US, which plans to set up a missile defense system in South Korea,” the South China Morning Post, a Hong Kong-based English-language newspaper writes, quoting Professor He Qisong, a defense policy specialist at the Shanghai University of Political Science and Law.

His comment refers to the recent successful tests by the two countries of their offset Hypersonic Gliders. END_OF_DOCUMENT_TOKEN_TO_BE_REPLACED

Artist’s concept drawing of the Yu-71

The test firing of the hypersonic glider took place Tuesday and involved the launch of an SS-19 intercontinental ballistic missile from eastern Russia, said officials familiar with details of the test. END_OF_DOCUMENT_TOKEN_TO_BE_REPLACED 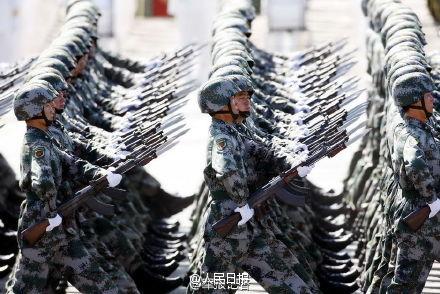 The DF-21D “slams down on its target – an oceangoing vessel like an aircraft carrier – at speeds of Mach 10 to Mach 12. Most sources suggest the missile holds the ability to attack naval vessels up to approximately 1,000 miles away, outranging by many times the strike range of all US aircraft aboard existing carriers,” the analyst wrote in an article titled “On Display: China’s Master Plan to Sink the US Navy.” END_OF_DOCUMENT_TOKEN_TO_BE_REPLACED

Current U.S. defenses are designed to track missiles that travel in predictable flight paths and are unable to counter maneuvering warheads and glide vehicles. END_OF_DOCUMENT_TOKEN_TO_BE_REPLACED

China on Wednesday confirmed that it carried out a third flight test of a new hypersonic strike vehicle that U.S. officials say is part of efforts by Chinese nuclear forces to penetrate U.S. strategic missile defenses.

“Scientific experiments carried out by China within its borders are normal ones conducted according to its schedule, and they are not directed against any specific country or target,” the Defense Ministry stated through a spokesman. The comments were reported in the official China Daily newspaper. END_OF_DOCUMENT_TOKEN_TO_BE_REPLACED

The flight test of the developmental Wu-14 hypersonic glide vehicle was monitored by U.S. intelligence agencies Tuesday during a flight test in western China.

The latest flight test followed earlier tests of the Wu-14 on Jan. 9 and Aug. 7. The three tests indicate that China’s development of a strike vehicle capable of traveling up to eight times the speed of sound is a high-priority element in China’s large-scale military buildup. END_OF_DOCUMENT_TOKEN_TO_BE_REPLACED