They learned that terror squads, detached from the Iraqi and Afghan militias encamped in the eastern Syrian Deir ez-Zour province, had in the last few days completed their specialist training by Al Qods and Hizballah bomb experts. They were taught how to blow up American military installations, bridges and transportation routes and how to plant IEDs outside buildings and on the roads frequented by US military traffic. END_OF_DOCUMENT_TOKEN_TO_BE_REPLACED

One week later, in the latest dramatic escalation between the two NATO members, Turkey’s Deputy PM has warned that US troops fighting alongside Syrian Kurdish militias in the same uniform may be targeted by the Turkish army due to the difficulty of distinguishing them in the heat of battle, effectively stating that US troops in northern Syria are now “fair game” in the ongoing deadly conflict. END_OF_DOCUMENT_TOKEN_TO_BE_REPLACED 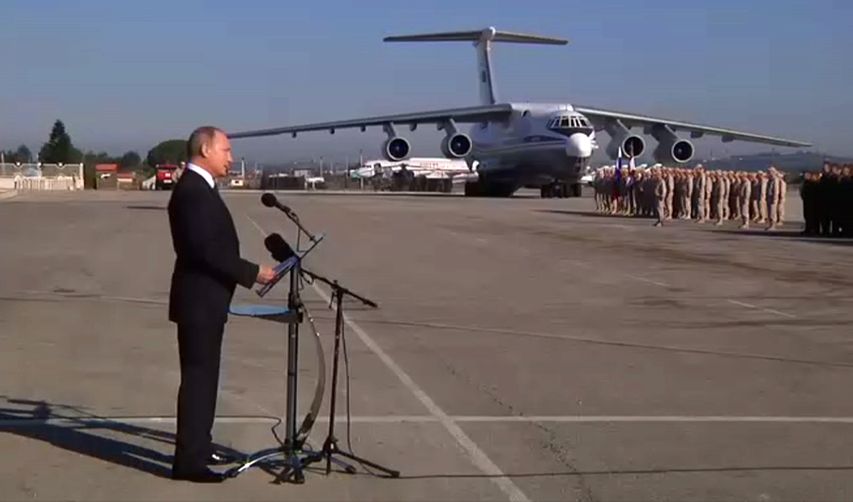 The Russian President Vladimir Putin’s airplane made a surprise landing Monday. Dec. 11, at the Russian Hmeimim air base in Latakia and announced he had ordered Russian troops to start withdrawing from Syria. END_OF_DOCUMENT_TOKEN_TO_BE_REPLACED END_OF_DOCUMENT_TOKEN_TO_BE_REPLACED

Turkish Defense Minister Fikri Isik said Wednesday that his country would consider not allowing the US to use its Incirlik Air Base in light of Washington’s refusal to help the Turkish air force carry out operations in the area of the Syrian city of Al-Bab. He said the US lack of assistance “is leading to serious disappointment in Turkish public opinion” that “is leading to questions over Incirlik.” END_OF_DOCUMENT_TOKEN_TO_BE_REPLACED

Less than a day after its launch, the big Mosul offensive prepared for more than a year by the US, the Iraqi army, Kurdish forces and others, ground to a halt Tuesday Oct. 17, debkafile’s military sources report – although none of the parties admitted as much.  Iraqi Prime Minister Haidar Al-Abadi said his troops were busy opening up corridors for some million civilians to escape, while US sources suggested that the Islamic State would use primitive chemical weapons against the advancing Iraqi and Kurdish forces.

Both had the ring of cover stories to account for the spearhead forces, the Iraq army’s 9th Armored Division and the Federal Police special anti-terror units, being thrown back Tuesday on their way to Mosul from the east and the south, while still 10-15km short of the city. They sustained heavy losses in lives and hardware.

The 9th Division and its newly-supplied heavy US Abrahams tanks were stopped at al-Hamdaniyah outside Mosul and retreated, recalling a previous defeat at ISIS hands in June 2014, when troops of the same division fled under Islamist attack, leaving their tanks behind. END_OF_DOCUMENT_TOKEN_TO_BE_REPLACED