You can read further about Michael Fallon’s comments in yesterday’s post:

Britain could use ‘nuclear weapons as a first strike’

The mushroom cloud from the first hydrogen bomb test, as photographed on Enewetak, an atoll in the Pacific Ocean, in 1952, by a member of the United States Air Force. Russia has begun developing the R-28 Sarmat or Satan 2, which could produce a nuclear charge of at least 40 megatons, or four times that of the first hydrogen bomb. AIR FORCE/REUTERS

A senior Russian politician responded aggressively Monday to comments by the U.K.’s defense minister suggesting pre-emptive use of nuclear weapons against Russia is an option for London, claiming the U.K. would be completely annihilated by Russia’s nukes in response.

Russia’s Frants Klintsevich, who heads the defense and security committee in Moscow’s upper house of parliament, said the U.K. would be “literally wiped off the face of the Earth by a counter strike.” Earlier that day, U.K. Defense Minister Michael Fallon said during a radio show that the U.K. could consider a preemptive nuclear attack amid recent political tensions between Russia and Western governments, according to The Moscow Times. Fallon said the U.K.’s military would only make combat use of its Trident nuclear program in extenuating circumstances, but refused to say exactly what those conditions would be. END_OF_DOCUMENT_TOKEN_TO_BE_REPLACED

Russia’s air defense network on the Ukrainian border was placed on its highest level of alert on Wednesday evening following Ukraine’s announcement that it will conduct missile tests on Thursday and Friday near Crimea, an area that Russia annexed in 2014. Kiev claimed that the missiles are to be launched towards the Black Sea, west of Crimea. END_OF_DOCUMENT_TOKEN_TO_BE_REPLACED 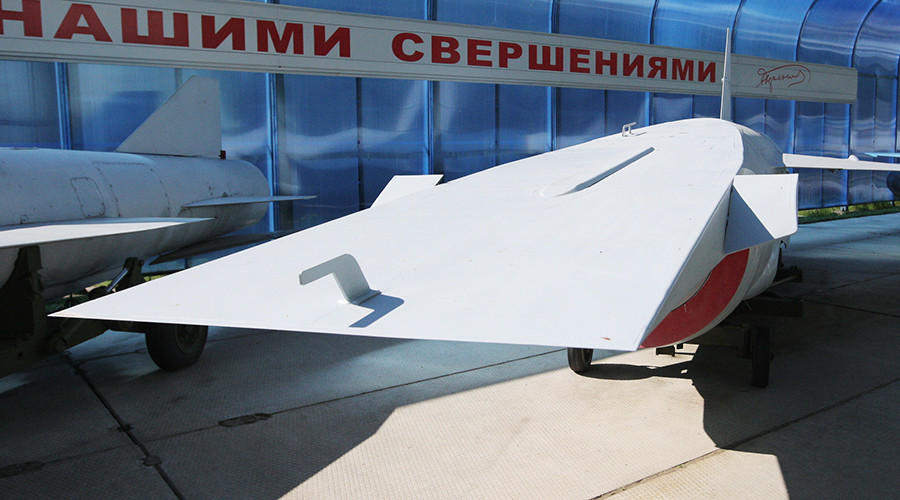 “We plan to complete official tests in 2017 and start serial production a year later,” the source said. END_OF_DOCUMENT_TOKEN_TO_BE_REPLACED

It will also allow a pilot to command between five and 10 nearby drone aircraft — interestingly, with their number and task dependent on the operator’s rank, the article states. END_OF_DOCUMENT_TOKEN_TO_BE_REPLACED

Russian electronic-warfare powerhouse KRET—Concern Radio-Electronic Technologies —has started testing a powerful new ground-based jamming system that could cut the crucial data-links that enable the United States military to conduct operations around the world. The system is designed to be used in conjunction with advanced Russian-built air defense systems like the S-300V4 and S-400 to disrupt air operations. END_OF_DOCUMENT_TOKEN_TO_BE_REPLACED

RUSSIA has completed a massive deployment of hardware and personnel to military bases across the Arctic, restoring its power in the hotly-disputed region to levels not seen since the end of the Cold War.

A vast swathe of the frozen continent is now back under the Kremlin’s iron grip after six military bases received final delivery of troops, warplanes, ships and military vehicles.

Two S-400 missile systems – the same as those sent to defend Russian jets in Syria – have been deployed to Russia‘s Arctic region north of the polar circle in the last year.

END_OF_DOCUMENT_TOKEN_TO_BE_REPLACED

Russia’s nuclear missile force staged large-scale exercises across the vast country Thursday consisting of drills to combat sabotage and chemical weapons attacks. More than 30 regiments of the Strategic Missile Forces were involved in 12 regions, according to Itar-Tass, a Russian news agency close to the government.

END_OF_DOCUMENT_TOKEN_TO_BE_REPLACED

Russia appeared to expand its retaliation against Western sanctions on Thursday by cutting in half its natural gas flows to European Union member state Slovakia. Prime Minister Robert Fico told a news conference in Bratislava his country had been caught up in a “political war where gas is being used as a weapon.”

After an emergency government session, Fico said the national gas company SSP had concluded a five year deal with Germany’s E.on to receive up to two million cubic meters of gas per day via Austria to compensate for the drop in Russian supplies.

Fico said SPP had recorded a more than 50 percent decline in flows for the second day in a row after smaller reductions throughout September. END_OF_DOCUMENT_TOKEN_TO_BE_REPLACED

…and now we have factual proof as to why a German-led European Union had pushed Russia out of Cyprus and raided the cash vaults. It had nothing to do with corrupt Russian bankers, businessmen or shady politics. The hit was motivated by solidifying Europe’s future energy independence and positioning EU as a future world superpower. In previous posts, it was also mentioned that Greece would be the future corridor for forwarding energy from the Mediterranean, Middle East and northern African nations. Don’t count the ‘broke’ nation out of the game.

Turkey has sent a warship to the island of Cyprus to monitor a drillship that has been sent to search for natural gas reserves off the island’s coast.

Italian-Korean consortium ENI/KOGAS has sent the Bahamas flag-carrier Saipem 10000 drillship to the “Onasagoras” gas field in Block 9 of the island’s Exclusive Economic Zone (EEZ) on Tuesday.

In response, the Turkish navy has sent its Bafra Korveti warship to observe the drillship’s activities.

END_OF_DOCUMENT_TOKEN_TO_BE_REPLACED

In case you didn’t realize how dependent the United States is on Russia, this shows you the depth. Today, America also can’t even send humans into space without renting a seat from Russia. The U.S. is willfully committing suicide and is beyond the point of no return.

END_OF_DOCUMENT_TOKEN_TO_BE_REPLACED

So long as the American Shopping Mall Regime can still buy things and the World Cup serves as the distraction de jour, the threat just won’t sink into the minds of the public. If it does, they likely won’t care.

‘The sword is coming.’

“By 2016, the share of new missile systems will reach nearly 60 percent, and by 2021 their share will increase to 98 percent,” said Col. Igor Yegorov, a defense ministry spokesman for Russia’s Strategic Missile Forces. The project would replace Russia’s active-duty, nuclear-ready missiles left over from the Cold War. END_OF_DOCUMENT_TOKEN_TO_BE_REPLACED

Russia today carried out a successful test-launch of an intercontinental ballistic missile, news agencies reported citing the defence ministry, amid a standoff between Moscow and the West over Ukraine.

Interfax and ITAR-TASS quoted the defence ministry as saying a successful test of the RS-12M Topol ICBM had been carried out from Russia’s Kapustin Yar rocket launch site near the Caspian Sea at 2238 IST (1708 GMT). END_OF_DOCUMENT_TOKEN_TO_BE_REPLACED

Russia is developing a fifth-generation unmanned fighter jet and a completely new missile defense system which can simultaneously engage several supersonic targets in space, it has been revealed at the MAKS-2013 airshow.

The fifth-generation unmanned aircraft, weighing in at around 20 tons, takes after the T-50 fighter jet, with most of its characteristics modeled after it, Mikhail Pogosyan, president of Russia’s united aircraft-building corporation, told RIA Novosti at the MAKS-2013 show in Zhukovsky, just outside Moscow, which displayed the latest in air combat technology. END_OF_DOCUMENT_TOKEN_TO_BE_REPLACED

Russian-Chinese anti-terror drills are in full swing with the latter’s tanks and gunships training at a military range in the Urals. It comes less than a month after joint naval drills, the largest of their kind China has participated in to date.