END_OF_DOCUMENT_TOKEN_TO_BE_REPLACED

A defense source tells Russian media that military engineers have advanced work on the next big anti-satellite weapon.

Russian defense companies have created a plane-mounted laser that can hit satellites — at least according to an anonymous source quoted by Russian news agency Interfax. On Saturday, an Interfax report cited the source as saying that weapons maker Almaz-Antey has “completed work on the anti-satellite complex,” which includes the laser and associated ground control gear.

END_OF_DOCUMENT_TOKEN_TO_BE_REPLACED

A day after certain members of the Senate Intelligence committee expressed their profound disappointment with Facebook, Twitter and Google for appearing to blow off lawmakers’ concerns about a “sophisticated” Russia-backed propaganda campaign purportedly being carried out on their platforms, Russian Foreign Ministry spokeswoman Maria Zakharova is hitting back, warning that Russia has “a surprise” response planned if US lawmakers overtly ban Russia Today and Sputnik from running advertisements on twitter and other US social media platforms. END_OF_DOCUMENT_TOKEN_TO_BE_REPLACED

END_OF_DOCUMENT_TOKEN_TO_BE_REPLACED

GERMANY’S foreign minister has warned of the dangers of engaging in a new arms race with Russia, calling on all sides to work together to end the violence in eastern Ukraine.

Sigmar Gabriel has used his first visit to Moscow as foreign minister to underscore his concerns about Russia’s military buildup in the Baltic region and its western borders. 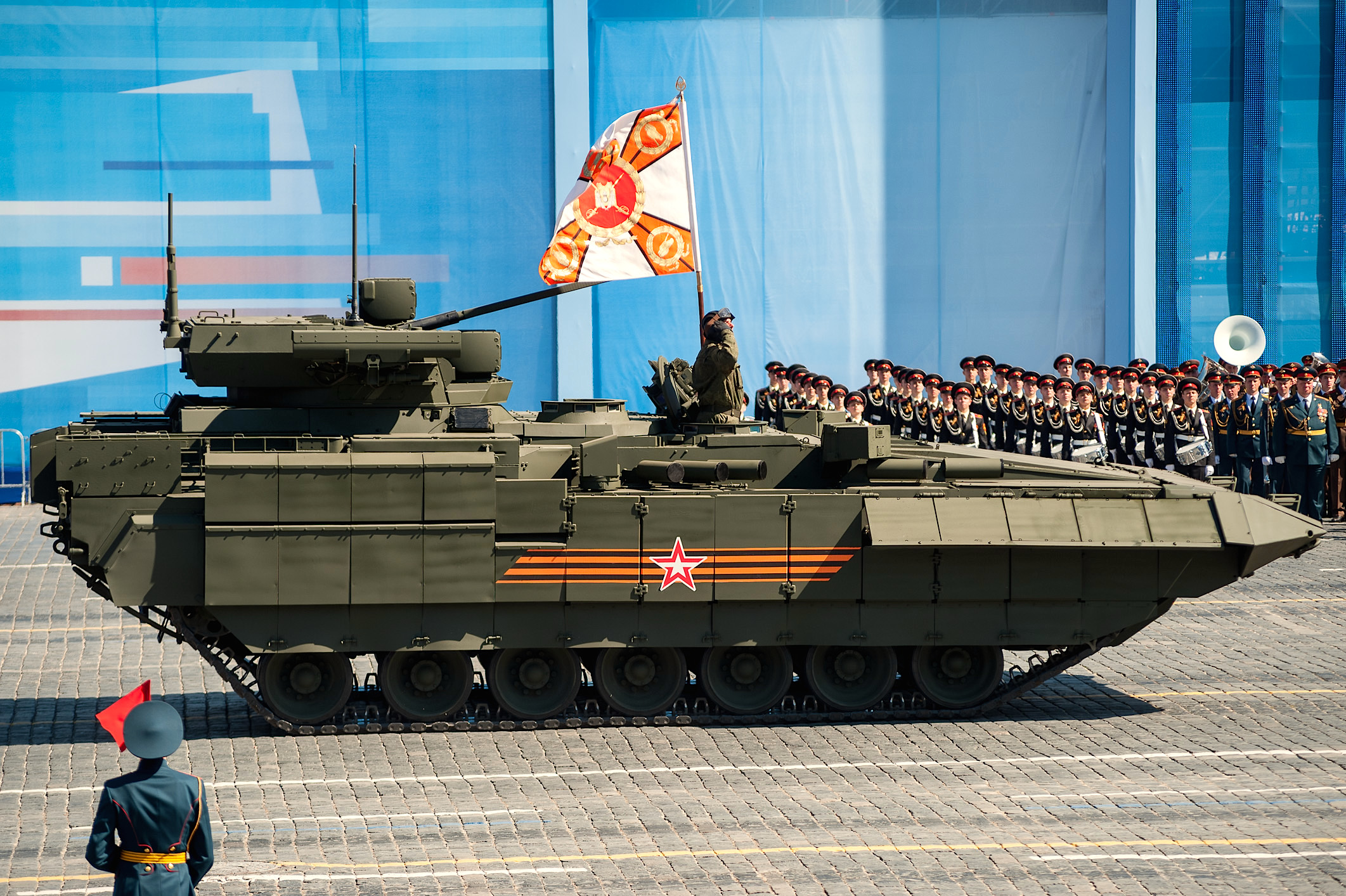 “The system … presents a risk to most of our facilities in Europe and we believe that the Russians have deliberately deployed it in order to pose a threat to Nato and to facilities within the Nato area of responsibility,” he added. END_OF_DOCUMENT_TOKEN_TO_BE_REPLACED

END_OF_DOCUMENT_TOKEN_TO_BE_REPLACED

Some 25 years after the Soviet Union’s collapse, the majority of Russians say they regret that it happened. An April 19 Interfax report discussed the statistics, which were derived from a Levada Center survey (Trumpet translation throughout):

More than half of Russians believe that the Soviet Union’s collapse could have been avoided (51 percent) and regret that it happened (56 percent) .… The majority of respondents (58 percent) said they would welcome the revival of the Soviet Union and the socialist system, while 44 percent said that currently it is unrealistic. At the same time, one in three (31 percent) said they would not want to rebuild the old Soviet socialist system.

END_OF_DOCUMENT_TOKEN_TO_BE_REPLACED

The Rostov-on-Don [pictured] was allegedly involved in strikes against the Daesh stronghold of Raqqa back in November.

The reports, coming from a source in the Russian Ministry of Defence cited by Interfax, are as yet unconfirmed by the Russian MoD. END_OF_DOCUMENT_TOKEN_TO_BE_REPLACED

It’s important to note that Iskander missiles are nuclear capable. If they’re deployed in Kaliningrad (and some reports said they already have been), which is strategically between Poland and Lithuania, they will have checkmate. Anything in Europe can be reached within five to seven minutes or less.

MOSCOW/WARSAW (Reuters) – A plan by Washington to station tanks and heavy weapons in NATO states on Russia’s border would be the most aggressive U.S. act since the Cold War, and Moscow would retaliate by beefing up its own forces, a Russian defense official said on Monday.

The United States is offering to store military equipment on allies’ territory in eastern Europe, a proposal aimed at reassuring governments worried that after the conflict in Ukraine, they could be the Kremlin’s next target.

Poland and the Baltic states, where officials say privately they have been frustrated the NATO alliance has not taken more decisive steps to deter Russia, welcomed the decision by Washington to take the lead. END_OF_DOCUMENT_TOKEN_TO_BE_REPLACED

As Putin arrives at the Minsk Summit, his Deputy Foreign Minister makes the Russian position clear to Washington:

MOSCOW — Ex-Soviet leader Mikhail Gorbachev says the confrontation between Russia and the West could spill into all-out war. END_OF_DOCUMENT_TOKEN_TO_BE_REPLACED

Machine-gun wielding battle robots are going to be tested in Russia’s Astrakhan region for use by the country’s Strategic Missile Forces, the Interfax news agency reported Friday.

Major Dmitry Andreyev, a representative for the Defense Ministry’s Strategic Missile Forces, was cited as saying that preparation for the testing is currently in its final stage.

END_OF_DOCUMENT_TOKEN_TO_BE_REPLACED

In a series of recently published interviews, President Vladimir Putin (kremlin.ru, October 15), Prime Minister Dmitry Medvedev (Interfax, October 15) and national security council secretary Nikolai Patrushev (Rossiyskaya Gazeta, October 15) have outlined Moscow’s strategic vision of the world after the Ukrainian crisis, Russia’s annexation of Crimea, the Moscow-inspired proxy war in the southeastern Donbas region of Ukraine, and resulting punitive sanctions imposed by the West. The view from Moscow is uninviting—A new cold war with the West is in the making; Russia is under attack and will use all means at its disposal to resist, including the nuclear option. Putin accused Washington of deliberately provoking the Ukraine crisis by supporting extreme nationalists in Kyiv, which in turn ignited a civil war. “Now they [the United States] accuse us of causing this crisis,” exclaimed Putin, “It is madness to blackmail Russia; let them remember, a discord between major nuclear powers may undermine strategic stability” (kremlin.ru, October 15).

Under mounting Western pressure this year, Russian leaders have been repeatedly and unambiguously reminding the West of the ultimate weapon at Moscow’s disposal—nuclear mutual assured destruction. The Russian military is also rearming and conducting massive exercises, preparing for a possible global war. The consensus view in Moscow within the political, military and intelligence community is that relations with the United States are beyond repair and, quoting Medvedev, there is no possibility of any new US-Russian “reset.” Moscow has come to believe that there is no possibility of any genuine détente with Washington until 2020 at the earliest. Indeed, National Security Council Secretary Patrushev’s interview in the official government-published Rossiyskaya Gazeta newspaper has the title: “Second Cold War.” Patrushev openly describes the US as Russia’s eternal foe and accuses Washington of planning for many decades to fully isolate Moscow and deprive it of any influence in its former dominions in the post-Soviet space. Patrushev announced (which seems to be an officially held policy opinion) that the US is today fulfilling a strategic plan to marginalize and destroy Russia—a strategy that he says was initiated in the 1970s by Zbigniew Brzezinski, the then–United States National Security Advisor to President Jimmy Carter. END_OF_DOCUMENT_TOKEN_TO_BE_REPLACED