“The United States faces rapidly growing threats to our space capabilities. China and Russia, our strategic competitors, are explicitly pursuing space warfighting capabilities to neutralize US space capabilities during a time of conflict,” the report said. “Other potential adversaries are also pursuing counter-space capabilities such as jamming, dazzling, and cyber-attacks.” END_OF_DOCUMENT_TOKEN_TO_BE_REPLACED 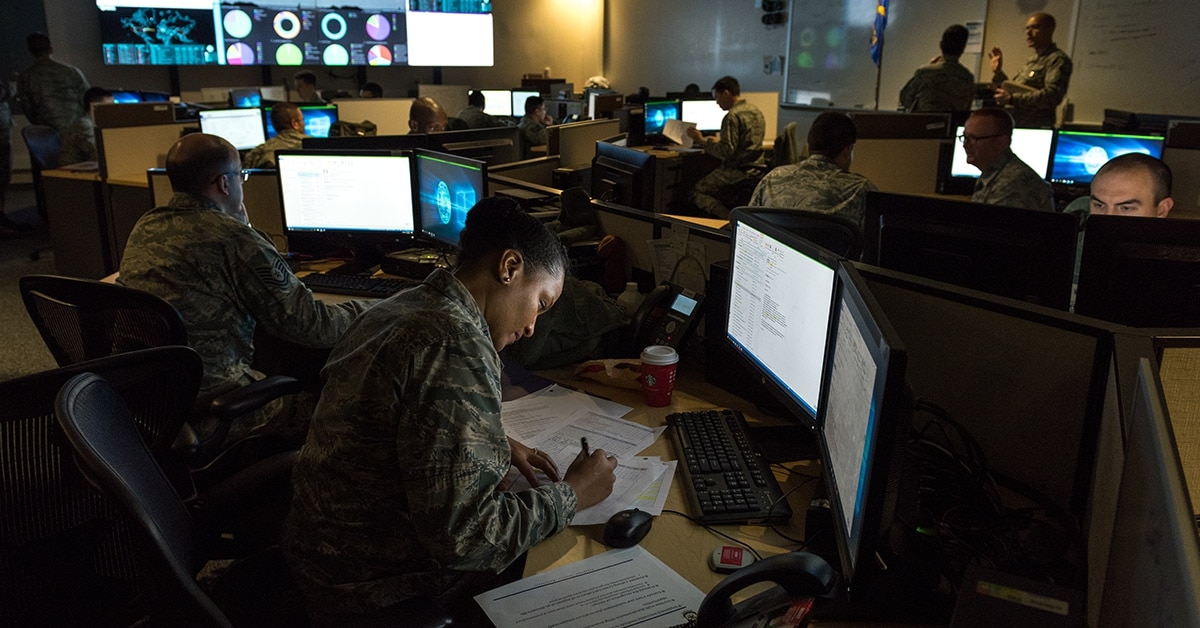 DoD officials have said the Unified Platform is one of U.S. Cyber Command’s largest and most critical acquisition programs to date. Industry officials have said it is necessary to conduct cyber operations and is critical to national security. END_OF_DOCUMENT_TOKEN_TO_BE_REPLACED 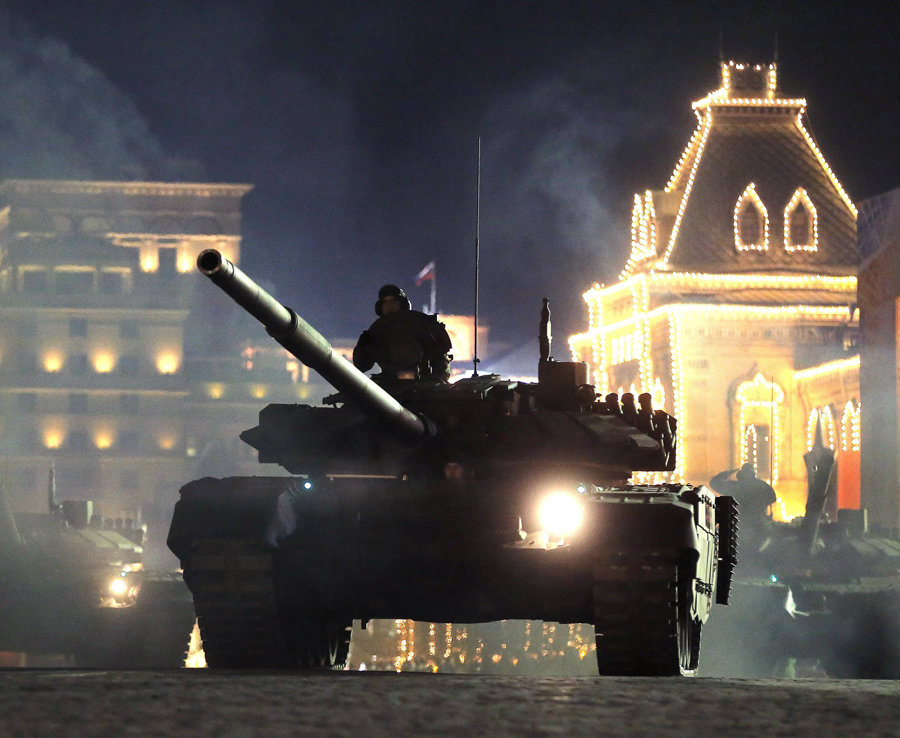 The findings came form an earth shattering report that claimed the US has rapidly fallen behind its rivals and must now decide if it wants to “lead the coming revolution, or fall victim to it”. END_OF_DOCUMENT_TOKEN_TO_BE_REPLACED

Hundreds of Chinese government analysts worked nonstop for months studying every detail on President Trump in preparation for his state visit to China this week.

The information gathered includes hundreds of details about the president to be fed to reports for Chinese supreme leader Xi Jinping who will hold talks with Trump for his first visit to China as president. END_OF_DOCUMENT_TOKEN_TO_BE_REPLACED

The Russian government has announced that 20 different bodies within Russia, many of them government agencies, have been found with espionage malware lurking in their networks

The Russian government has been hacked, according to the state security agency, the FSB.

Malware was discovered on the systems of 20 organisations within Russia including several state agencies. Defence companies, scientific and military institutions and  “critical infrastructures” were also compromised. END_OF_DOCUMENT_TOKEN_TO_BE_REPLACED

A LEADING German diplomat has called for the creation of a Europe-wide law enforcement agency similar to the American FBI with powers to arrest and detain terror suspects.

Wolfgang Ischinger warned the current security arrangement on the continent amounted to a “fair-weather” police force that is ill-equipped for the threat from Islamic State.

Mr Ischinger, chairman of the Munich Security Conference, said the attacks in Paris and Brussels had laid bare the flaws in national security agencies and their ability to share intelligence.

END_OF_DOCUMENT_TOKEN_TO_BE_REPLACED

A Chinese military expert disclosed earlier this month that a Chinese space plane known as the Shenlong will likely be deployed with the newly formed Strategic Support Force, the PLA’s new high-technology warfare unit. END_OF_DOCUMENT_TOKEN_TO_BE_REPLACED

Hillary Clinton’s personal server held emails containing intelligence from the government’s most secret programs, according to a letter sent by the inspector general of the intelligence community to senior lawmakers.

It’s been said here often enough that the only scandal is the fake outrage at the NSA and America. This isn’t to say that the espionage never happened, but the reaction is purposely blown out of proportion to steer public opinion. The NSA has worked hand-in-hand with the German government for decades. German law does not permit the state to spy on its own citizens and therefore has contracted with the NSA to do the Bundesnachrichtendienst’s domestic dirty work. The underlying motive for the fake outrage is that Germany’s Fourth Reich, who now has recaptured Europe and established itself as the regional hegemon, wants the United States out. Therefore, you will see overblown and manufactured scandals such as these.

Just as the United States is taking a first step toward placating European privacy concerns about U.S. surveillance, several European countries are passing laws dramatically expanding their own spy programs.

The House last month passed the Judicial Redress Act, intended to extend some privacy protections to foreign citizens. Meanwhile, the French Senate just passed one of the broadest international surveillance bills in the world and several other European countries are moving in a similar direction. END_OF_DOCUMENT_TOKEN_TO_BE_REPLACED

Contrary to the impression conveyed by Moscow that Russian troops in Syria are not engaged in combat and that none of the sophisticated arms deliveries were destined to the Syrian army, new developments belie both these claims.

The communication systems are resistant to electromagnetic jamming so Russian forces operating deep inside Syria can report to their commanders at the main Russian base in Latakia or receive orders, intelligence data and even video from drones or planes. END_OF_DOCUMENT_TOKEN_TO_BE_REPLACED

During these interactions between U.S. and Iranian forces, American aircraft and ships are routinely photographed by the Iranians for intelligence purposes, according to the official, who said that most confrontations between the sides are “conducted in a safe and professional manner.” END_OF_DOCUMENT_TOKEN_TO_BE_REPLACED

Prepping for war in orbit, the military is honing tactics and building a new center to coordinate defense and development.

The Pentagon and intelligence community are developing war plans and an operations center to fend off Chinese and Russian attacks on U.S. military and government satellites.

The ops center, to be opened within six months, will receive data from satellites belonging to all government agencies, Deputy Defense Secretary Robert Work said Tuesday at the GEOINT symposium, an annual intelligence conference sponsored by the United States Geospatial Intelligence Foundation. END_OF_DOCUMENT_TOKEN_TO_BE_REPLACED

Although this is a proposal, we have yet another sign that the EU is another step closer towards becoming a United States of Europe as it slowly continues to push America out. These scandals are not scandals, but completely overly dramatized propaganda pieces with the aim of shaping public opinion to achieve independence from America. Although it’s not called such, an EU Army is slowly shaping up as European militaries band together outside of NATO and, for example, will soon be doing patrols of the Mediterranean sea to keep the immigrant migration issue from further spiraling out of control. Slowly but surely, the United States of Europe is coming, courtesy of the Germany’s Fourth Reich dominated EU.

THE EU is considering launching its own spy agency amid bombshell allegations that Germany passed intelligence about top officials to the US.

Lest people forget the Soviets likely had a nuclear bomb in DC during JFK’s tenure. Not only that, but sleeper cells in America have gotten the green light a long time ago. “American Hiroshima” is what some people dub this scenario. More can be read about that HERE and HERE.

With the U.S. border open the way it is, on all sides, it seems to not be a matter of ‘if’ but ‘when’. When good people do nothing, there is a price to be paid.

Schwartz, a national security analyst at the Department of Defense, paints a picture of mayhem in the aftermath of such an explosion. “On an otherwise calm and uneventful morning, a small nuclear weapon explodes in downtown Washington, DC.… The casualty count rises to over a hundred thousand, and the destruction is measured in hundreds of billions of dollars.” END_OF_DOCUMENT_TOKEN_TO_BE_REPLACED

Details about Cuban spy Ana Montes from the Department of Defense Inspector General’s 2005 report — only now declassified — shed new light on the case.

For 16 years, Ana Belen Montes spied for Cuba from increasingly responsible positions at the Defense Intelligence Agency. If Havana has ever run a higher level or more valuable mole inside the American defense establishment, that has never been revealed.

When she was arrested in late September 2001, Montes was about the equivalent in rank of a colonel. She had access to sensitive compartmented intelligence. Strangely, for one so openly enamored of Fidel Castro, her superiors considered her one of the best Cuba analysts anywhere in government. END_OF_DOCUMENT_TOKEN_TO_BE_REPLACED