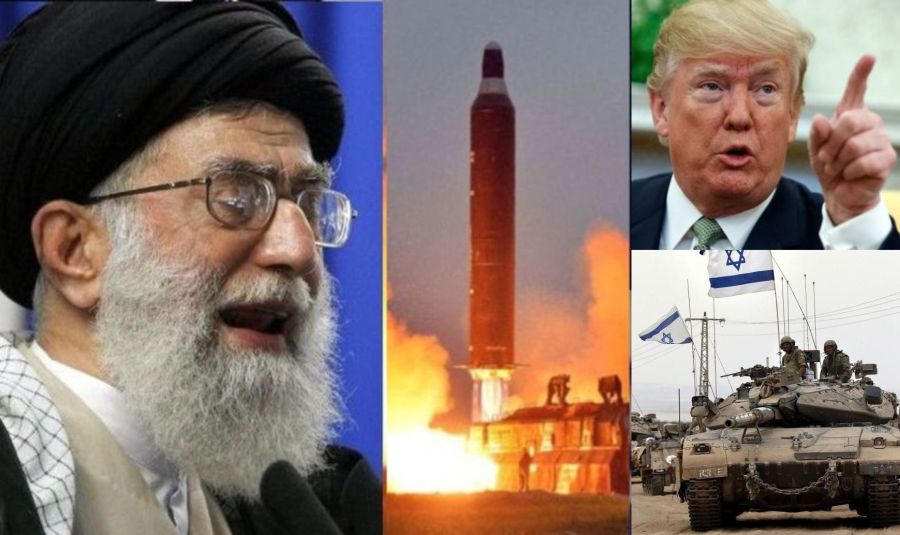 Exclusive: Tehran will challenge the US by restarting nuclear fuel enrichment and ramp up its military confrontation with Israel. The Iranian leadership reached these decisions on Thursday, May 10, after Israeli warplanes smashed its military assets in the Damascus area that morning, DEBKAfile’s exclusive intelligence sources report. These steps follow the strategic plans Tehran had drawn up for the eventuality of the US quitting the 2015 nuclear pact. In the coming weeks, therefore, Tehran will choose its moment to abandon the nuclear deal and restart high level uranium enrichment, in the face of President Donald Trump’s warning that this action would meet with “very severe consequences.” In light of Iran’s strategy, the US, after quitting the nuclear deal, Thursday asked the nuclear watchdog IAEA to continue inspections of the Iranian nuclear program. Washington intends to keep independent monitors accessing Iran’s nuclear activities for as long as they are permitted. END_OF_DOCUMENT_TOKEN_TO_BE_REPLACED

FILE – In this June 24, 2014 file photo, a gate is closed at an ICBM launch control facility in the countryside outside Minot, N.D., on the Minot Air Force Base. The Pentagon has thrown a cloak of official secrecy over assessments of how safely and securely its nuclear weapons are operated, maintained and guarded, closing a window onto an already obscure part of the military with a history of periodic inspection failures and lapses in morale. (AP Photo/Charlie Riedel, File)

WASHINGTON (AP) — The Pentagon has thrown a cloak of secrecy over assessments of the safety and security of its nuclear weapons operations, a part of the military with a history of periodic inspection failures and bouts of low morale.

Overall results of routine inspections at nuclear weapons bases, such as a “pass-fail” grade, had previously been publicly available. They are now off-limits. The change goes beyond the standard practice of withholding detailed information on the inspections. END_OF_DOCUMENT_TOKEN_TO_BE_REPLACED

The report by Fox News said that a “containment vessel” for testing nuclear equipment was removed from Parchin. The International Atomic Energy Agency (IAEA) had earlier confirmed that the “vessel” was at the site.

A source told Fox News the missing device was also used to test triggers that could detonate a warhead. The source added that removal of the equipment would have made it more difficult for inspectors to test for radioactive residue. END_OF_DOCUMENT_TOKEN_TO_BE_REPLACED

Love him or hate him, he’s correct. See the following previous posts for further information:

What’s more, Obama reportedly last year had threatened to shoot down Israeli jets should the tiny Jewish nation launch airstrikes to proactively defend itself — and that was before the fake deal.

In a telephone interview with CNN Tuesday, Republican presidential hopeful Donald Trump said that under the auspices of the Iran nuclear agreement, if Israel were to attack the Islamic Republic, the United States would have to come to the Tehran’s aid.

Trump has vocally opposed the deal since announcing his run for president, saying that the United States “should have doubled up the sanctions for another couple of months” and that the 24-day notice Iran receives before sites can be inspected is unacceptable. END_OF_DOCUMENT_TOKEN_TO_BE_REPLACED

In case you were still wondering who the winner in this ‘deal’ may be:

A top adviser to US President Barack Obama claimed Tuesday that the US had never sought co-called “anytime, anywhere” inspections of all suspect Iranian sites in the newly signed nuclear accord. His comments came in marked contrast to statements he made to Israeli television in April.

The door to the next world war has just been opened and the Iranians are laughing all the way to the bank to pick up their once frozen revenue.

Iran and world powers on Tuesday announced they had sealed a final nuclear deal with Tehran that will lift most economic sanctions on the country and permit it to continue many of the most controversial aspects of its nuclear program, as well as its missile development, according to initial text of the agreement and statements by diplomats.

The agreement, which was finalized in Vienna, would in lift international sanctions on Iran and permit it to continue key elements of its nuclear work, as well as research and development.

Iran will be permitted to continue spinning centrifuges, which are used to enrich uranium, the key component in a nuclear weapon. Western powers will also work with Iran to help it install and operate more advanced centrifuges, according to those appraised of the deal. END_OF_DOCUMENT_TOKEN_TO_BE_REPLACED

Washington’s nuclear deal with Tehran depends on aggressive inspections inside Iran. But the mullahs may well have a secret program outside their borders.

In October 2012, Iran began stationing personnel at a military base in North Korea, in a mountainous area close to the Chinese border. The Iranians, from the Ministry of Defense and associated firms, reportedly are working on both missiles and nuclear weapons. Ahmed Vahidi, Tehran’s minister of defense at the time, denied sending people to the North, but the unconfirmed dispatches make sense in light of the two states announcing a technical cooperation pact the preceding month.