It has taken the US military/security complex 31 years to get rid of President Reagan’s last nuclear disarmament achievement—the INF Treaty that President Reagan and Soviet President Gorbachev achieved in 1987.

The Intermediate Range Nuclear Forces Treaty was ratified by the US Senate on May 27, 1988 and became effective a few days later on June 1. Behind the scenes, I had some role in this, and as I remember what the treaty achieved was to make Europe safe from nuclear attack by Soviet short and intermediate range missiles, and to make the Soviet Union safe from US attack from short and intermediate range US nuclear missiles in Europe. By restricting nuclear weapons to ICBMs, which allowed some warning time, thus guaranteeing retaliation and non-use of nuculear weapons, the INF Treaty was regarded as reducing the risk of an American first-strike on Russia and a Russian first-strike on Europe, strikes that could be delivered by low-flying cruise missiles with next to zero warning time. END_OF_DOCUMENT_TOKEN_TO_BE_REPLACED

When Russia’s conventional armed forces remained weak and outdated in the years following the Cold War, it attached a high priority to its nuclear weapons as the cornerstone of its defence. As Statista’s Niall McCarthy notes, the country has now embarked on an ambitious plan to modernize its entire military under the 2011-20 state armament program. END_OF_DOCUMENT_TOKEN_TO_BE_REPLACED 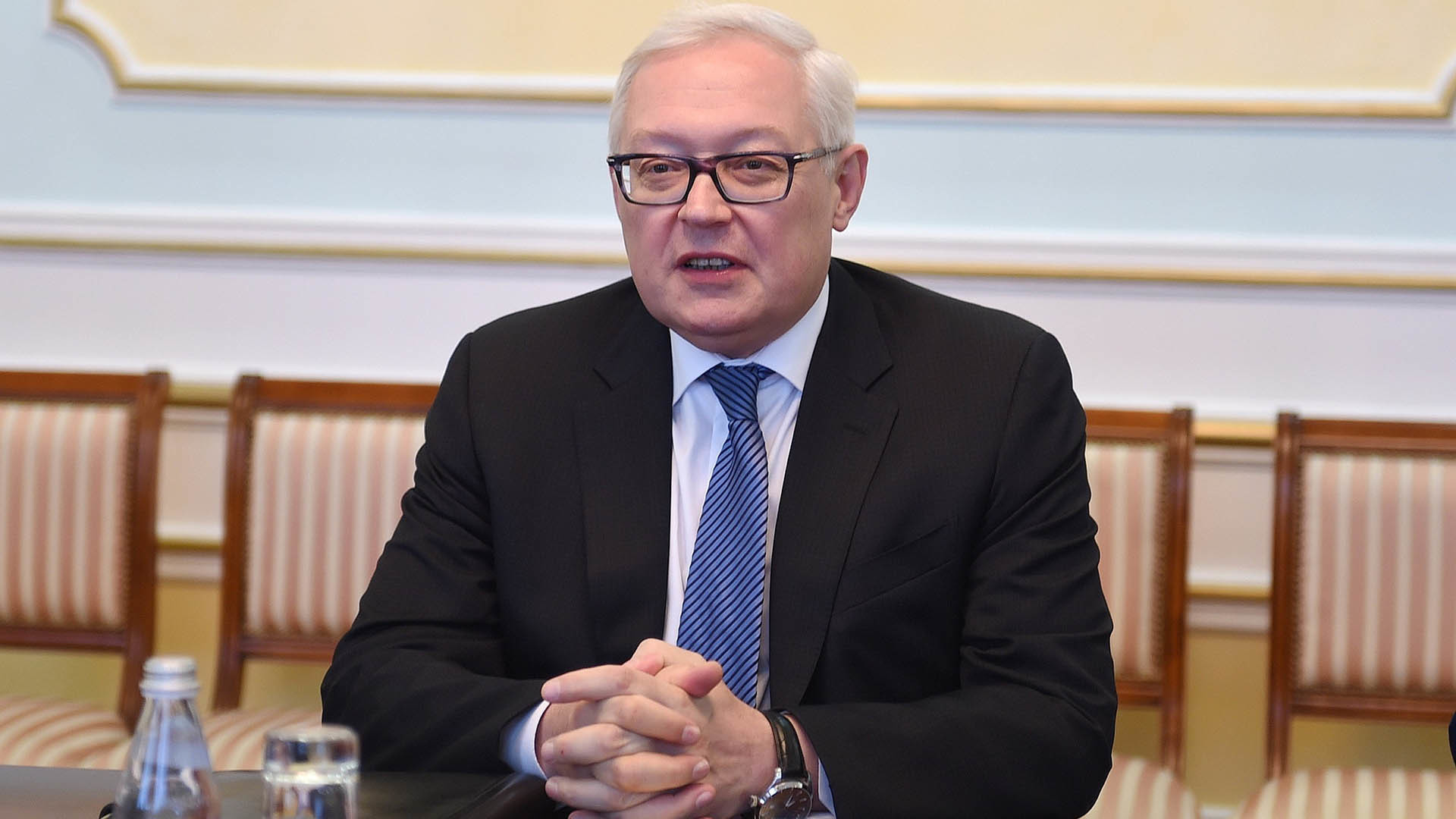 Russian Deputy Foreign Minister Sergei Ryabkov told Financial Times the “complete malfunction” of the U.S. system of government has meant that key treaties are likely to lapse and leave the world’s nuclear powers “without constraint in the event of a conflict.” END_OF_DOCUMENT_TOKEN_TO_BE_REPLACED

Newly obtained evidence, including satellite photos taken in recent weeks, indicates that work is underway on at least one and possibly two liquid-fueled ICBMs at a large research facility in Sanumdong, on the outskirts of Pyongyang, according to the officials, who spoke on the condition of anonymity to describe classified intelligence. END_OF_DOCUMENT_TOKEN_TO_BE_REPLACED 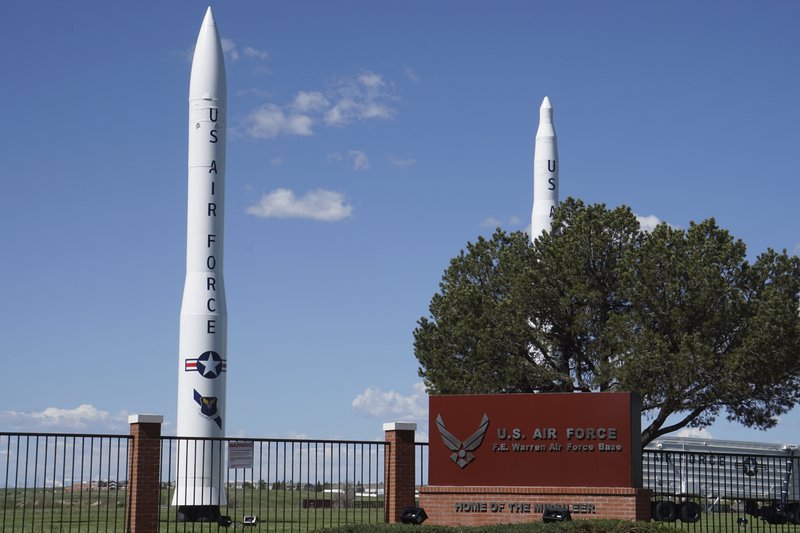 “Although this sounds like something from a movie, it isn’t,” said Capt. Charles Grimsley, the lead prosecutor of one of several courts martial. END_OF_DOCUMENT_TOKEN_TO_BE_REPLACED

The nuclear and conventional weapons buildup, militarization of islets in the South China Sea and global infrastructure investments aimed at controlling nations are signs Beijing has emerged as America’s most significant national security challenge, a panel of specialists told a hearing of the House Permanent Select Committee on Intelligence. END_OF_DOCUMENT_TOKEN_TO_BE_REPLACED

Congress was warned Thursday that North Korea is capable of attacking the U.S. today with a nuclear EMP bomb that could indefinitely shut down the electric power grid and kill 90 percent of “all Americans” within a year.

At a House hearing, experts said that North Korea could easily employ the “doomsday scenario” to turn parts of the U.S. to ashes.

In calling on the Pentagon and President Trump to move quickly to protect the grid, the experts testified that an explosion of a high-altitude nuclear bomb delivered by a missile or satellite “could be to shut down the U.S. electric power grid for an indefinite period, leading to the death within a year of up to 90 percent of all Americans.”

END_OF_DOCUMENT_TOKEN_TO_BE_REPLACED

If Kim Jong-Un ‘is so aggressive that he would bring on himself a nuclear holocaust over the loss of a dozen missiles and two satellites, we had better deal with him now, before he has 100 ICBMs.’ / KCNA via Reuters

The United States has a window of opportunity to cast aside its “denial behavior” on North Korea, an analyst said.

“Is the naivete and willful blindness that helped begin World War II on September 1, 1939, being repeated in the response of the U.S. and its allies to North Korea’s nuclear missile program, that apparently tested a thermonuclear H-Bomb warhead on September 2, 2017?” asked Dr. Peter Vincent Pry in a Sept. 13 analysis for Family Security Matters.

History does not have to repeat itself, however, wrote Pry, who is Executive Director of the Task Force on National and Homeland Security and Director of the U.S. Nuclear Strategy Forum, both Congressional Advisory Boards.

END_OF_DOCUMENT_TOKEN_TO_BE_REPLACED

U.S Ambassador to the United Nations Nikki Haley praised new sanctions against North Korea as a sign that the international community is seriously addressing the threat of Pyongyang’s nuclear weapons program.

“It is time for North Korea to realize, we are not playing anymore,” Haley said on Fox News’s “Sunday Morning Futures with Maria Bartiromo.”

Artist’s conception of the Multi-Object Kill Vehicle deploying to attack an incoming missile.

The Missile Defense Agency, or MDA, is accelerating the development of an interceptor that can take down several incoming warheads — or one warhead and several decoys — simultaneously. While MDA officials say the move is not a response to any specific threat, one prominent defense watcher notes that North Korea is likely working hard on missiles that can fire decoys to confuse interceptors. END_OF_DOCUMENT_TOKEN_TO_BE_REPLACED

The tests in the Nevada desert come as tensions rise with Russia and the Pentagon seeks to replace its aging nuclear arsenal.

A pair of U.S. Air Force B-2 bombers dropped two 700-pound faux nuclear bombs in the middle of the Nevada desert within the past few days. Now the Pentagon wants to tell you about it.

END_OF_DOCUMENT_TOKEN_TO_BE_REPLACED

Now the Russian Pacific Fleet has announced the arrival of its latest nuclear submarine, Vladimir Monomakh, to its new permanent deployment base in the far-eastern Kamchatka Peninsula. The peninsula has access to the Sea of Okhotsk, shared between Russia and Japan and the Bering Sea, shared by U.S. and Russia. END_OF_DOCUMENT_TOKEN_TO_BE_REPLACED

While the last Minuteman II was deployed in the early 1990s, which still run off 1970’s floppy disc era technology (See also HERE), Russia and China have both developed and deployed their advanced nuclear weapons. To make matters worse, if the GBSD’s being developed will be “phased in” during the 2030 decade, that is at least a 15 year window of opportunity for China and Russia to strike an ancient America with its 40 year old nukes — if their shelf life is even that long.

Hidden underground in steel-and-concrete silos across rural America, more than 400 intercontinental ballistic missiles point to the skies, poised for launch — and ready to obliterate cities across the world.

First designed in the 1960s at the height of the Cold War, the Minuteman nuclear weapons are starting to show their age, and replacement parts are difficult to find for the weapons designed in an analog age.

Also aging are their silos, many built in the 1950s and now rusting as water seeps through the decaying concrete. END_OF_DOCUMENT_TOKEN_TO_BE_REPLACED

With the televised demonstration of China’s latest system of intercepting incoming ballistic missiles during the intermediate stage of their flight, it looks like the People’s Republic is poised to become the second country after the US to deploy a missile shield.

In an interview with Sputnik, Vasily Kashin, a Moscow-based military expert, said that in their effort to develop what may be dubbed HQ-19, the Chinese may possibly be working closely with Russia, whose S-500 Prometey missile defense system, now under development, and the strategic missile system A-235 Nudol, which is currently undergoing trials, will be able to shoot down incoming warheads even before they enter the atmosphere. END_OF_DOCUMENT_TOKEN_TO_BE_REPLACED

So foreign ministers from the 28 NATO member-nations met in Brussels for a two-day summit, while mighty military power Montenegro was inducted as a new member.