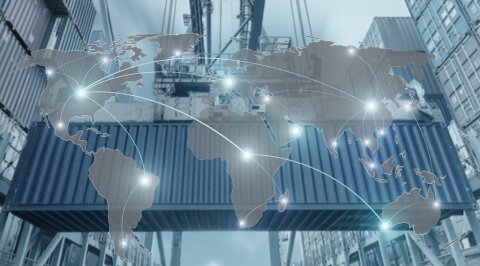 As Americans, it’s easy to assume that global trade still depends on America as the consumer of last resort. But that’s no longer true. In fact, the majority of trade in emerging-market nations is with each other, not with the U.S. In 1990, emerging economies sent 65 percent of their exports to developed nations like the U.S. and Europe, and only 35 percent to other developing countries. Today, that figure is nearly reversed. END_OF_DOCUMENT_TOKEN_TO_BE_REPLACED

America is being purged and in trouble with deep wounds that may not be curable.

The growing scandal over cooked ISIS intelligence just got much worse. Now, analysts are saying they’re being forced out for not toeing the Obama administration’s line on the war.

Two senior intelligence analysts at U.S. Central Command say the military has forced them out of their jobs because of their skeptical reporting on U.S.-backed rebel groups in Syria, three sources with knowledge of their claim told The Daily Beast. It’s the first known instance of possible reprisals against CENTCOM personnel after analysts accused their bosses of manipulating intelligence reports about the U.S.-led campaign against ISIS in order to paint a rosier picture of progress in the war.

END_OF_DOCUMENT_TOKEN_TO_BE_REPLACED

In 1990 former West German Chancellor Helmut Schmidt told me in an interview that massive Islamic immigration into Europe kept him awake at night. Between pinches of snuff, Schmidt said he worried Muslims wouldn’t assimilate, and that this would become a big problem for the continent.

Schmidt’s ruminations are worth remembering following French President Francois Hollande visit to President Obama Tuesday to ask for help in what he has called France’s war on the Islamic State (ISIS). Hollande, who has been much more assertive than his host on defeating ISIS, to say the least, has been candid that “complicity from the inside” is one of the problems he will have to tackle. END_OF_DOCUMENT_TOKEN_TO_BE_REPLACED

A senior official at the Bank of England “inadvertently” sent research assessing the economic dangers of the UK leaving the European Union to an editor at a national newspaper.

The Bank was left in an embarrassing situation on Friday after it accidentally emailed details – including how to fend off inquiries related to the report – directly to the Guardian newspaper.

A Bank spokesperson said that the error was “unfortunate”. END_OF_DOCUMENT_TOKEN_TO_BE_REPLACED

For five years, investor fear of risk has been drugged into somnolence by repeated injections of quantitative easing. The lack of fear has led to a world where price and risk have become estranged. As credit conditions are tightened in the US and China, the law of unintended consequences will hold sway in 2015 as investors wake up. The Vix, the so-called “fear index” that measures volatility, spiked to 18.4 on Friday, above the average of 14.5 recorded last year. END_OF_DOCUMENT_TOKEN_TO_BE_REPLACED

This is the same former KGB agent that warned Snowden fell for a Russian trap, leading him to believe he was a hero for defecting while all that he really did was put American lives in danger by helping the Russians know what the United States does before it does it. He only ended up making a pawn of himself at best and when there is no more vital information on America being abandoned by his Russian security handlers and left for the wolves. It’s foolish to think you’ll be equal with your new ‘comrades’ and dine at the same table with them, who only will use you as a means to an end — a short-term, but very damaging gain on the U.S. side in this case.

A former KGB agent has said that former Russian spy and celebrity Anna Chapman was ordered by the Russian intelligence service to propose marriage to former NSA contractor Edward Snowden to trap him in Russia, British tabloids have revealed.