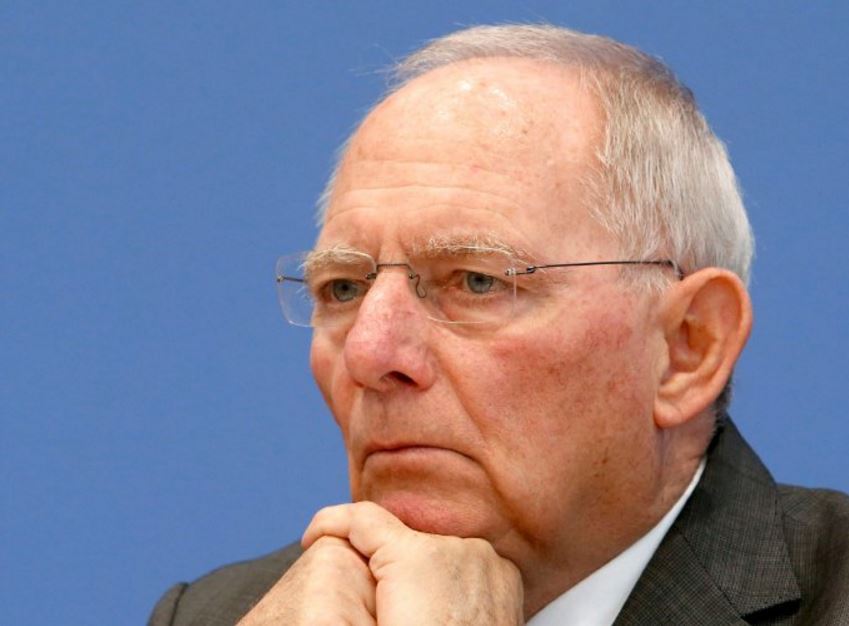 In his farewell interview for the Financial Times, Federal Minister of Finance Wolfgang Schäuble warned of a new global financial crisis predicated upon the Quantity of Money theory that the central banks had pumped trillions of dollars into the financial system that is creating a risk of “new bubbles”.  Indeed, many just do not comprehend what is going on and are blaming the new highs in share markets on concerns about the increased risks from the accumulation of more and more liquidity and the growth of public and private debt. END_OF_DOCUMENT_TOKEN_TO_BE_REPLACED

This year’s negotiations have been preceded by months of feverish lobbying from prime minister Shinzo Abe who has urged the country’s business groups to raise wages and help smash Japan’s deflationary mindset once and for all.

Olivier Blanchard, the former chief economist at the International Monetary Fund and Adam Posen, a former Bank of England policymaker, have called for an unprecedented 10pc increase in nominal wages in 2016. In the last two years, average wages have risen by just 1pc.

END_OF_DOCUMENT_TOKEN_TO_BE_REPLACED

Remember what Merkel said in 2012. Destroying to rebuild is the case here.

GERMANY could spark the eurozone’s collapse with controversial changes to government debt and bailout rules, a leading economist has warned.

Professor Peter Bofinger, a special advisor to the Berlin-based government, said Italy and Spain could potentially be forced out of the euro and back to their own currencies under new plans.

Under the proposed scheme, investors who hold Eurozone government-issued debts through bonds would have to accept write-offs on the value of their investment before the group steps in to offer bailout cash. END_OF_DOCUMENT_TOKEN_TO_BE_REPLACED

BRITAIN and the world could be about to enter a recession that will be more brutal than 2008 thanks to China’s slowing economy, experts fear.

At the same time, it has built up huge levels of debt within its stock market helping to create a huge bubble that now looks set to burst.  END_OF_DOCUMENT_TOKEN_TO_BE_REPLACED

(NaturalNews) Few could have envisioned it even just a few years ago, but it’s happening now, and on an ever-widening scale. More big U.S. banks are shunning cash, because the banking system has become so dependent on other “assets” that large cash deposits actually pose a threat to their financial health, according to The Wall Street Journal.

And the largest U.S. bank in terms of assets — JP Morgan Chase & Co. — has dramatically cut “unwanted” deposits to the tune of $150 billion this year alone, in part by charging customers fees. END_OF_DOCUMENT_TOKEN_TO_BE_REPLACED

The Riksbank caught markets by surprise, reducing the benchmark lending rate to minus 0.10pc and unveiled its first asset purchases, vowing to take further action at any time to stop the country falling into a deflationary trap. The bank presented the move as precautionary step due to rising risks of a “poorer outcome abroad” and the crisis in Greece.

END_OF_DOCUMENT_TOKEN_TO_BE_REPLACED

When stock markets turned south last week after rallying for much of this year, many policymakers initially played that down. In fact, the sell-off could be seen bringing some healthy volatility back to markets that officials worried had become too complacent to risks ranging from tensions surrounding the conflict in Ukraine to the Ebola outbreak.

But the deepening of the sell-off may have put major central banks on their heels, by raising the prospect of the market rout going too far too fast, threatening to hurt confidence and potentially triggering a pullback in spending.

“It reminds me of the massive flight to quality we saw during the (2008) banking crisis, when there were fears that the whole global economy would tip into depression,” said Nick Stamenkovic, a strategist at Edinburgh-based RIA Capital Markets. END_OF_DOCUMENT_TOKEN_TO_BE_REPLACED

I know that headline sounds completely outrageous.  But it is actually true.  The U.S. government is borrowing about 8 trillion dollars a year, and you are about to see the hard numbers that prove this.  When discussing the national debt, most people tend to only focus on the amount that it increases each 12 months.  And as I wrote about recently, the U.S. national debt has increased by more than a trillion dollars in fiscal year 2014.

But that does not count the huge amounts of U.S. Treasury securities that the federal government must redeem each year.  When these debt instruments hit their maturity date, the U.S. government must pay them off.  This is done by borrowing more money to pay off the previous debts.  In fiscal year 2013, redemptions of U.S. Treasury securities totaled $7,546,726,000,000 and new debt totaling $8,323,949,000,000 was issued.  The final numbers for fiscal year 2014 are likely to be significantly higher than that.

So why does so much government debt come due each year? END_OF_DOCUMENT_TOKEN_TO_BE_REPLACED

To get economy moving again, policymakers should go ahead with quantitative easing to boost liquidity and allow the euro to weaken

The euro zone’s “softly, softly” approach to the financial crisis is not working. The economy is sinking into deflation, dragged down by a zombie banking system and spiralling government debt. It is slipping back towards recession. A future break-up of the euro zone remains a potent threat.

Policymakers can ill afford to keep kicking the can down the road. The bailout earlier this month of Portuguese lender Banco Espirito Santo was a sharp reminder to investors the euro zone was not out of the woods by a long stretch. END_OF_DOCUMENT_TOKEN_TO_BE_REPLACED

The European Central Bank warned on Wednesday that the euro zone’s slumping economy and a surge in problem loans were raising the risk of a renewed banking crisis, even as overall stress in the region’s financial markets had receded. END_OF_DOCUMENT_TOKEN_TO_BE_REPLACED

China can now bypass Wall Street when buying U.S. government debt and go straight to the U.S. Treasury, in what is the Treasury’s first-ever direct relationship with a foreign government, according to documents viewed by Reuters.

China can now participate in auctions without placing bids through primary dealers. If it wants to sell, however, it still has to go through the market.

The change was not announced publicly or in any message to primary dealers.

As Greece’s problems shed some urgency, Eurogroup ministers will turn their focus to Spain, where the government looks set to violate newly-agreed EU budget rules by missing its deficit target again this year.

Spain, the eurozone’s fourth biggest economy, planned to cut its budget shortfall to 6% of GDP in 2011, but reported an 8.5% shortfall instead.

In 2012, it was supposed to cut the deficit to 4.4% in line with an EU-wide agreement but earlier this month Spain’s new government announced that it would aim only for a cut to 5.8%, while still maintaining a 2013 goal of 3.0%.

The announcement came after unemployment in Spain hit 23%.

Eurozone officials are worried that allowing Spain to soften this year’s target would create a dangerous precedent and undermine the credibility of the recently sharpened budget rules.