‘The UK is just as committed to Europe’s security in the future as it has been in the past.’

Germany and Britain signed a military pact on October 5 that ensures Britain will retain a military relationship with the European Union after Brexit. The agreement, signed in Germany by German Defense Minister Ursula von der Leyen and British Defense Secretary Gavin Williamson, is intended to strengthen military cooperation between the two parties.

Von der Leyen called the agreement a “symbolically important sign” that the strategic partnership between Germany and Britain will continue after Brexit. The pact will reinforce British-European military cooperation “in the navy, the air force, and in cyber capabilities.” The agreement states that Germany and Britain are “determined to deepen and strengthen” their relationship by working together on their “common defense and security goals.” END_OF_DOCUMENT_TOKEN_TO_BE_REPLACED 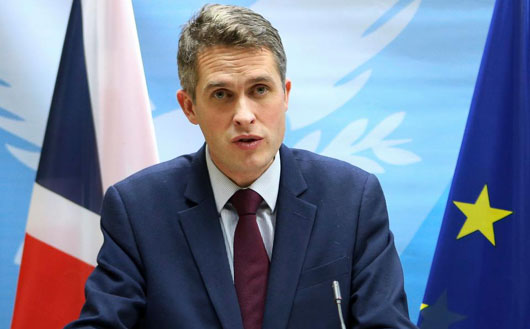 Britain plans to send 800 troops to the Arctic in 2019 in an effort to stop Russia’s land grab in the region, the UK’s defense secretary said. END_OF_DOCUMENT_TOKEN_TO_BE_REPLACED

The Ministry of Defence previously announced that HMS Argyll would also be deployed, arriving in the region later in the year to take part in an exercise with Australia, Malaysia, New Zealand and Singapore. END_OF_DOCUMENT_TOKEN_TO_BE_REPLACED