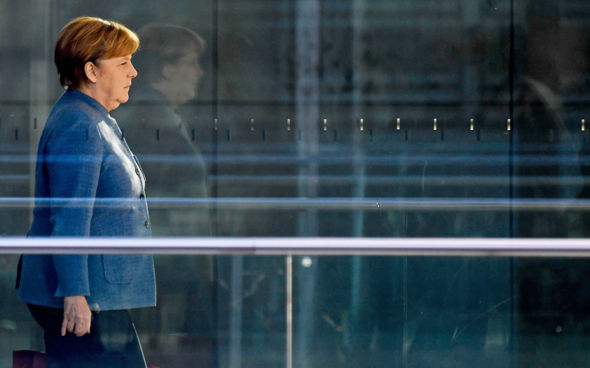 If coalition talks stall Berlin would face a lengthy period of uncertainty at a time when many in the European Union are looking to Germany for leadership on issues ranging from euro zone governance to trans-Atlantic relations. END_OF_DOCUMENT_TOKEN_TO_BE_REPLACED

Authorities in Hamburg, the second-largest city in Germany, have begun confiscating private dwellings to ease a housing shortage — one that has been acutely exacerbated by Chancellor Angela Merkel’s decision to allow more than two million migrants into the country in recent years. END_OF_DOCUMENT_TOKEN_TO_BE_REPLACED

The leader of Germany’s liberal Free Democrats (FDP) likened Turkish President Tayyip Erdogan’s purge of state institutions to the actions of the Nazi party in the 1930s in comments published on Sunday.

FDP leader Christian Lindner said he saw parallels between Erdogan’s behavior and the aftermath of the Reichstag fire in 1933 portrayed by the Nazis as a Communist plot against the government and used by Adolf Hitler to justify massively curtailing civil liberties. END_OF_DOCUMENT_TOKEN_TO_BE_REPLACED

Germany lays out its ambitions for the next four years, including a plan to ‘strive for an ever closer associate of European forces, which can evolve into a parliamentary European army.’

Germany wants to create a new European army, according to one of the latest documents to come out of its coalition agreement. The coalition paper on foreign affairs and defense, published November 19 and approved by the coalition panel led by German Chancellor Angela Merkel, calls for Germany to face “up to its international responsibilities” and “stand ready if contributions to the resolution of crises and conflicts are expected.”

The paper explains that in order to “be prepared for the mission of the future,” the EU must work together. Wherever “useful and possible” there should be “a sharing of national military capabilities in the EU … as well as … a greater division of labor,” the report said—adding that the same thing applies to NATO.

But its most striking statement was: “We strive for an ever closer association of European forces, which can evolve into a parliament-controlled European army.” END_OF_DOCUMENT_TOKEN_TO_BE_REPLACED