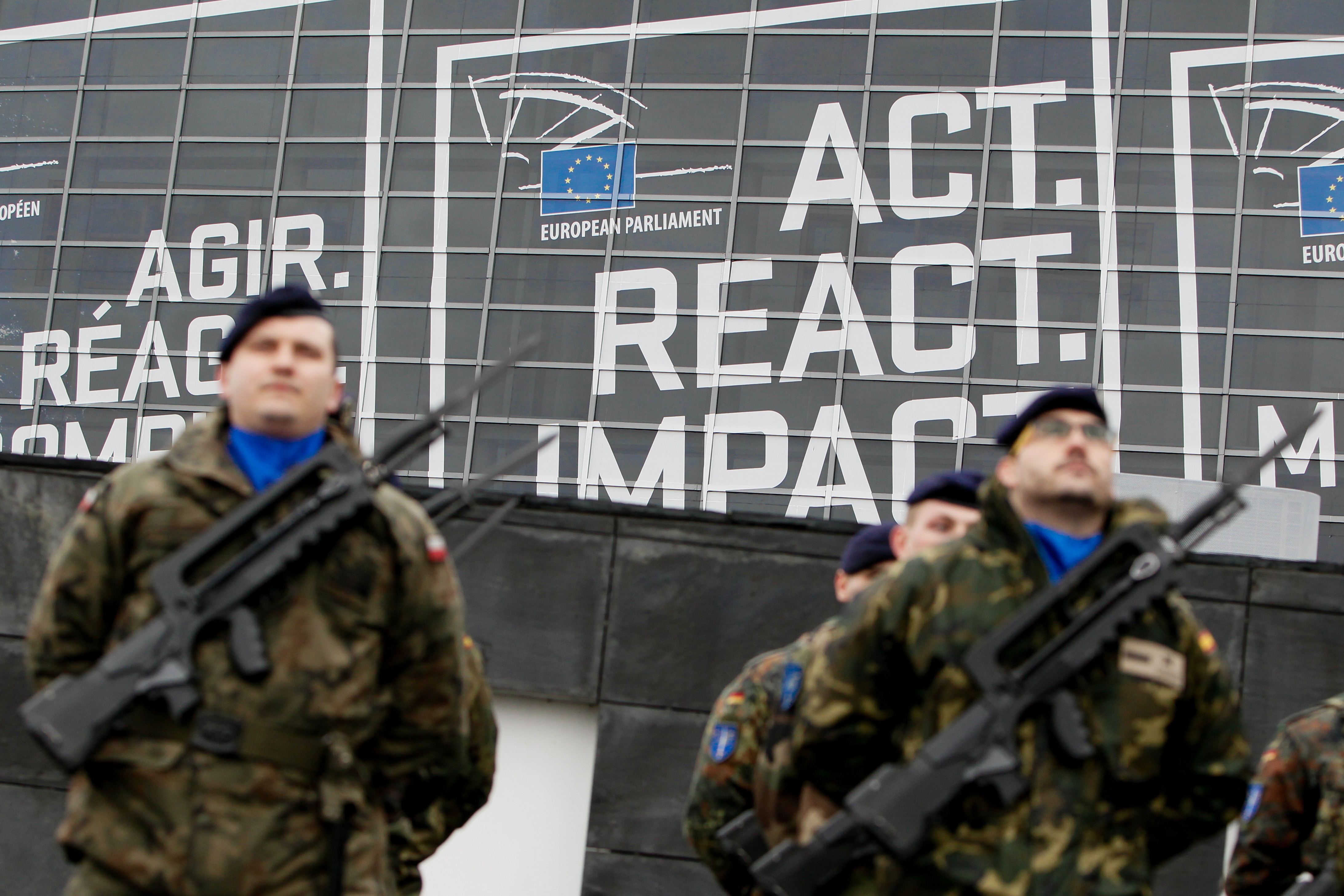 EU is moving ahead with deeper military cooperation (Photo: europarl.europa.eu)

A group of European defence ministers are pushing ahead with joint defence projects as part of broader effort at deeper military cooperation.

Federica Mogherini, the EU’s foreign policy chief, described the meeting among the ministers in Brussels on Tuesday (7 March) as “historic”. END_OF_DOCUMENT_TOKEN_TO_BE_REPLACED

BERLIN/BRUSSELS(Own report) – The German government has announced that the EU Military Union will be officially launched this Monday, with the European Council formally adopting 17 projects aimed at creating joint EU military structures. Germany is in charge of the establishment of a European Medical Command, considered an indispensable element of future EU military operations, alongside the European Air Transport Command, which has existed since 2010. Berlin is also establishing logistical structures that would facilitate rapid interventions. The German Bundeswehr is also active in both fields within the NATO framework. The operational preparation for future military missions is influenced by a fierce power struggle between Germany and France. According to the German ministry of defense, the military union is not only aimed at reaching more “independence” from the United States, but also at advancing EU “integration,” which is difficult to achieve with civilian means. END_OF_DOCUMENT_TOKEN_TO_BE_REPLACED

As said a quite a few times in the past, after America is done suiciding itself into the dustbin of history, you’re looking at your likely next superpower: A German-dominated United States of Europe. History tells us that when a superpower dies, there will ultimately be another one (or more) to fill in the gap. Donald Trump’s NATO funding rhetoric just might make it so real soon.