US President Donald Trump’s declared recognition of Israeli sovereignty over the Golan on Thursday, March 21, had a time-sensitive object, unconnected to the Israeli election or Binyamin Netanyahu’s run for reelection, as his rivals contended. DEBKAfile’s military and intelligence sources reveal that it was an arrow aimed by the US president at Iran, Syria, Iraq and Hizballah, and the machinations plotted at Syrian President Bashar Assad’s meeting with Iran’s supreme leader ayatollah Ali Khameini on Feb. 25. Present at their meeting, our sources reveal, were two figures, Al Qods chief Qasem Soleimani, supreme commander of Iran’s Mid East fronts, and, for the first time, a high-ranking Hizballah military official, who is a senior strategic adviser to Hassan Nasrallah. END_OF_DOCUMENT_TOKEN_TO_BE_REPLACED

Al Qods Brigades, the Iranian Rev Guards’ external wing, “brought” Syrian ruler Bashar Assad to Tehran on Feb. 27, for an audience with supreme leader Ayatollah Ali Khamenei. This was revealed on Wednesday, March 6, by Al Qods deputy chief Brig.-Gen Esmaeil Qaani in an interview with Iranian media. Assad arrived alone without aides – a sign that he did not come voluntarily. And, indeed, Qaani also admitted that “his men accompanied Assad” all the way to Tehran, another sign that he was virtually snatched for the trip. DEBKAfile’s intelligence sources, who followed this revelation, discovered that Assad was bundled onto an Iranian plane and flown directly to a Revolutionary Guards air base in western Tehran. The only official on hand to receive the Syrian president was Al Qods chief Gen. Qassem Soleimani, who never left his side throughout the visit. END_OF_DOCUMENT_TOKEN_TO_BE_REPLACED 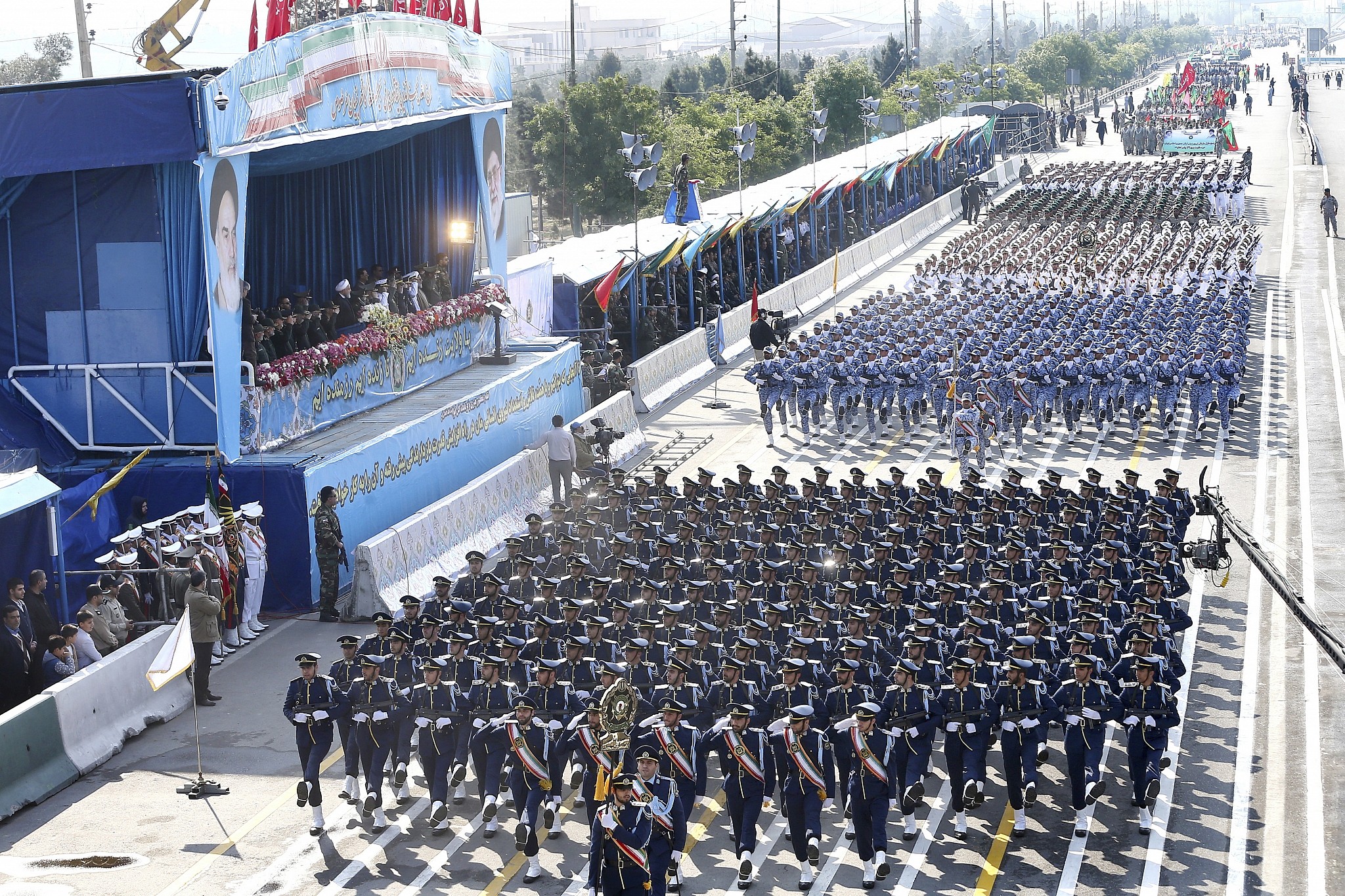 “We’re ready for the decisive war that will bring about Israel’s disappearance. Our armed forces are prepared for the day when Israel will be destroyed,” Brig. Gen. Aziz Nasirzadeh said, according to Iranian state media. END_OF_DOCUMENT_TOKEN_TO_BE_REPLACED 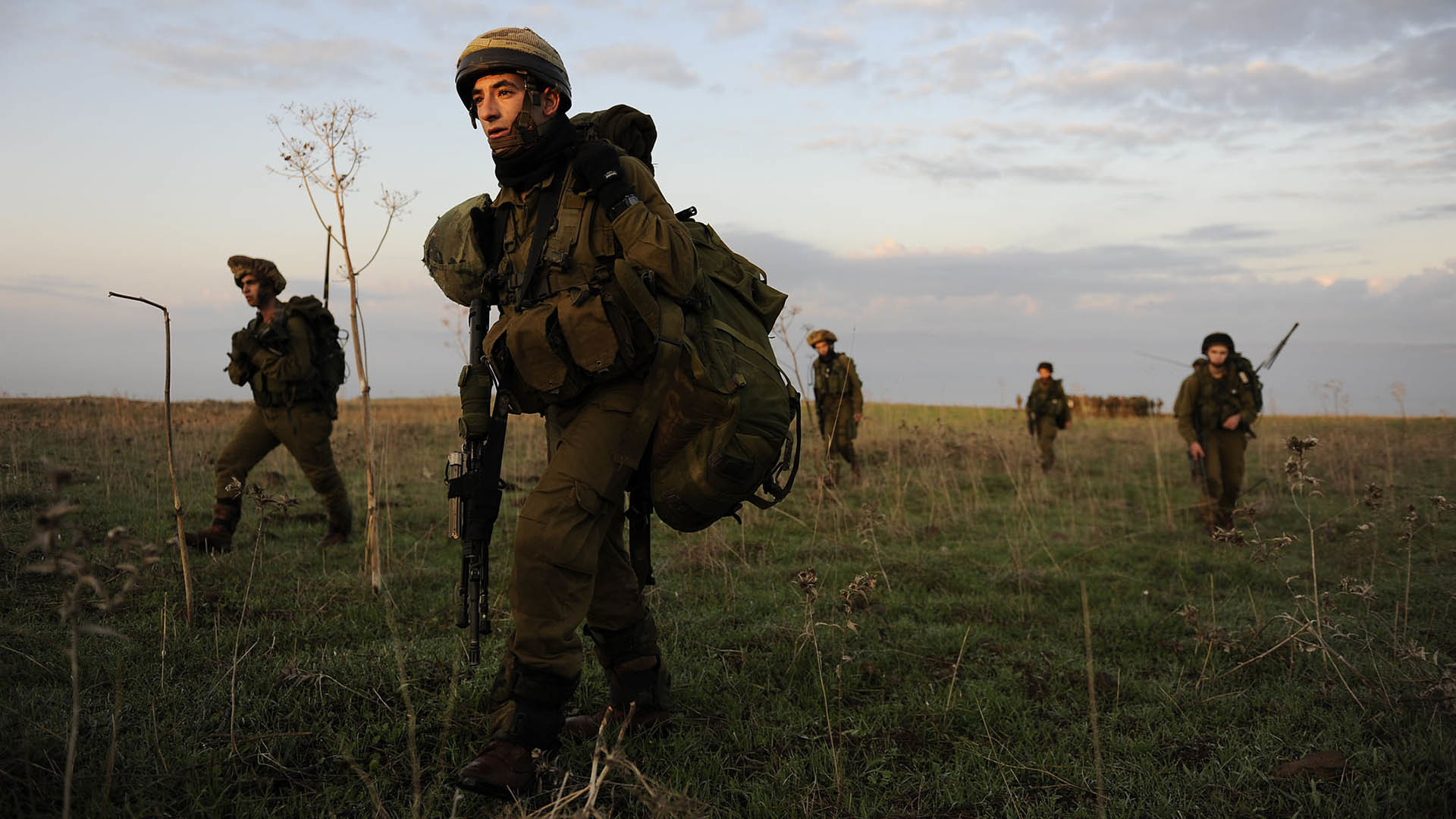 An Israeli government report is warning the country that it must prepare for the possibility of going to war with Iran—invading the Islamic Republic—in order to prevent it from becoming fully entrenched in Syria. END_OF_DOCUMENT_TOKEN_TO_BE_REPLACED

Jerusalem—On Nov. 13, 2018, Israel Prime Minister Benjamin Netanyahu’s government was on the edge of collapse. In one 25-hour period, the Iranian-backed terrorist group Hamas launched over 400 rockets, missiles and mortars into Israel from the Gaza Strip. It was the largest single-day barrage ever. For those Israelis within range of the missiles, it was the last straw. I spoke to Israelis who experienced the attacks, and most of them emphasized the need to push back against Hamas to stop the incessant fire. Living under the constant threat of war and the stress of having less than 10 seconds to get to a bomb shelter is clearly taking a toll. END_OF_DOCUMENT_TOKEN_TO_BE_REPLACED

“The Iranian-backed militias are trying to consolidate their sphere of influence all the way from southwest of Damascus to the Israeli border,” said Suhaib al Ruhail, an official from the Liwa al Furqan rebel group that operates in the area, according to Reuters. END_OF_DOCUMENT_TOKEN_TO_BE_REPLACED

Our sources can now reveal the nature of that presence and the process afoot for the gradual US withdrawal. In the last few days, Egyptian and UAE military officers visited the contested north Syrian town of Manbij. They toured the town and its outskirts, checked out the locations of US and Kurdish YPG militia positions, and took notes on how to deploy their own troops as replacements. On the diplomatic side, the White House is in continuous conversation with the UAE Crown Prince Sheikh Muhammed Bin Ziyad (MbZ) and Egyptian President Abdel-Fatteh El-Sisi. The deal Trump is offering, is that they take over US positions in Manbij, where the Kurds have sought protection against a Turkish invasion, and American air cover will be assured against Russian, Syrian or Turkish attack. END_OF_DOCUMENT_TOKEN_TO_BE_REPLACED

Day by day at least one, if not two, Iranian transport aircraft, are landing at Beirut international airport in the past week, DEBKAfile’s military sources report. Flights to Syrian air bases have all but ceased. On their return flights, they refuel at Damascus airport. Most of the incoming aircraft are Boeing 747s of Qeshm Fars Air, which serves Iran’s Revolutionary Guards Corps (IRGC). Intelligence watchers, speculating about the reason for the accelerated Iranian air runs to Beirut and the nature of their cargoes, suggest that they are anxious to avoid encounters with the USAF aircraft circling Syrian skies (as DEBKAfile first revealed on Nov. 22). Another conjecture is that, since the Russian- S-300 air defense systems won’t be operational before the end of January, Iran and Russia agreed that it would be less hazardous for Iranian air deliveries to be routed to Beirut than to risk possible Israel air strikes over Syria. END_OF_DOCUMENT_TOKEN_TO_BE_REPLACED

When Russian Defense Minister Sergei Shoigu said on Oct. 2 that the “unified” S-300 air defense systems in Syria will be installed in Syria by Oct. 20, he really meant its integration in the Russian homeland system. This element of his report to President Vladimir Putin is the key to the real import of Moscow’s response to the downing of its Il-20 spy plane on Sept. 17, for which Shoigu blamed Israel. DEBKAfile’s military and intelligence sources report that Putin seized on the disaster to establish in Syria an advanced air defense weapons system linked not only to the Russian Khmeimim Air Base in Latakia, but integrated in Russia’s own C3 command, control and communications system against nuclear attack. END_OF_DOCUMENT_TOKEN_TO_BE_REPLACED

END_OF_DOCUMENT_TOKEN_TO_BE_REPLACED

Deal concluded by their defense ministers at a meeting in Damascus, Tasnim news agency says

Iran and Syria signed a deal for military cooperation in a meeting between the defence ministers of the two countries in Damascus, the Tasnim news agency reported on Monday. END_OF_DOCUMENT_TOKEN_TO_BE_REPLACED

As the Syrian regime army prepares to launch a campaign for the recapture of Idlib in northern Syria, the Chinese Ambassador to Damascus, Qi Qianjin, told the pro-regime daily Al-Watan on August 1, 2018 that the Chinese military would be willing to participate “in some way”  in the campaign in Idlib or in other parts of the country. The ambassador expressed his support for what he called Syria’s war against the terrorists, and noted that there is cooperation between the Syrian and Chinese armies. The report also quoted the Chinese military attaché in Syria as saying that the Chinese military wishes to enhance its relations with the Syrian military, and as expressing regret that Chinese Uyghurs are taking part in the fighting against the Assad regime. END_OF_DOCUMENT_TOKEN_TO_BE_REPLACED

In a recent speech, IRGC deputy commander Hossein Salami boasted of the creation of an “Islamic army” near the Israeli-occupied Golan Heights, which he warned threatened to “end” Israel.

“Today, an international Islamic army has been formed in Syria, and the voices of the Muslims are heard near the Golan,” Salami said, as quoted by the Times of Israel.

END_OF_DOCUMENT_TOKEN_TO_BE_REPLACED

While the destabilization initiative did begin in earnest under Obama’s watch, the truth is that previous administration were also heavily involved in the planning of Syria’s destruction. END_OF_DOCUMENT_TOKEN_TO_BE_REPLACED

At the G7 meeting in Canada in recent days, we witnessed unprecedented clashes between Trump and G7 leaders over the imposition of tariffs on trade. We must now conclude that the event has been relegated to irrelevance, as the G7 has heretofore derived its clout from speaking as one voice. Trump even went further, refusing to sign the final draft of the organization’s joint statement after Canadian prime minister Justin Trudeau lashed out at Trump’s trade decisions. Trump showed how little he cares for his allies, leaving the summit a day early to arrive early for the meeting with Kim Jong-un in Singapore to make preparations for the long-awaited encounter between the two leaders. END_OF_DOCUMENT_TOKEN_TO_BE_REPLACED