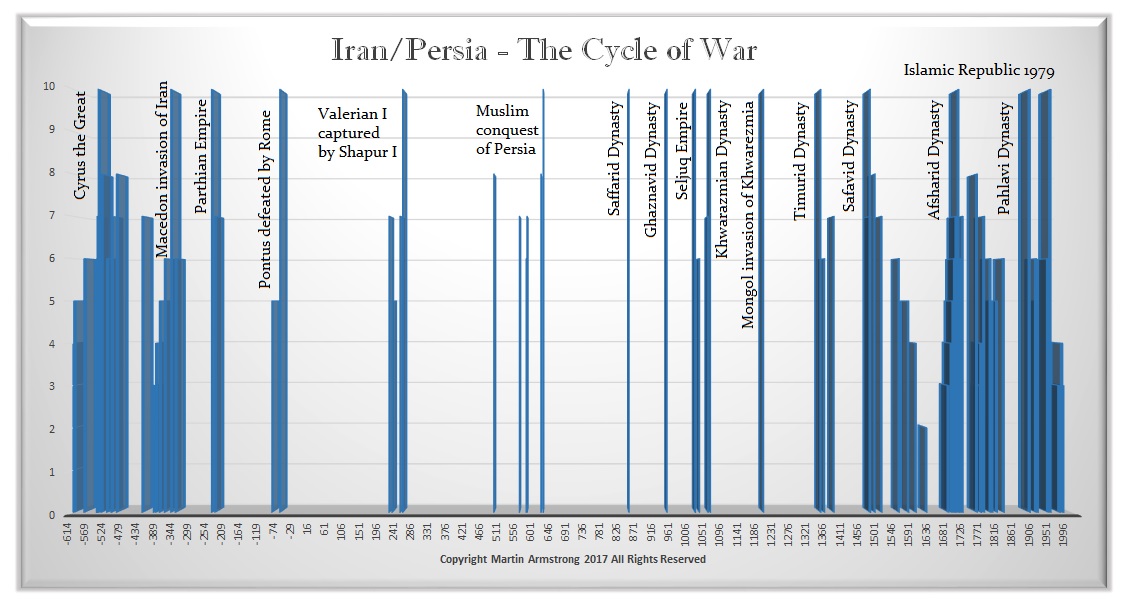 Iran has a very rich history that lends itself to tremendous insight into the long-term future of the Middle East. It was Cyrus the Great who conquered Lydia which was the birthplace of money issued by the state. The Persians adopted the practice and then continued to produce coins with the same design as the Lydians until they were changed in 510BC and the image of Darius I appears as an archer. END_OF_DOCUMENT_TOKEN_TO_BE_REPLACED

END_OF_DOCUMENT_TOKEN_TO_BE_REPLACED

Even if this was part of the Iranian president Hassan Rouhani’s campaign of smiles for the West, the visit to the Shiraz synagogue Friday night, May 1, by the head of his assistant for minority affairs, Hojat- Islam Ali Yunessi, was especially noteworthy. He was the first high-ranking Iranian cleric to visit a Jewish synagogue in a decade and, moreover, he delivered a speech in praise of Iran’s ancient Jewish community’s successful coexistence with other groups.

But most remarkably, he admitted that historical research and archeological excavations in the last 150 years had corroborated the Biblical account of the deeds of the Persian emperor Cyrus the Great (550-530 BCE).

(The Bible recounts that Cyrus issued a fabled decree for the emancipation of slaves, including the Jewish people, from Babylonian captivity, and allowed them to return to their homeland in Judah and rebuild their Temple in Jerusalem.) END_OF_DOCUMENT_TOKEN_TO_BE_REPLACED