In a dynamic that shows just how far U.S. oil production has come in recent years, the U.S. Energy Information Administration (EIA) said on Monday that in the last two months of 2018, the U.S. Gulf Coast exported more crude oil than it imported. END_OF_DOCUMENT_TOKEN_TO_BE_REPLACED

In a recent interview with Financial Sense’s Jim Puplava, energy expert Robert Rapier explained why he thinks OPEC (the Organization of Petroleum Exporting Countries) is headed for trouble and what the increased popularity of electric vehicles will do to oil markets. It’s only a matter of time before the markets are hit by the wave of newer cleaner energy. Rapier walked us through what this could look like for OPEC and how other countries and companies are tackling the issue. END_OF_DOCUMENT_TOKEN_TO_BE_REPLACED

Driven by a continued shale boom, the United States is on track to produce more crude oil and liquids than Russia and Saudi Arabia combined by 2025, an energy consultancy said. END_OF_DOCUMENT_TOKEN_TO_BE_REPLACED 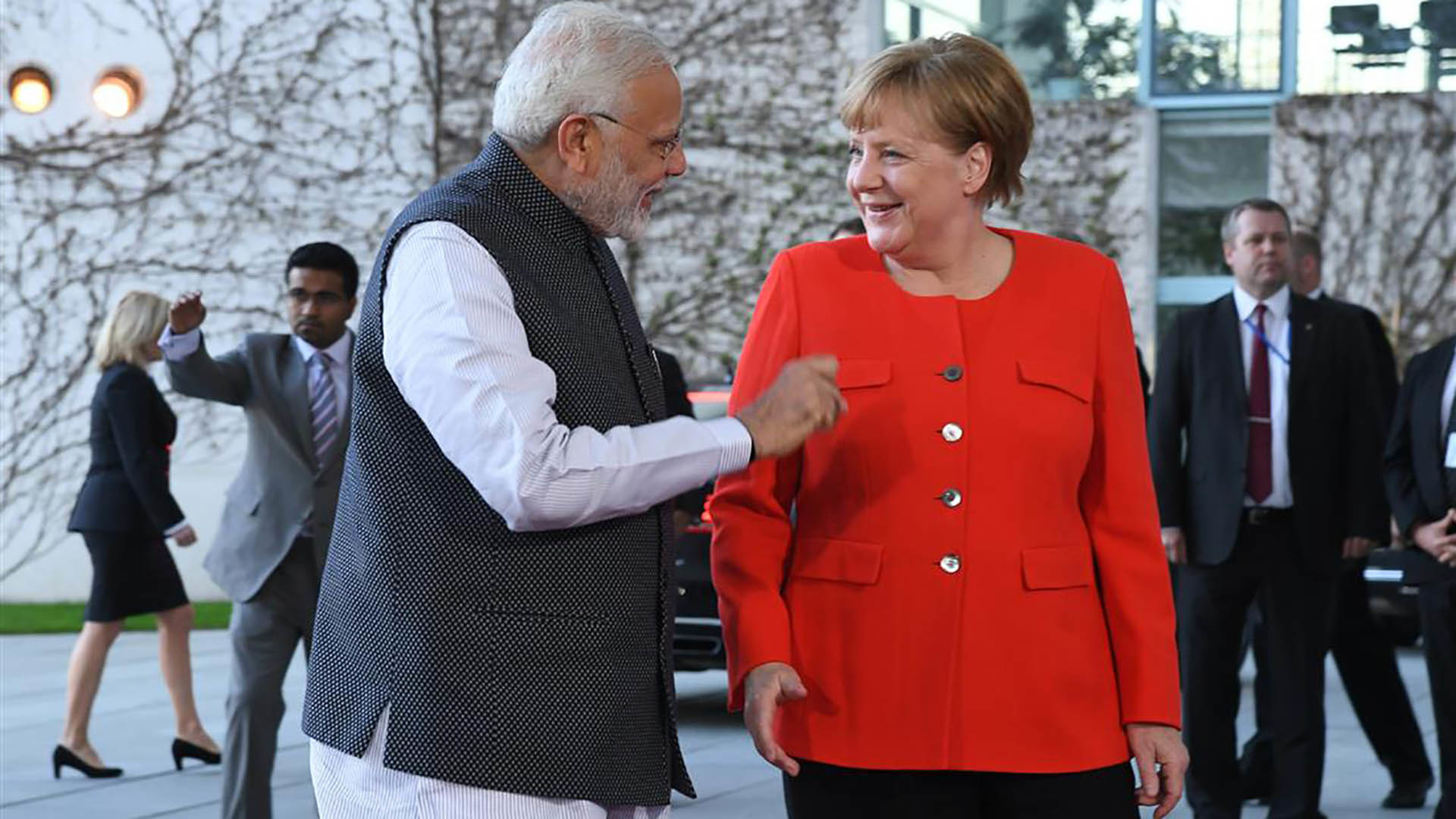 Germany’s obsession with Iran’s oil—and opposing President Donald Trump—today went from merely taking care of its own interests to becoming an outright salesman for the Islamic Republic to other countries. END_OF_DOCUMENT_TOKEN_TO_BE_REPLACED

Update: For the umpteenth time this year, President Trump has lashed out at OPEC over soaring oil prices (and therefore gas prices): “The OPEC Monopoly must remember that gas prices are up & they are doing little to help. If anything, they are driving prices higher.”

Then Trump escalated his rhetoric, appearing to threaten the withdrawal of support unless action is taken “…the United States defends many of their members for very little $’s. This must be a two way street. REDUCE PRICING NOW! “

This is coming after reports that Trump asked the Saudis to increase production by 2mm barrels and that they agreed. 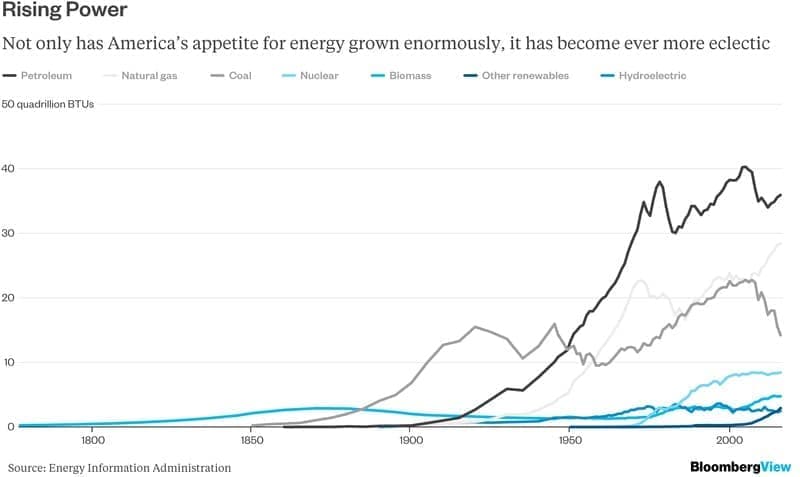 Originally, crude oil was only used for lighting. This changed following the invention of the internal combustion engine, which outperformed steam engine in power, range and ease of operation and maintenance, and the invention of the conveyor belt, which made it possible to mass-produce the internal combustion engine at a price which was affordable to the masses. Not much later, crude oil became the transportation fuel of choice. The horse drawn carriage was replaced by the car; the locomotive by the diesel train; the steamship by the motor vessel; and the zeppelin by the airplane. END_OF_DOCUMENT_TOKEN_TO_BE_REPLACED

The US government plans to sell half of the Strategic Emergency Oil Reserves and gasoline. The days of OPEC embargoes of the 1970s are now long past. The government plans to increase its budget for the financial year by $500 million. Therefore, over the next decade, the government wants to increase financial leeway by as much as $16.6 billion. With the US at a net exporter level and the shift toward electric cars, it becomes questionable if we need the Strategic Emergency Oil Reserves any more. END_OF_DOCUMENT_TOKEN_TO_BE_REPLACED

China imported daily average of 4.69 million tons, or 34.38 million bpd, of crude oil from Russia last month. That’s 9.3 percent more than the February average, putting Russia back at the top spot of China’s foreign oil suppliers, above Angola, which sits at number 2. Saudi Arabia fell to number 3 in March, as it cuts output deeper than it was expected to under the OPEC agreement from November.

The shuffle comes amid talks in OPEC about extending the six-month production output cut to further strengthen prices, which turned out to be less responsive to the international effort than expected. END_OF_DOCUMENT_TOKEN_TO_BE_REPLACED

This comes at a time of low oil prices, when many observers felt the Arctic would remain off limits. Alaska has proved precisely the opposite. Although it has gone largely unnoticed outside the industry, foreign firms are partnering with American companies to pursue these new possibilities. I expect this new wave of Arctic development will help increase US oil production and influence in world oil markets for at least the next several decades. END_OF_DOCUMENT_TOKEN_TO_BE_REPLACED

A problem for the U.S. shale oil and gas industry that analysts and observers have warned about for a long time has materialized: there is a shortage of workers. According to one service provider for E&Ps, trucker jobs remain vacant even with an annual paycheck of $80,000, which is certainly a big change from a couple of years ago when layoffs were sweeping through the shale patch.

This shortage could dampen the prospects of not just shale producers, who are eager to ramp up production as quickly as possible and take advantage of higher international oil prices, but it will also seriously hamper the recovery of the oilfield services segment, which has been hit harder than E&Ps by the price crash. END_OF_DOCUMENT_TOKEN_TO_BE_REPLACED

The Saudi King kicked off a month-long tour of Asia this week, as the oil kingdom looks to bolster ties in the east as it loses confidence in the U.S. as a stable ally.

The trip began in Malaysia where King Salman inked a $7 billion deal, promising to invest in a Malaysian petrochemical complex run by state-owned oil company Petronas. From there, he will tour Indonesia, Brunei, Japan, China and the Maldives. END_OF_DOCUMENT_TOKEN_TO_BE_REPLACED

The Saudi-led OPEC cuts may have supported oil prices and reduced market volatility, but they have also opened the door wide to rival crude grades flowing into the most prized market for the Middle Eastern producers: Asia.

Reduced supplies by OPEC resulted in higher prices for Middle Eastern crude benchmark Dubai and a narrower Brent/Dubai spread, which made the shipment of Brent-price-linked crude grades to Asia profitable. END_OF_DOCUMENT_TOKEN_TO_BE_REPLACED