Gen. Valery Gerasimov, author of Russia’s use of “hybrid” warfare, announced the greater adoption of asymmetric warfare tools—cyber, space, and information weapons—in response to what he said are stepped up plans for information operations by the Pentagon. END_OF_DOCUMENT_TOKEN_TO_BE_REPLACED

German Foreign Minister Heiko Maas visited his Russian counterpart, Sergei Lavrov, in Moscow on January 18 to discuss, among other things, a new proposal to ensure unimpeded shipping through the Kerch Strait and Azov Sea. After the meeting, Maas flew to Ukraine to inform its leaders of the negotiations. The exclusive discussions between Germany and Russia, excluding Ukraine, reveal the close ties developing between these two powers. END_OF_DOCUMENT_TOKEN_TO_BE_REPLACED

“I think that America is actually engulfed by its second civil war now,” Rogozin told the Rossiya-24 TV channel, as translated by the state-run Tass Russian News Agency. END_OF_DOCUMENT_TOKEN_TO_BE_REPLACED

Video of the dramatic moment in May earlier this year is being aired as part of the Channel 5 documentary following the operations of the Type 45 destroyer in the volatile region. END_OF_DOCUMENT_TOKEN_TO_BE_REPLACED

The new force, set up in late 2015, is not part of army, navy, air force, or missile force and is directly under the Communist Party’s Central Military Commission, according to a report published this week by the National Defense University. END_OF_DOCUMENT_TOKEN_TO_BE_REPLACED

Left against right. Citizens against police. Black versus white. Rich versus poor. The Russians play their cards well, especially with its influence within the American media.

One part of where this article goes wrong is the first opening sentence, as China has already eclipsed the United States in supercomputer technology.

However, at least Americans know who they can thank for giving China their threatening capability: Bill and Hillary Clinton through the U.S. Department of Commerce.

Another component of the problem is that the American security apparatus believes in the simple ‘patch and pray‘ fix due to high costs. In other words, they’re also reactive and not proactive… a grave difference.

Supercomputers play a vital role in the design, development and analysis of almost all modern weapons systems, said a report by the National Security Agency-Energy Department based on an assessment of China’s new supercomputer called the TaihuLight. Photo by: David Mercer

China is eclipsing the United States in developing high-speed supercomputers used to build advanced weapons, and the loss of American leadership in the field poses a threat to U.S. national security.

That’s the conclusion of a recent joint National Security Agency-Energy Department study, based on an assessment of China’s new supercomputer called the TaihuLight. “I have no idea,” said a woman who works for the Nicaraguan telecom agency stationed at the site. “They are Russian, and they speak Russian, and they carry around Russian apparatuses.” END_OF_DOCUMENT_TOKEN_TO_BE_REPLACED

A resident from Crimea’s southern coast who was employed at a base last year said Moscow has begun stationing soldiers in the formerly abandoned bunkers and blocking the roads that lead to the areas. END_OF_DOCUMENT_TOKEN_TO_BE_REPLACED 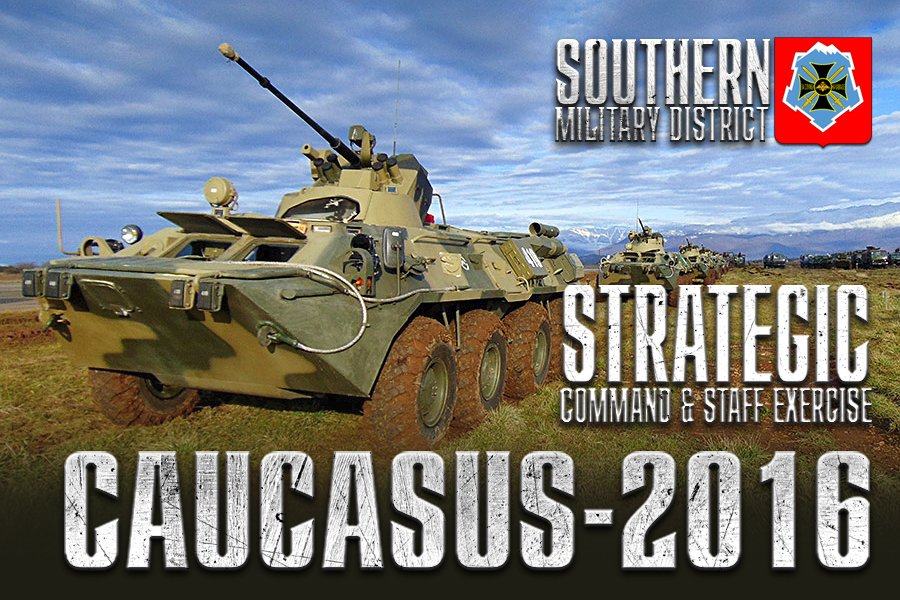 On Monday, the Russian forces began a massive military exercise to test troops’ combat readiness and cooperation between different branches of the country’s armed forces. The exercise, involving over 12,500 servicemen including Navy, Airborne and Aerospace units was conducted in the south of Russia. END_OF_DOCUMENT_TOKEN_TO_BE_REPLACED

END_OF_DOCUMENT_TOKEN_TO_BE_REPLACED

Bible prophecy in the making:

[(Alternative source: European SUPERSTATE to be unveiled: EU nations ‘to be morphed into one’ post-Brexit (Express)]

Plans for ‘a closer European Union’ have been branded an attempt to create a ‘European superstate’.

A Russian fighter jet flew dangerously close to a U.S. RC-135 reconnaissance aircraft on Thursday in the latest military provocation by Moscow over the Baltic Sea, the U.S. European Command said Saturday.

“On April 14, a U.S. Air Force RC-135 aircraft flying a routine route in international airspace over the Baltic Sea was intercepted by a Russian Su-27 in an unsafe and unprofessional manner,” said Navy Capt. Danny Hernandez.

“This intercept comes shortly after the unsafe Russian encounters with USS Donald Cook,” he added. “There have been repeated incidents over the last year where Russian military aircraft have come close enough to other air and sea traffic to raise serious safety concerns, and we are very concerned with any such behavior.” END_OF_DOCUMENT_TOKEN_TO_BE_REPLACED