In case you needed further proof that North Korea is a Chinese proxy against the west, mainly America, look no further. They’ll let North Korea do whatever it pleases in order to extract concessions out of the United States, so long as it doesn’t go overboard and force China to support it should it be the one starting a physical war. China needs to be able to save face and having North Korea provoke a war and then claim to be the victim is key. 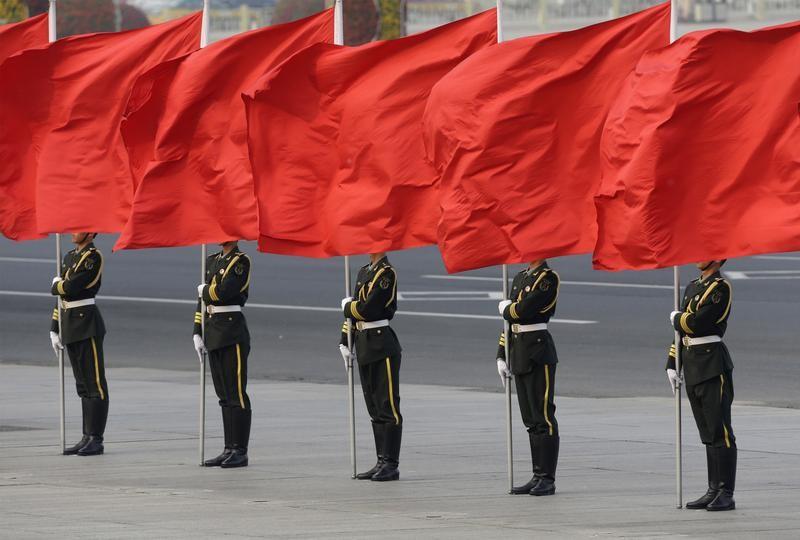 FILE PHOTO: Members of honour guards hold red flags during a welcoming ceremony for Denmark’s Queen Margrethe II outside the Great Hall of the People in Beijing April 24, 2014. (Jason Lee)

BEIJING (Reuters) – If North Korea launches an attack that threatens the United States then China should stay neutral, but if the United States attacks first and tries to overthrow North Korea’s government China will stop them, a Chinese state-run newspaper said on Friday.

President Donald Trump ratcheted up his rhetoric toward North Korea and its leader on Thursday, warning Pyongyang against attacking Guam or U.S. allies after it disclosed plans to fire missiles over Japan to land near the U.S. Pacific territory. END_OF_DOCUMENT_TOKEN_TO_BE_REPLACED