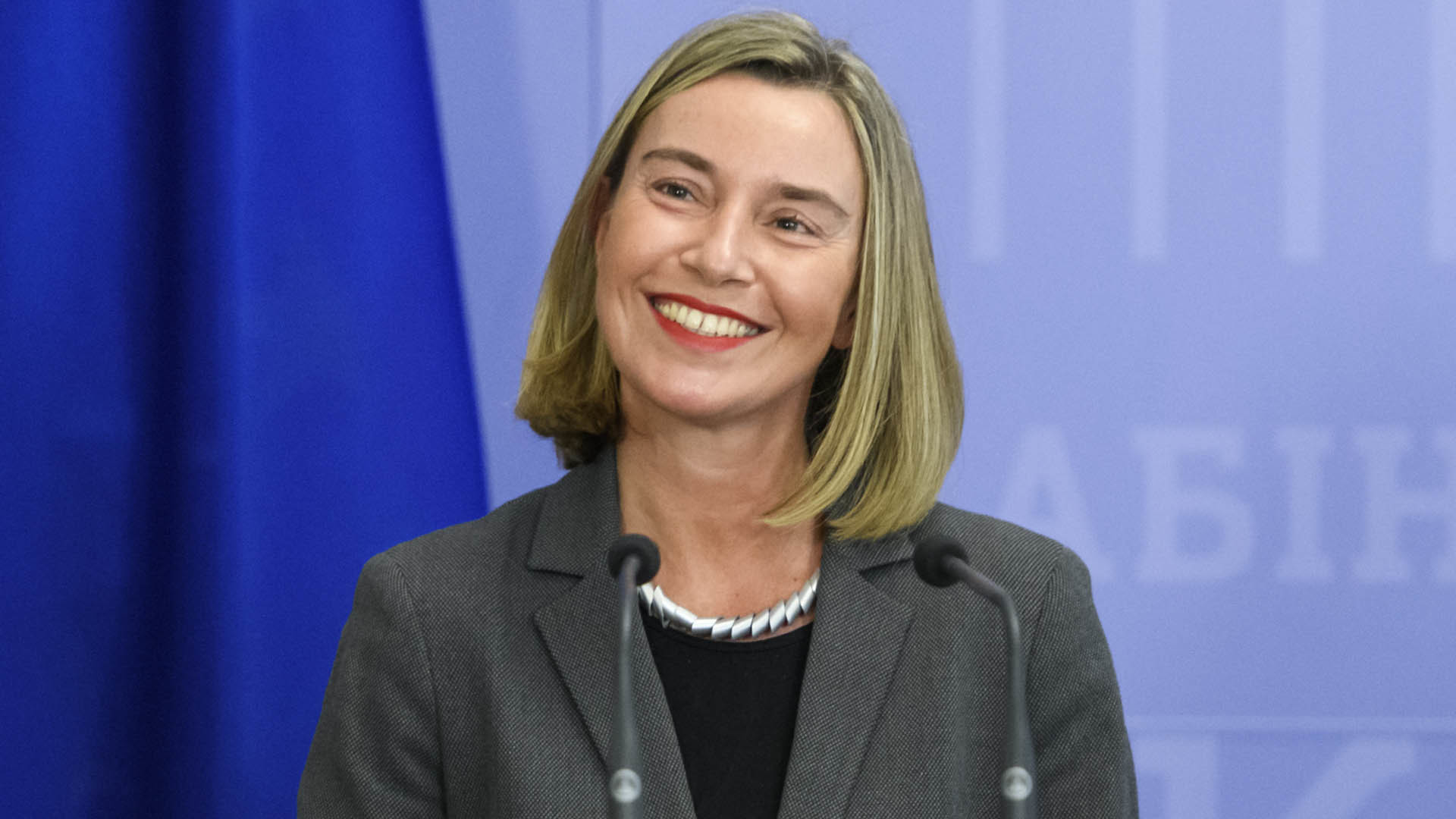 The confederation does about $9.7 billion in trade annually with Iran.

The European Union’s foreign policy chief warned businesses on the continent that they risk sanctions from the confederation if they dare break and abide by new U.S. sanctions against Iran, all but confirming what President Donald Trump said about the 2015 Joint Comprehensive Plan of Action nuclear deal. END_OF_DOCUMENT_TOKEN_TO_BE_REPLACED

In the event war breaks out, in the first minutes, hundreds of thousands of artillery shells and rockets will rain down on South Korea from positions north of the Demilitarized Zone.

Army Col. David Maxwell (ret.), a former Special Forces officer who once patrolled the Demilitarized Zone separating North and South Korea, painted a bleak picture of the opening hours of war between the neighboring countries. END_OF_DOCUMENT_TOKEN_TO_BE_REPLACED

A GERMAN diplomat lambasted ‘hard’ Brexiteers who think Britain can gain from leaving the European Union, saying Brussels will make sure the move is negative.

Thomas Matussek, former German Ambassador to the UK, said the Brexit divorce bill would be “considerable” and transitional period “long”.

Speaking on the Today programme, on BBC Radio 4, Mr Matussek said any positives for the UK on leaving the bloc would “encourage other” member states rot follow Britain out. END_OF_DOCUMENT_TOKEN_TO_BE_REPLACED

You can read further about Michael Fallon’s comments in yesterday’s post:

Britain could use ‘nuclear weapons as a first strike’

The mushroom cloud from the first hydrogen bomb test, as photographed on Enewetak, an atoll in the Pacific Ocean, in 1952, by a member of the United States Air Force. Russia has begun developing the R-28 Sarmat or Satan 2, which could produce a nuclear charge of at least 40 megatons, or four times that of the first hydrogen bomb. AIR FORCE/REUTERS

A senior Russian politician responded aggressively Monday to comments by the U.K.’s defense minister suggesting pre-emptive use of nuclear weapons against Russia is an option for London, claiming the U.K. would be completely annihilated by Russia’s nukes in response.

Russia’s Frants Klintsevich, who heads the defense and security committee in Moscow’s upper house of parliament, said the U.K. would be “literally wiped off the face of the Earth by a counter strike.” Earlier that day, U.K. Defense Minister Michael Fallon said during a radio show that the U.K. could consider a preemptive nuclear attack amid recent political tensions between Russia and Western governments, according to The Moscow Times. Fallon said the U.K.’s military would only make combat use of its Trident nuclear program in extenuating circumstances, but refused to say exactly what those conditions would be. END_OF_DOCUMENT_TOKEN_TO_BE_REPLACED

In this file picture, the Union Flag, commonly known as the Union Jack, flutters in the wind before the Sovereign’s Parade at the Royal Military Academy in Sandhurst

During an interview on Britain’s “Today” program on BBC Radio 4, Fallon was asked in what type of scenario would Britain consider using nuclear weapons as a preemptive strike option, he replied: “In the most extreme circumstances, we’ve made it very clear that you can’t rule out the use of nuclear weapons as a first strike.” END_OF_DOCUMENT_TOKEN_TO_BE_REPLACED

In a speech before Ninestiles School, in the city of Birmingham, Cameron articulated a view of the Islamist threat that, just a couple of years ago, few else in British politics would have dared to support.

In a report for BBC Radio 4, the journalist John Ware described Cameron’s speech, and the government’s proposed counter-extremism measures, as “something no British government has ever done in my lifetime: the launch of a formal strategy to recognize, challenge and root out ideology.” END_OF_DOCUMENT_TOKEN_TO_BE_REPLACED

It’s interesting, to say the least, that the KGB knew nothing about Cameron then, but somehow still knew about the situation and motive.

KGB agents tried to recruit a 19-year-old David Cameron as a Cold War spy during his gap year travels in the Soviet Union.

Or so the story goes when told by the Prime Minister.