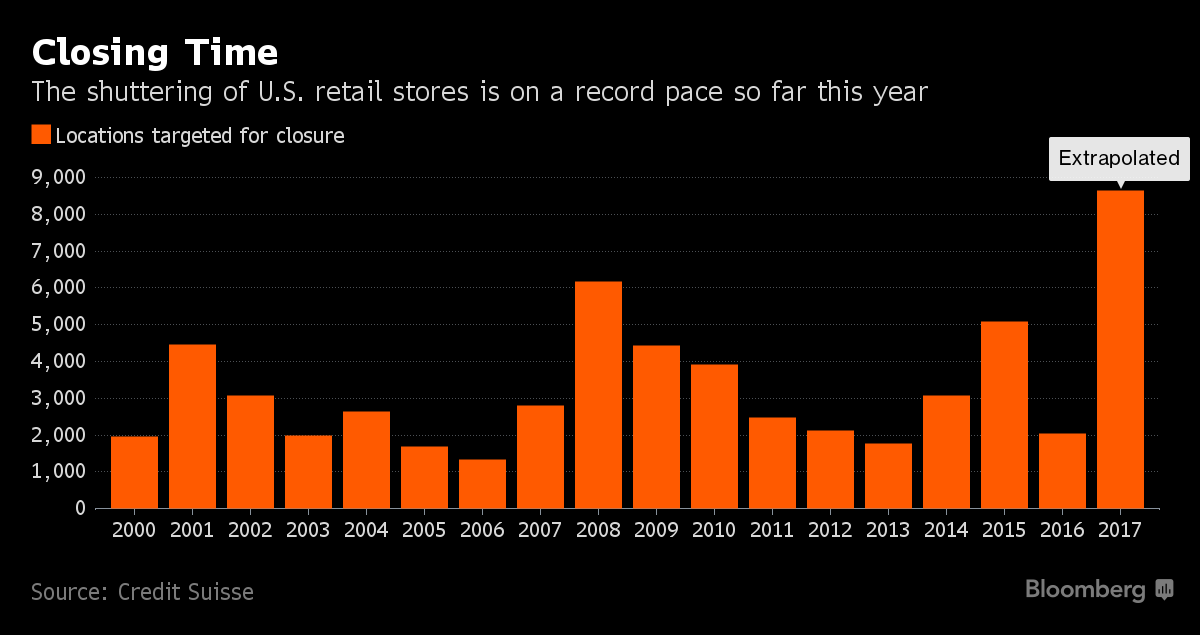 At the bottom, the seemingly ubiquitous Payless Inc. shoe chain filed for bankruptcy and announced plans to shutter hundreds of locations. Ralph Lauren Corp., meanwhile, said it will close its flagship Fifth Avenue Polo store — a symbol of old-fashioned luxury that no longer resonates with today’s shoppers. END_OF_DOCUMENT_TOKEN_TO_BE_REPLACED

Germany seems to be enacting plan B for its European conquest: Consolidate and strengthen.

HARDLINE German minister Wolfgang Schaeuble has warned the only way Greece’s loans can be written off is through the country leaving the eurozone, as the debt crisis once again blows up.

Angela Merkel’s finance chief ruled out cutting the amount of money owed by the struggling Mediterranean state in an interview on German television.

He insisted creditors must keep the pressure on Greece to meet the strict terms of its bailout programme or kick it out of the single currency.

Markets reacted with alarm after the minister raised the prospect of a Grexit. END_OF_DOCUMENT_TOKEN_TO_BE_REPLACED

Not only is espionage in the form of technology theft a serious issue, but the Chinese have also been manufacturing microchips Americans use [i.e. Huewei smartphones — founded by a PLA engineer on behest of the CCP (See also HERE)]… and it’s not limited to the average American consumer, but the U.S. military as well.

A U.S. defense contractor was threatened with bankruptcy by Chinese hackers seeking jet fighter logistics secrets, according to the Pentagon’s Joint Staff.

A report earlier this month by the Joint Staff’s J-2 intelligence directorate revealed that the American contractor, a company involved in classified defense work, was threatened by Chinese hackers, according to Pentagon officials familiar with the report.

The Chinese demanded access to the company’s intellectual property, and said unless the company secrets were provided, China would steal the data, reverse engineer it, and then sell it internationally in a bid to force the company into bankruptcy. END_OF_DOCUMENT_TOKEN_TO_BE_REPLACED

The problem is that Deutsche is too big to fail — more precisely, that the new Basel III bank resolution procedures now in place are unlikely to be adequate if it defaults.

Let’s review recent developments. In June 2013 FDIC Vice Chairman Thomas M. Hoenig lambasted Deutsche in a Reuters interview. “Its horrible, I mean they’re horribly undercapitalized,” he said. They have no margin of error.” A little over a year later, it was revealed that the New York Fed had issued a stiff letter to Deutsche’s U.S. arm warning that the bank was suffering from a litany of problems that amounted to a “systemic breakdown” in its risk controls and reporting. Deutsche’s operational problems led it to fail the next CCAR — the Comprehensive Capital Analysis and Review aka the Fed’s stress tests – in March 2015. END_OF_DOCUMENT_TOKEN_TO_BE_REPLACED 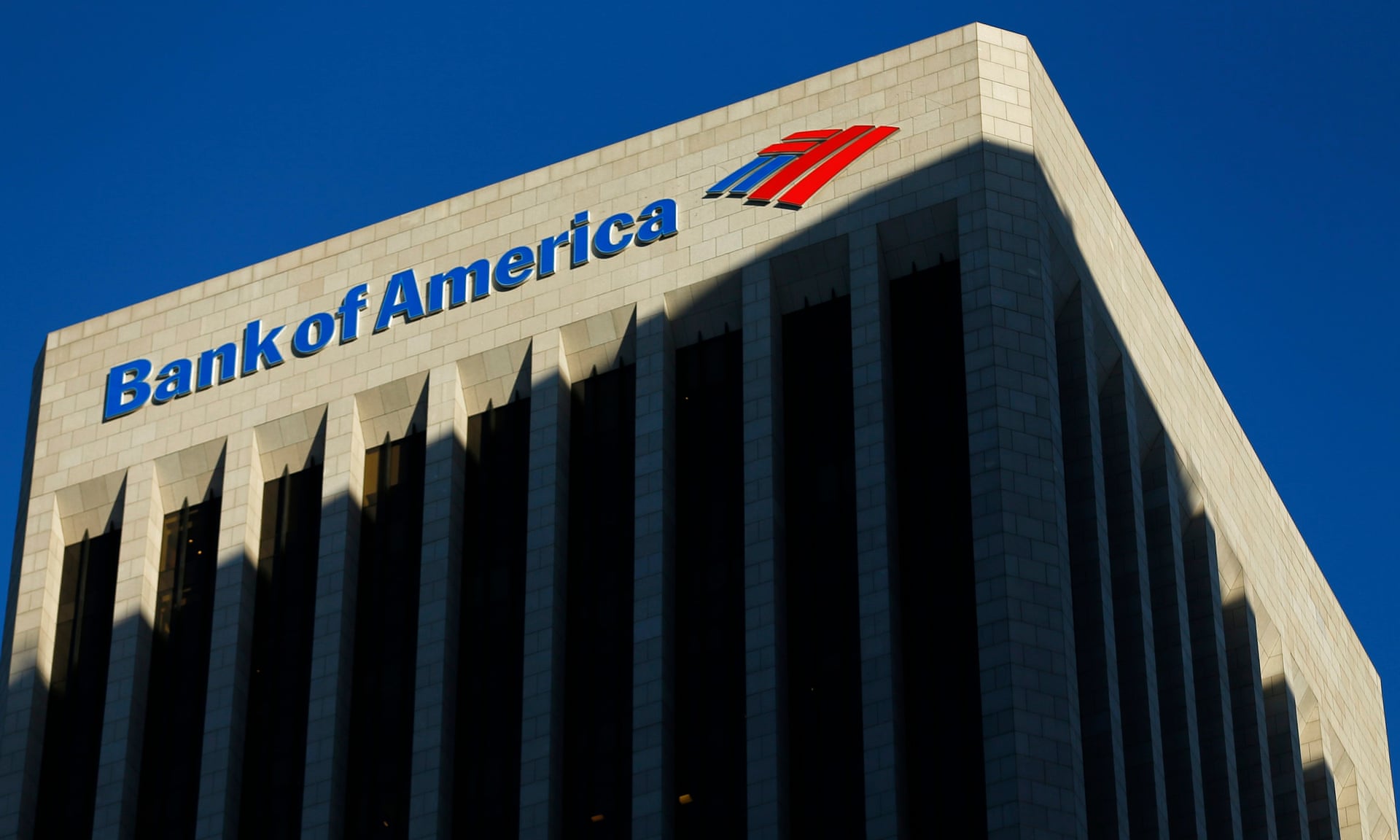 END_OF_DOCUMENT_TOKEN_TO_BE_REPLACED

Obama’s war on coal is succeeding as he’s making good on his threat to kill the industry:

Peabody Energy, the world’s largest private-sector coal producer, filed for bankruptcy on Wednesday in a U.S. court, citing “unprecedented” industry pressures and a sharp decline in the price of coal.

The company said it will continue to operate while in bankruptcy, while working to reduce debt and improve cash flow. END_OF_DOCUMENT_TOKEN_TO_BE_REPLACED

Those looking for when the next financial crisis might be should set a reminder for January 1, 2018.

That’s when a host of new rules are scheduled to come into force that are likely to further constrain lending ability and prompt banks to only advance money to the best borrowers, which could accelerate bankruptcies worldwide. As with any financial regulation, however, the effects will start to be felt sooner than the implementation date. END_OF_DOCUMENT_TOKEN_TO_BE_REPLACED

Drillers from Houston to Riyadh won’t quit pumping despite the oil glut.

Three major investment banks — Morgan Stanley, Goldman Sachs Group Inc. and Citigroup Inc.   — now expect the price of oil to crash through the $30 threshold and into $20 territory in short order as a result of China’s slowdown, the U.S. dollar’s appreciation and the fact that drillers from Houston to Riyadh won’t quit pumping despite the oil glut. END_OF_DOCUMENT_TOKEN_TO_BE_REPLACED

SAN JUAN, Puerto Rico (AP) — Puerto Rico’s financial future hung in limbo Tuesday as economists and officials warned that the U.S. territory could head down Greece’s path if it is not allowed to declare bankruptcy as it struggles with $72 billion in public debt.

The island prepared to close a troubled fiscal year amid intense investor scrutiny just hours before the first of several multimillion-dollar debt payments is due. It remained unclear whether the government would meet the roughly $400 million obligation due Wednesday, obtain yet another extension from creditors, or default.

Gov. Alejandro Garcia Padilla has said that the overall debt is unpayable and that he will seek a moratorium on payments, although it is still unknown whether bondholders will agree to that or opt to resolve the issue in court. END_OF_DOCUMENT_TOKEN_TO_BE_REPLACED

Are you starting to see who has the most to lose in the Eurozone crisis? If so, you see why Greece might not go. If Greek can’t pay, the German banks cannot survive. Germany is also exposed to $72 trillion in derivatives whereas the nation’s GDP is roughly $2.7 trillion, to put it in perspective. The stakes are high and Greece might have the upper hand after all.

Head of Bundestag Committee on European Union Affairs predicts that Germany could lose billions of euros if Greece goes bankrupt.

Athens may not be able to return €80 billion of economic aid that it received from Germany in case of bankruptcy, Deutsche Welle wrote. END_OF_DOCUMENT_TOKEN_TO_BE_REPLACED

The bank runs are already seen as a foregone conclusion by the Greek government — and are already happening, which is why you see a war on cash. This is also occurring not only in Greece, but other nations. If cash is irrelevant banks cannot go broke because there is no physical liability owed by these same banks.

Please see the following posts for examples in the war on cash:

The War on Cash Is Going Completely Nuts in Europe

The Secret Meeting in London to End Cash

Greece is completely out of money and time is running out to save it from bankruptcy.

The cash-strapped country urgently needs an €7.2billion (£5.6billion) bailout loan to stay afloat, but so far it has been unable to reach an agreement with EU creditors over the terms attached to the cash.

Until Greek and European leaders reach a lasting solution to the crisis, Greece’s future inside the eurozone looks highly uncertain and a so-called ‘Grexit’ a strong possibility.

In the short-term Greece faces a number of debt repayments in June to the International Monetary Fund. END_OF_DOCUMENT_TOKEN_TO_BE_REPLACED

END_OF_DOCUMENT_TOKEN_TO_BE_REPLACED

GREECE raised new fears of eurozone collapse yesterday after saying it could not afford an international loan repayment due next week.

nterior Minister Nikos Voutsis, whose Syriza party was elected earlier this year on a left-wing, anti-austerity ticket,  told Greek TV his country did not have the £1.1 billion expected by the International Monetary Fund on June 5.

The Greek government is being told by the IMF and EU to make more reforms in exchange for a further £5 billion in bailout cash to stave off bankruptcy.

END_OF_DOCUMENT_TOKEN_TO_BE_REPLACED

Because of the interconnectedness of the world economy, if Greece does truly fall apart and cause the currency bloc to crumble, it will spread to South America. South America’s weakest countries, such as Argentina or Venezuela or both, would be the most likely to take the hit and then collapse. From there, it will spread north up to Mexico which would then take a hit and go through the same process. When the falling dominoes reach Mexico, the United States has two weeks before it will suffer the same fate. Respectively, ordinary Americans will have a buffer of two weeks time to withdraw all the cash they can from the bank.

Keep your eyes wide open and remain on guard. The world is too interconnected and is one catastrophe away from implosion.

Greece cannot make debt repayments to the International Monetary Fund next month unless it achieves a deal with creditors, Interior Minister Nikos Voutsis said on Sunday, the most explicit remarks yet from Athens about the likelihood of default if talks fail.

Meanwhile, Finance Minister Yanis Varoufakis said it would be “catastrophic” if Greece left the euro, predicting it would be “the beginning of the end of the common currency project”.

Shut out of bond markets and with bailout aid locked, cash-strapped Athens has been scraping state coffers to meet debt obligations and to pay wages and pensions. END_OF_DOCUMENT_TOKEN_TO_BE_REPLACED

The Greek government has ordered a mandatory transfer of cash reserves from state-owned enterprises to its central bank, in a desperate bid to gather enough cash to remain solvent.

Citing “extremely urgent and unforeseen needs”, the government issued the decree which will also apply to local government authorities. END_OF_DOCUMENT_TOKEN_TO_BE_REPLACED