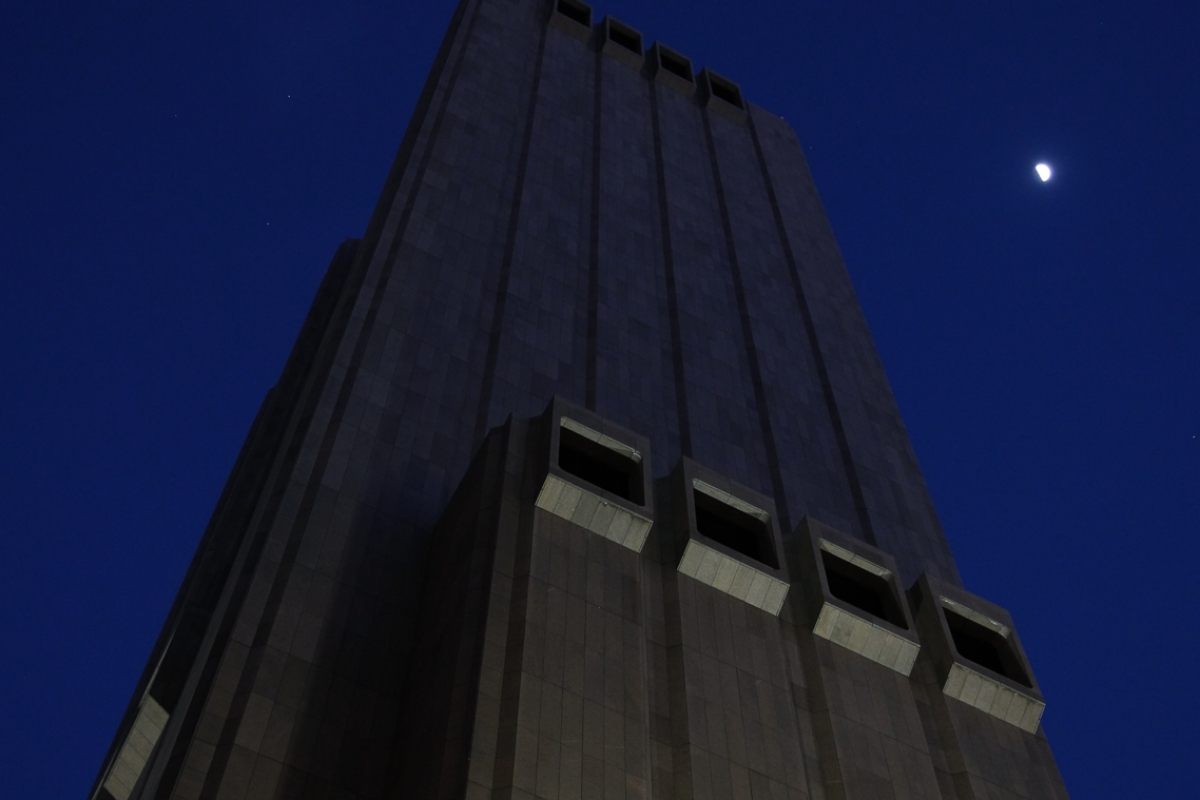 The building was designed by the architectural firm John Carl Warnecke & Associates, whose grand vision was to create a communication nerve center like a “20th century fortress, with spears and arrows replaced by protons and neutrons laying quiet siege to an army of machines within.” END_OF_DOCUMENT_TOKEN_TO_BE_REPLACED