According to the article, the crypto asset has been developed in cooperation with the Parsian Bank, the Bank Pasargad, Bank Melli Iran and Bank Mellat. Iran Fara Bourse, an over-the-counter (OTC) cryptocurrency exchange, will reportedly list the new cryptocurrency. END_OF_DOCUMENT_TOKEN_TO_BE_REPLACED

Kurz has proudly declared that his religion guides his politics. Which religion is that? The same one that has powered the Holy Roman Empire in the spirit of Charlemagne for centuries! We are witnessing the seventh and final incarnation of this bloody empire. God’s Church has warned about this for over 80 years! END_OF_DOCUMENT_TOKEN_TO_BE_REPLACED

A stable world order is a rare thing. When one does arise, it tends to come after a great convulsion that creates both the conditions and the desire for something new. It requires a stable distribution of power and broad acceptance of the rules that govern the conduct of international relations. It also needs skillful statecraft, since an order is made, not born. And no matter how ripe the starting conditions or strong the initial desire, maintaining it demands creative diplomacy, functioning institutions, and effective action to adjust it when circumstances change and buttress it when challenges come. END_OF_DOCUMENT_TOKEN_TO_BE_REPLACED

WHO requires the vaccination of at least 95 per cent of the young children population for community resistance to be preserved, offering protection also to people without resistance to a given disease. These are primarily people who have not been vaccinated because of medical contraindications. Only in five countries of the European Union is over 95 per cent of the population vaccinated with two doses. Thus, in Poland for example, where vaccination against measles is mandatory, there were 34,000 refusals to vaccinate in the first half of this year, that is more than in the whole of the previous year. There have been almost 140,000 instances where Polish parents refused to vaccinate their child over the past eight years. END_OF_DOCUMENT_TOKEN_TO_BE_REPLACED

The new Black Sea gas pipeline Turkish Stream will run under sea from Krasnodar to a landing hubv just west of Istanbul. On November 19, presidents Vladimir Putin and Recep Tayyip Erdogan met in Istanbul to announce the completion of pipeline’s off-shore section. END_OF_DOCUMENT_TOKEN_TO_BE_REPLACED

Their budget proposal which included both tax cuts and universal income blew past the EU budget limit of 2.0% of GDP, coming in at 2.4%. It has put their Finance Minister, Giovanni Tria, in a difficult position because Tria doesn’t want to negotiate this budget with Brussels, preferring a less confrontational, read more pro-EU, approach. END_OF_DOCUMENT_TOKEN_TO_BE_REPLACED She followed in the footsteps of her Austrian counterpart and the NATO Secretary General who also came to the country to show their support for its government’s proposal to rename it “North Macedonia”. This so-called “compromise name” was agreed to with Greece earlier this summer and would subsequently allow the country to be fast-tracked into the EU and NATO after Athens drops its objections to its membership that were previously made on the supposed basis that Macedonia’s constitutional name implies territorial claims against it. END_OF_DOCUMENT_TOKEN_TO_BE_REPLACED

Ever since, however, the tide has turned again, and Europe’s drift to the right, coupled with the ongoing demise of center-left parties, has continued. Highlights of the past year included a strong performance by the Alternative für Deutschland in Germany (they are polling second behind Angela Merkel’s CDU right now), a right-wing coalition government in Austria, and the Italian election in March, which saw two “populist” movements come to power together (and since then causing havoc on the European level). END_OF_DOCUMENT_TOKEN_TO_BE_REPLACED 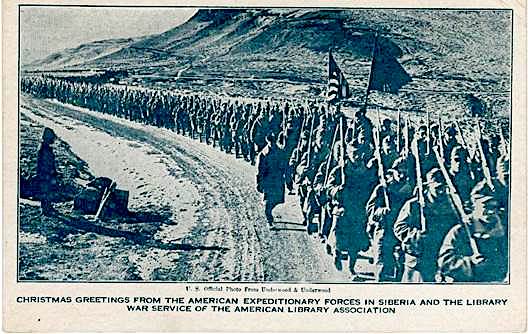 END_OF_DOCUMENT_TOKEN_TO_BE_REPLACED

SAN ANTONIO, Tex. (INTELLIHUB) — It’s not the first time that U.S. plutonium has gone missing but more than a year later the radioactive material which can be used to make a dirty bomb has not been recovered, according to a new report. END_OF_DOCUMENT_TOKEN_TO_BE_REPLACED

END_OF_DOCUMENT_TOKEN_TO_BE_REPLACED

Speaking to public broadcaster ORF, Chancellor Sebastian Kurz said: “efforts are underway to create protection centers outside of Europe where we can accommodate refugees, offer protection but not a better life in Central Europe.” END_OF_DOCUMENT_TOKEN_TO_BE_REPLACED